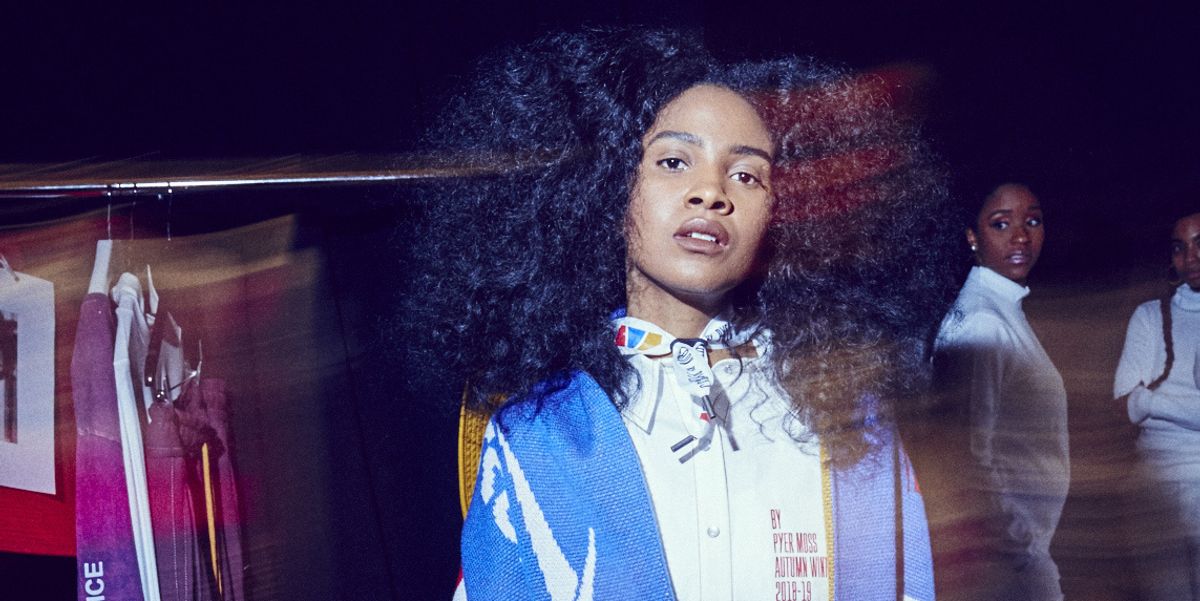 Pyer Moss designer Kerby Jean-Raymond has never shied away from activism, imbuing past collections with a political spirit long before Donald Trump was elected to office and brands found themselves in the midst of important cultural conversations. For his Fall 2015 show, for instance, Jean-Raymond screened a 15-minute video about police brutality and the black community that resulted in death threats from the KKK. This season, he continued that thread by incorporating a gospel choir singing anthems of black empowerment, including Kendrick Lamar's "Alright" which was adopted by the Black Lives Matter movement as an uplifting rallying cry.

Where some designers might find their actual pieces outshone by such potent political messages, Jean-Raymond is able to articulate a message all while still presenting a coherent, dynamic collection. For inspiration, he drew on the black cowboys of the 19th century, including one of the lesser-known era's first rodeo stars, Bill Pickett. Archival images of Pickett and his peers informed the collection's Western vibe, which manifested in patchwork leather jackets, contrast stitching, and chap-like baggy pants. The collection also included womenswear for the first time, though most of the silhouettes and sizing could be worn by either sex. The Western-wear was crossed with Jean-Raymond's streetwear sensibility, including a nod to cult black-owned brand Cross Colours, whose mission in the 90s was "clothes without prejudice," and whose founder Carl Jones told Vogue backstage that a larger collaboration with Pyer Moss is in the works.

Jean-Raymond's collaboration with Reebok was also on display: a deconstructed version of the athletic wear brand's logo showed up throughout the collection, in addition to a remix of its classic sneaker.

Check out photos from Pyer Moss' presentation by Andrew Boyle, below.