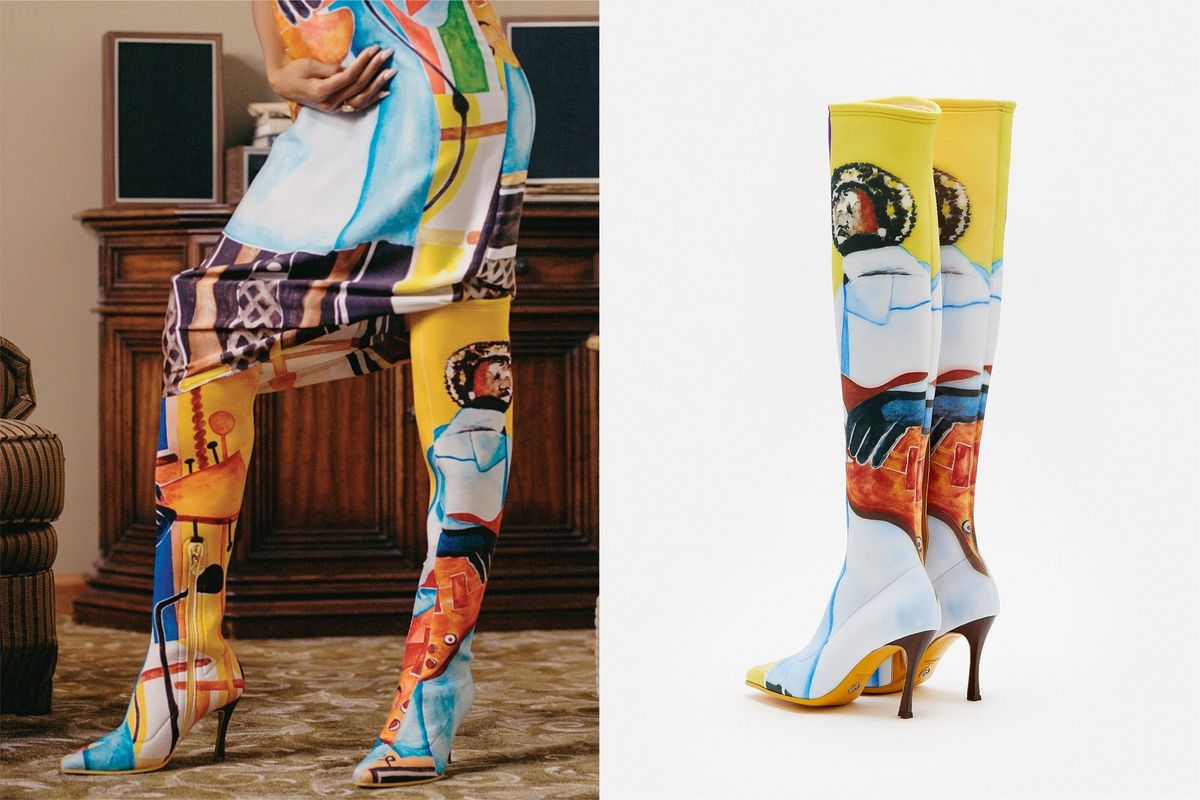 Today, the designer has tapped her longtime friend and the CFDA's 2020 American Menswear Award winner Kerby Jean-Raymond, founder and creative director of Pyer Moss, for a full range of footwear, out now.

Collection 3 celebrates the legacy of Sister Rosetta Tharpe, the Black singer-songwriter who helped birth Rock 'N' Roll with her signature blend of spiritual lyricism and harsh rhythms. In her honor, several of the Brother Vellies by Pyer Moss iterations infuse artwork by the recently exonerated artist Richard Phillips, and each custom piece serves to commemorate Tharpe's pivotal mark on the music world.

James and Jean-Raymond directly collaborated on each silhouette, melding their respective design aesthetics into a singular, impactful identity across the range.

"I am proud of what my friend Aurora and I created," said Jean-Raymond. "Collection 3 was partly inspired by Sister Rosetta Tharpe and other Black women in music so honoring their contributions by collaborating with Brother Vellies felt like home."

Shop the Brother Vellies by Pyer Moss collection on PyerMoss.com and BrotherVellies.com.