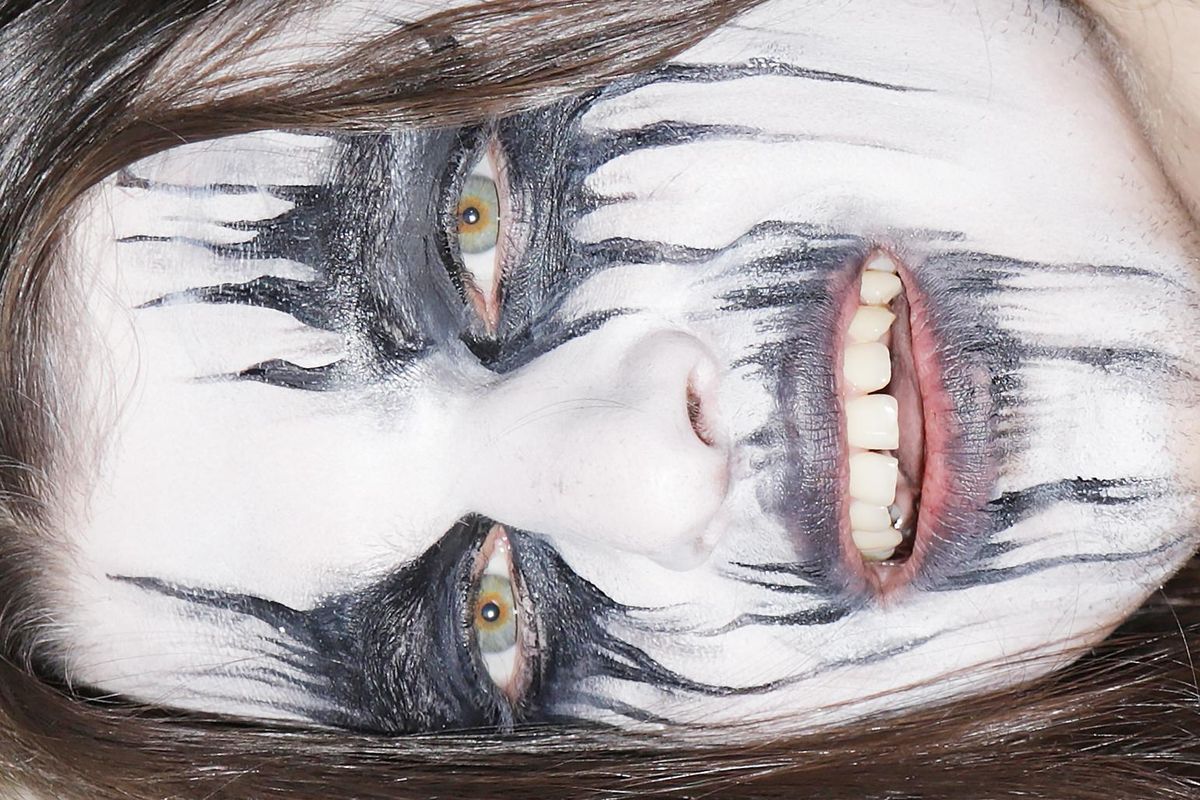 Go Behind the Scenes of Pussy Riot's 'Rage' Video

Their latest music video, for the song "Rage" from their upcoming album of the same name, drops as the band campaign for the release of the Russian opposition leader Alexei Navalny. As well as the release of one of their own: founding Pussy Riot member Masha Alekhina, currently detained in Moscow and facing two years in jail after protesting Navalny's arrest.

The band gave PAPER these exclusive behind-the-scenes photos from the video shoot, which took place a year ago in St. Petersburg and features more than 200 LGBTQ+, feminist, anti-authoritarian Russian activists. And yes, there was a police raid during filming, so the clip ended up being cobbled together from what was shot before the cops literally cut their electricity and blocked off the roads around the studio. Twelve activists, including Pussy Riot's Nadya Tolokonnnikova, were arrested after being accused of creating "gay propaganda" and detained for five hours.

Alexei Navalny is the most well-known Russian politician to show dissent for Vladimir Putin. He was arrested on January 17, after returning to Moscow from an exile in Germany, after fleeing to the latter country after being allegedly poisoned by the Kremlin. His arrest has spurred mass protests in Russia over the past two weeks, which in turn have resulted in thousands of arrests.

One of these arrests, Masha Alekhina, is facing what could be the most serious state punishment imposed on a member of Pussy Riot yet, for her "violation of sanitary and epidemiological rules." In the band's own words, "This is the face of Putin's Russia. They clearly have nothing else to do, but to put Pussy Riot in jail over and over again."

Feeling a tad angry yourself? Pussy Riot encourages you to participate in their activism by taking the following steps.

1. POST A 10-SEC CAMPAIGN CLIP OR THIS CAMPAIGN PICTURE

3. ATTACH A LINK TO THE FULL "RAGE" VIDEO: https://youtu.be/ZUiU8QamHi0

4. WRITE IN YOUR OWN WORDS: I stand with Pussy Riot. Russia will be free.

Plus, head to Pussy Riot's YouTube channel this Wednesday February 3 for a conversation between Noam Chomsky, Nadya Tolokonnikova and The University of Underground's Dr. Nelly Ben Hayoun about political repression in Russia.

Watch the "Rage" music video, above, and stream it, below.