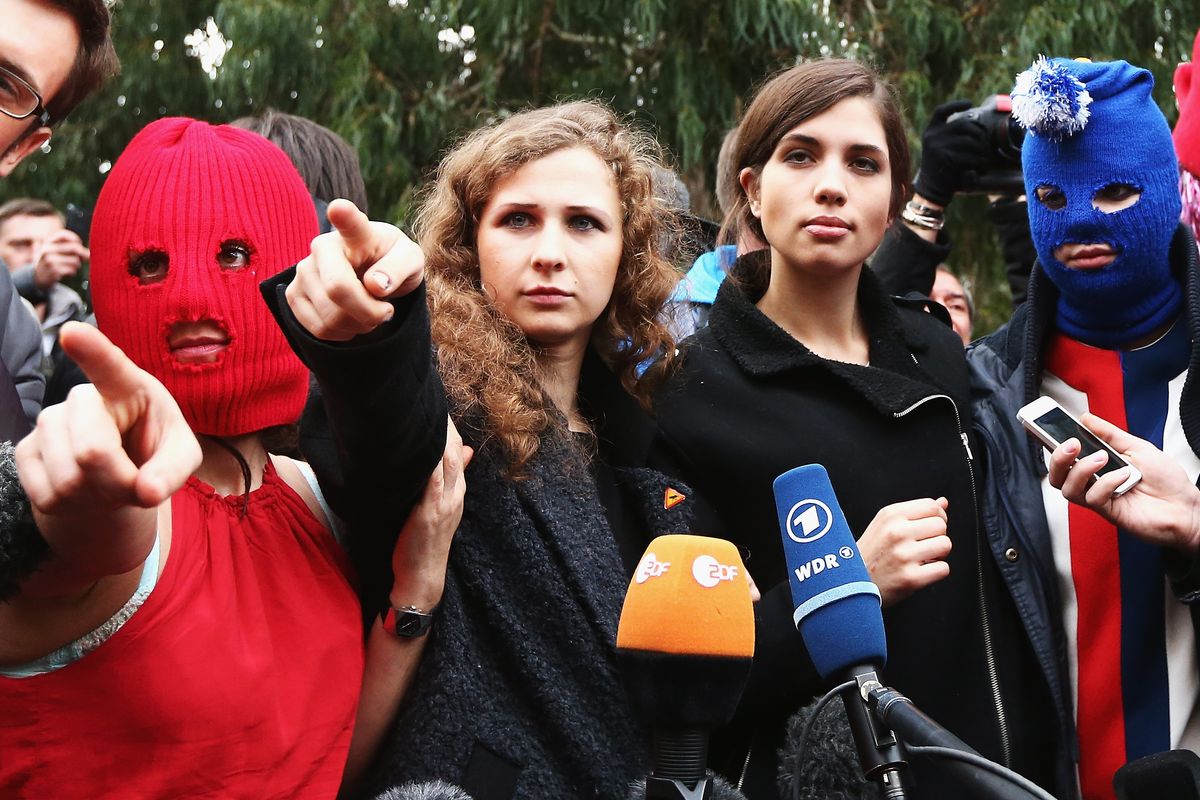 Friends, its time to close those Urban Outfitters tabs and redirect those funds to the arts because Pussy Riot needs your help put on an autobiographical show in London for eight weeks.

Theatre company Les Enfants Terribles have created "Inside Pussy Riot," an immersive theatre piece that will cover Pussy Riot's "epic ordeal when they were arrested, forced through a flawed judicial system and finally transported to a Russian jail," staged in London's Saatchi Gallery. The band has launched a Kickstarter campaign to raise funds for the show, with rewards including T-shirts, a signed book of prison tattoos,mart by Pussy Riot, and a tour of Moscow with co-creator Nadya Tolokonnikova. Tolokonnikova is also slated to make an appearance in various shows over the play's eight-week running time, including opening night.

"I'm asking for your support in an exciting new project," the frontwoman said in a statement. "The audience will actually get the chance to re-live each one of these experiences themselves in London, learning what it means to be a political opponent in Russia today. We'll take you on a journey from the cathedral altar deep into the vaults of the Kremlin itself. Hopefully, this is a journey that you'll only have to make once in your life."

Check out the promotional video below, and contribute to the cause here.