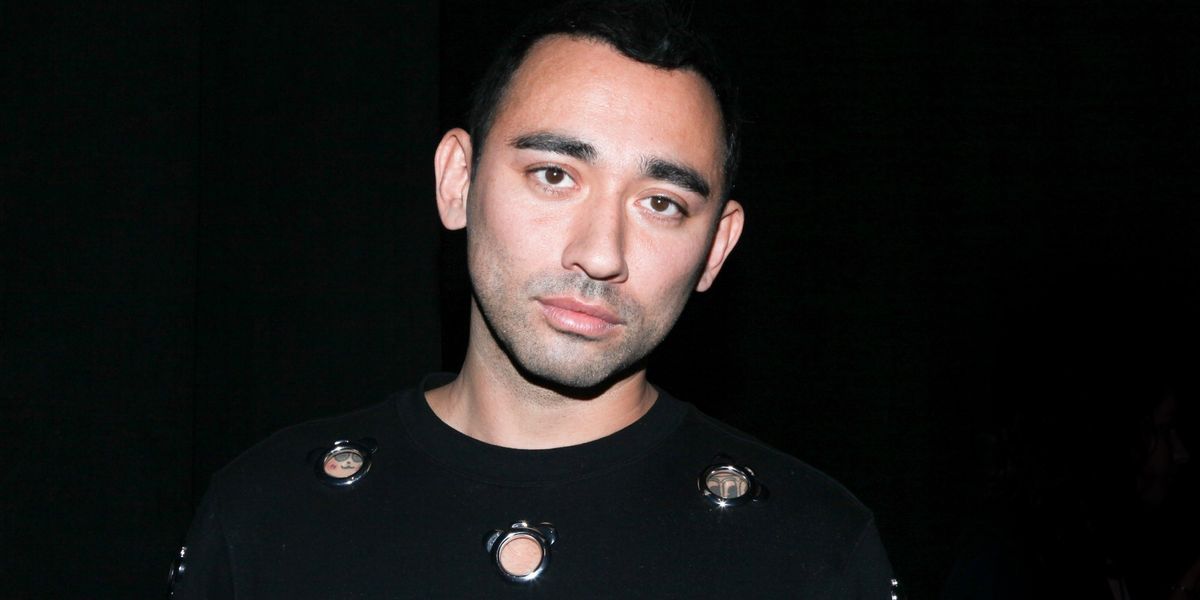 Though the idea of gender-fluidity (in its loosest capacity) is far from being a new concept in fashion, only recently has a truly “agender" perspective on style penetrated the mainstream industry -- with more and more big-name labels pushing the boundaries of "gender." Redefining traditional notions of femininity and masculinity alike, the destruction of the gender binary is steadily becoming an unstoppable reality -- and one of the major players at the forefront of all this is none other than Nicola Formichetti, artistic director of the Italian brand “Diesel," and the creative mastermind behind genderless street style fashion label, “Nicopanda." As such, we took some time to talk with the designer about pushing boundaries, challenging the binary and melding East with West in his designs, as well as what the future of Nicopanda (and fashion at large) looks like.

In your own words, how would you define agender fashion?

To me, it's all about freedom. It's about having a choice as to who you want to be, without being constrained by who society is telling you to be. When you see little kids, they are completely free. They're just like, “whatever." You'll see a boy wearing a little dress, or a tomboy. I feel like that's how we should all be. I try to incorporate that idea of freedom in my clothing. I create extreme clothing, either very masculine or very feminine, and put it on both men and women.

So what does it take to create a genuinely agender fashion line, and why does “Nicopanda" hit all the right marks in comparison to other binary-defying collections (for example Zara's genderless collection)?

For me it's about upholding a certain standard, about pushing boundaries and moving forward. Of course, it might be a little “too much" for some people, but if we don't push our ideas, we will never be accepted on a global scale. Fashion in general needs to explore the new, and stop doing just the typical stuff.

What is the symbolism behind the name “Nicopanda", and how does “Hello Kitty" play into the origins of the label?

I was born in Japan, and I wanted to do a collection based on the Japanese "Kawaii" inside-me, and Hello Kitty is a symbol of that. But Nicopanda specifically used to be my nickname. I'm an Asian bear, like a panda, so it started as kind of like an inside joke. Nicopanda was born almost like a genderless black and white punk version of Hello Kitty. The blank quality of the Nicopanda logo was meant to be used as a canvas on which to draw whatever you like, as if creating your own avatar of the future.

What would you say is your biggest inspiration in terms of designing streetwear?

I consider myself to be a nomad. I love mixing high and low, street and high fashion, Eastern and Western culture. It's all about creating a hybrid -- like me! As part of my latest collection we took very feminine garments like bras and corset, and merged those elements with more masculine designs like a bomber jacket or men's trousers. That's who I am -- a blend of cultures and genders.

NICOPANDA on Instagram: “Get into this #nicopandaSS16 essential: the Oversized Parka with convertible kangaroo pouch. Shop at nicopanda.com now”

As an award-winning director of the world-renowned brand "Diesel" (a label that isn't necessarily known for an agender approach to fashion), how do these more traditional notions of masculinity contrast your current work?

Actually, I've been working with the idea of gender and sexuality with Diesel for a long time now. For last season's campaign we shot a very masculine looking girl next to a feminine looking boy wearing the same outfit. Diesel in the 90s got famous for commenting on culture in its advertisements, and it has since become part of the brand's DNA. We were the first brand to have gay sailors kissing, even though it stirred up a lot of controversy at the time. With denim at its core – being a very neutral garment – we will be able to take things to the next level this upcoming season, so stay tuned!

The launch of your 2014 ready-to-wear collection skyrocketed the brand from cult cartoon merchandise to fully-fledged fashion label. What inspired that transition?

When I was younger I used to go to fashion stores, but I didn't have money, so I always looked for the cheapest thing in the store, so I could at least buy something. And it was this idea of “being part of something," that made me want to create accessible items for those who wanted to be part of my world. It was like my present to my community. Later, organically people started asking me to create something more fashion-oriented. They wanted a dress, a jacket etc. So I thought, “OK, I can evolve and do more of a collection, so people can become part of my world in a different way."

NICOPANDA on Instagram: “Get into this #nicopandaSS16 essential: the Oversized Parka with convertible kangaroo pouch. Shop at nicopanda.com now”

Born as an “all-are-welcome" approach to fashion, does this refer only to the age/gender aspect of the brand, or does this also apply to “Nicopanda" in terms of price-tags?

One of my main goals when creating my fashion line was keeping my designs at a reasonable price. I'm more into inclusiveness than exclusives. Exclusiveness doesn't feel right to me. Obviously we're not making a mass-produced product, so we can't make it as cheap as some of the fast fashion brands out there, but at the same time, we're not a high fashion brand where the margins are really high in order to create the illusion of exclusivity. I've always stayed very truthful and honest about that. I'm not in it for the money. I just want to create something cool that people want to wear, that's very inclusive and affordable. It's so nice to see kids wearing your stuff on the street or people tweeting that they like the collection. That's what really matters. That's why we created our new accessory line, it's something even more people will be able to afford, and it also casts a wider audience. It allows us to include those who aren't as comfortable with more extreme clothing.

With China as the company's biggest market -- and Asian sales making up 51 percent of the business -- do you design with the Asian market in mind or was it more of a coincidental/natural fit?

I was born in Asia, so naturally my cultural background has influenced my work, but I never really thought it in terms of marketing. I just wanted to create something that was close to my heritage, something that was close to who I am. However, people tend to relate to it much easier in the East than the West, [but] hopefully it will become even more of a global phenomenon given the digital world we live in.

How do you think Nicopanda's genderless approach to fashion will impact the current fashion landscape?

I don't know what other people are going to do. The only thing you can do is do your thing and do your best. But what I do know, is that the creators around me are all kind of thinking the same thing. I think it's great when those things happen because your voice becomes even bigger. It's always better to do it in a group than by yourself. There's obviously a market for it, and slowly but surely, it's getting out there.

What does the future hold for your label? How will you continue to push the boundaries of alternative masculinities?

I would love for there to be no more rules or boundaries when it comes to fashion. Sometimes we feel more feminine and the next day we feel more masculine, I would love for people to dress in the way they feel like that day. As a brand, I would love to put all those feelings together in one collection, so that the customer can chose for themselves what they want to dress like that day, without being scared, and in doing so, creating more freedom. I love people taking risks. I wish the world would become like that.