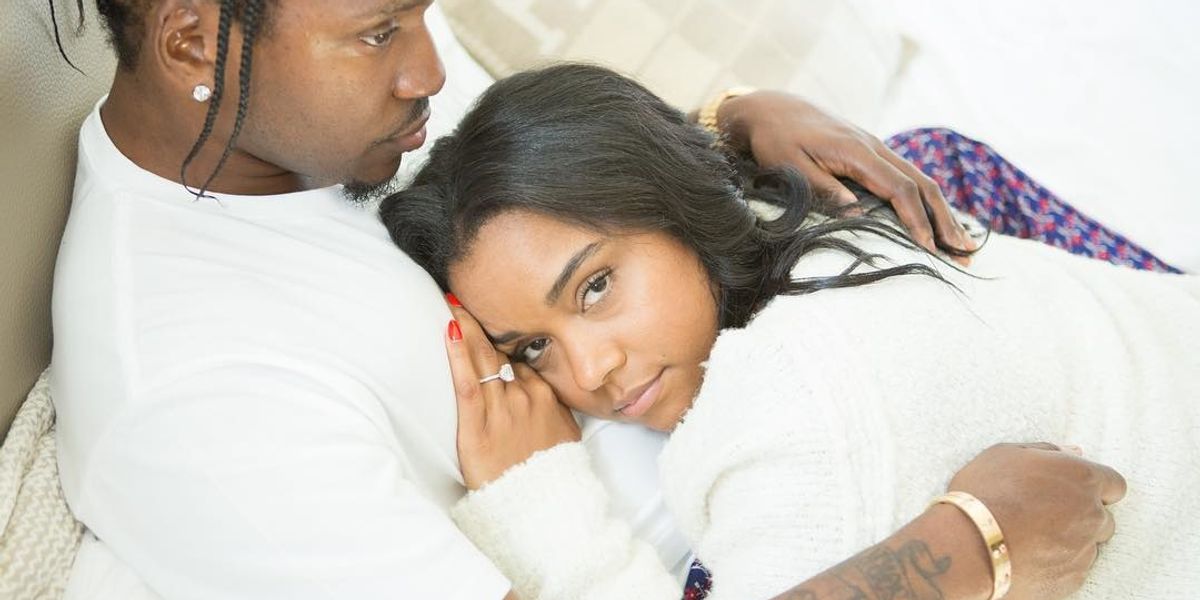 Pusha T just got hitched to long-time girlfriend Virginia Joy Williams. TMZ reports that the ceremony went down on Saturday at The Cavalier Hotel in Virginia Beach, VA. Big celebs were, of course, in attendance. Kim Kardashian-West and Kanye West were among the witnesses, and Pharrell Williams was King Push's best man.

Fan accounts on Instagram have posted videos of Kim and Kanye getting ready for the rapper's wedding, with Kim donning a gold Balmain dress. KKW also took to Instagram stories to show how "handsome" her husband looked in a suit. Photos of the invitation with hand-drawn art, and footage of Pharrell toasting with the bride and groom have also surfaced.

According to TMZ, it was a fairly small ceremony, with Pusha T's brother as the officiant. The momentous occasion comes after Pusha — whose real name is Terrence Thornton — dropped his Kanye-produced album Daytona. He and his wife have rarely ever been photographed together, except for pics on Virginia's Instagram.

Back in July, Mrs. Thornton posted a pic announcing their engagement with a photo of her hand sporting a huge rock.

Congrats to the newlyweds!

The Shade Room on Instagram: “Congrats again to #PushaT and his beautiful bride!! 😍 Via: @youngmoney_yawn”