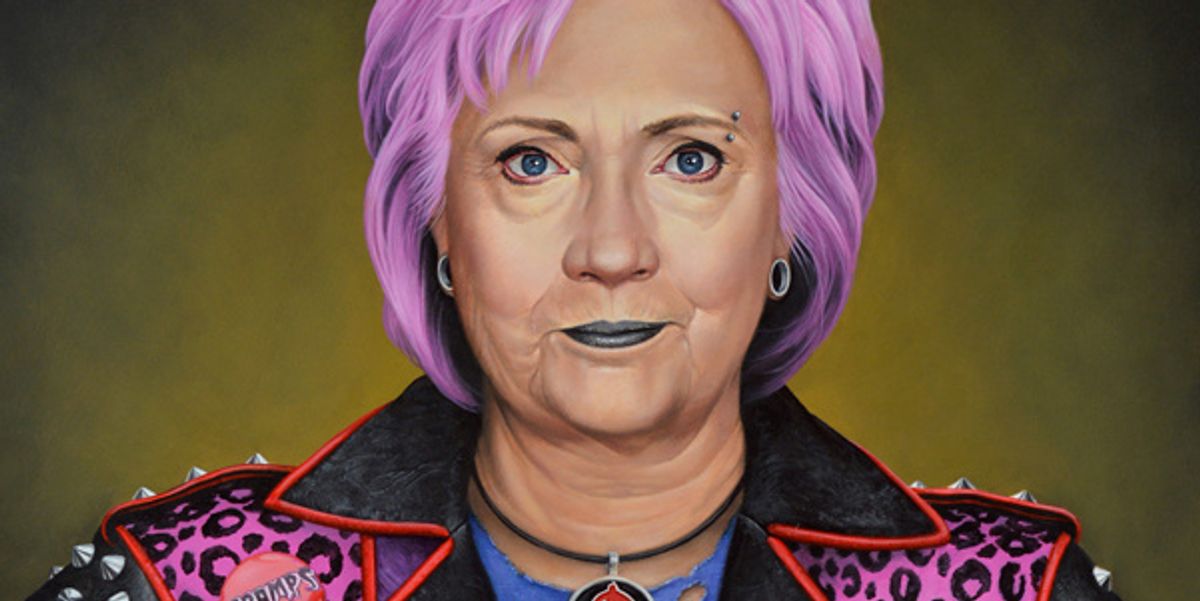 When Scott Scheidly depicted Hillary Clinton as a pink-haired punk, he clearly intended to drum up some type of controversy. What the Orlando-based artist didn't expect is a full-fledged security investigation, which sparked when two security dogs reacted suspiciously this Saturday to a crate containing his work at Art Miami.

Miami Herald reports that police officers shut down the entire area after an 8 a.m. pre-show check. Organizers were forced to clear the site, while the package was searched, uncovering Scheidly's satirical portrait of the Democratic presidential candidate. Police ran the work through an X-ray machine to "err on the side of caution," according to fair director Nick Korniloff, but the painting was nonthreatening.

Scheidly's work, titled Punk Hillary, had been shipped to Florida in a crate alongside his portrait of Donald Trump, which portrays the President as a pimp. Each piece was listed at $4,000 and sold to one collector at Art Miami. They're part of Scheidly's larger "pink series," which features around 50 famous figures, from Adolf Hilter to Queen Elizabeth II, as commentary on power and corruption.

After the false alarm was finally settled, both Punk Hillary and Trump Pimp were hung together with hot pink frames in the Context tent's booth for a gallery called Spoke Art, located in New York and San Francisco.

Punk Hillary by Scott Scheidly (Courtesy of the artist)

Trump Pimp by Scott Scheidly (Courtesy of the artist)