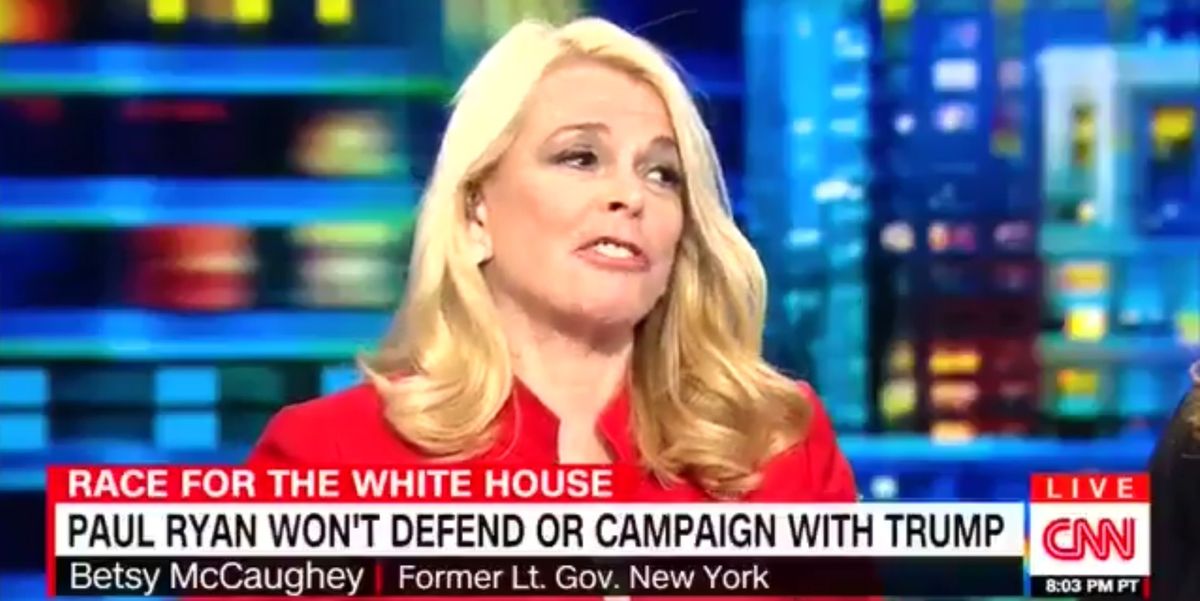 Another day, another thing to scream into a pillow about. Former Lt. Governor of New York and inexplicable Trump supporter Betsy McCaughey went on CNN and, in all seriousness, claimed that Trump's boasts of his sexual assaults were just as bad as the fact that Hillary Clinton likes Beyoncé. No. No no no no no.

What you need to know about Betsy here, is that she "abhors lewd and bawdy language," and this may shock you, she "doesn't listen to rap music and doesn't like that kind of thing." Why doesn't she like rap music? "Because it's full of the f-word, the p-word, the b-word, the a-word..." you know, all the bawdiest words.

And no, as Don Lemon points out, none of these "rappers" she takes issue with are running for president... but SHE'S MAKING A POINT HERE.

Hillary Clinton expresses that she finds the language on that bus horrific, when in fact, she likes language like this: "I came to slay bitch, when he eff me good I take his ass to Red Lobster." That happens to be a line from Beyoncé, her FAVORITE performer, who she says she idolizes and would like to imitate. What I'm saying to you is that there's a lot of hypocrisy in Hillary Clinton expressing such horror at the language on that bus."