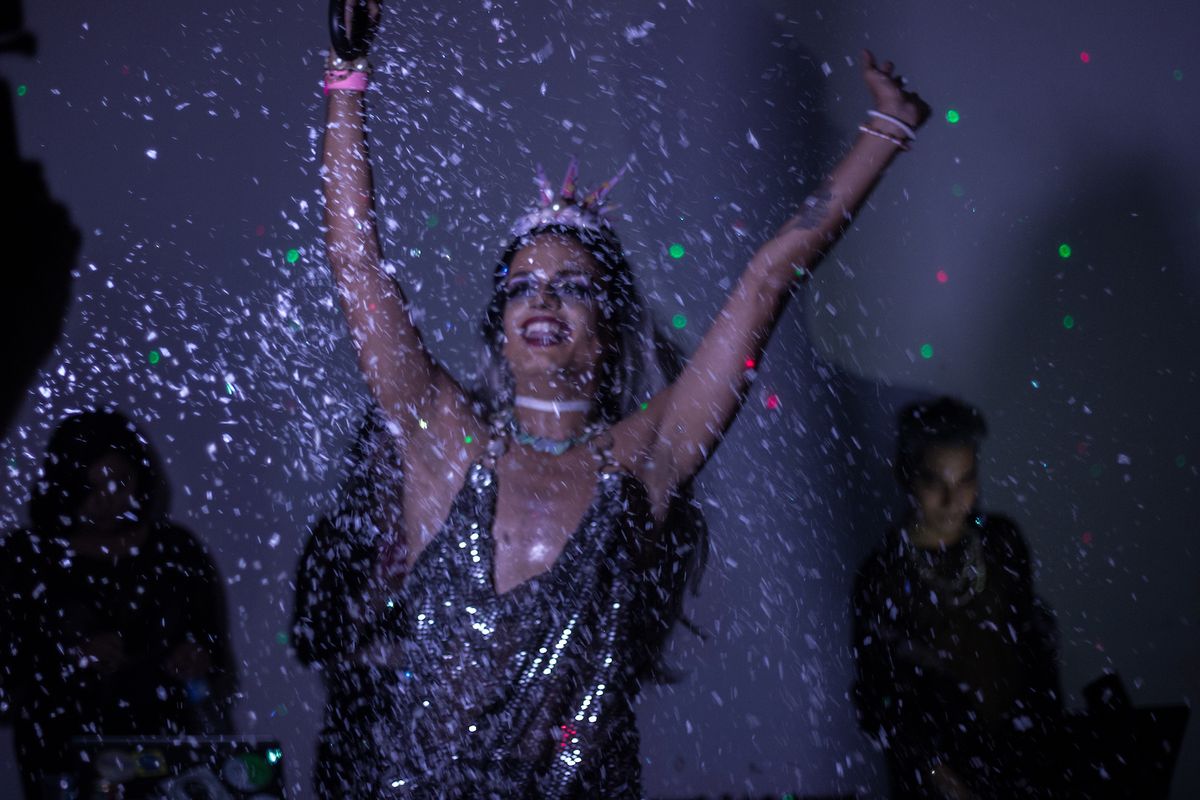 San Juan's Pride Was a Colorful Celebration of LGBTQIA Diversity

The San Juan Pride Parade, the vibrant centerpiece of Puerto Rico's Pride Month celebrations, kicked off around noon on Sunday in the tourism district of Condado at the Parque del Indio, where an estimated 5,000 people gathered. The more than 2-mile march toward historic Old San Juan ended at the expansive green lawn of the Parque del Tercer Milenio, located along the shimmering waters of Playa Escambrón, where a massive stage was graced by some of the island's top drag performers.

Organized by the Colectivo Orgullo Arcoiris (Rainbow Pride Collective), a longstanding advocacy nonprofit, the parade convened groups and individuals representing a wide spectrum of LGBTQIA identities in promotion of this year's theme: "A Puerto Rico of Equality, Diversity, and Respect for Human Rights."

Celebrations continued into the evening, and spilled into the wee hours at unofficial after-parties, too. At El Local, a Santurce DIY venue, queer drag performers drew a still-enthused crowd for a late-night show. More events will follow throughout the rest of Pride Month, including another annual parade and festival next weekend, this one in the southwestern beach town of Boquerón in Cabo Rojo.

As the island is still grappling with the effects of Hurricane Maria and the humanitarian crisis that followed, the parade not only felt like an outpouring of LGBTQIA pride, but also a reflection of the community's hope — and continued fight — for a better Puerto Rico.