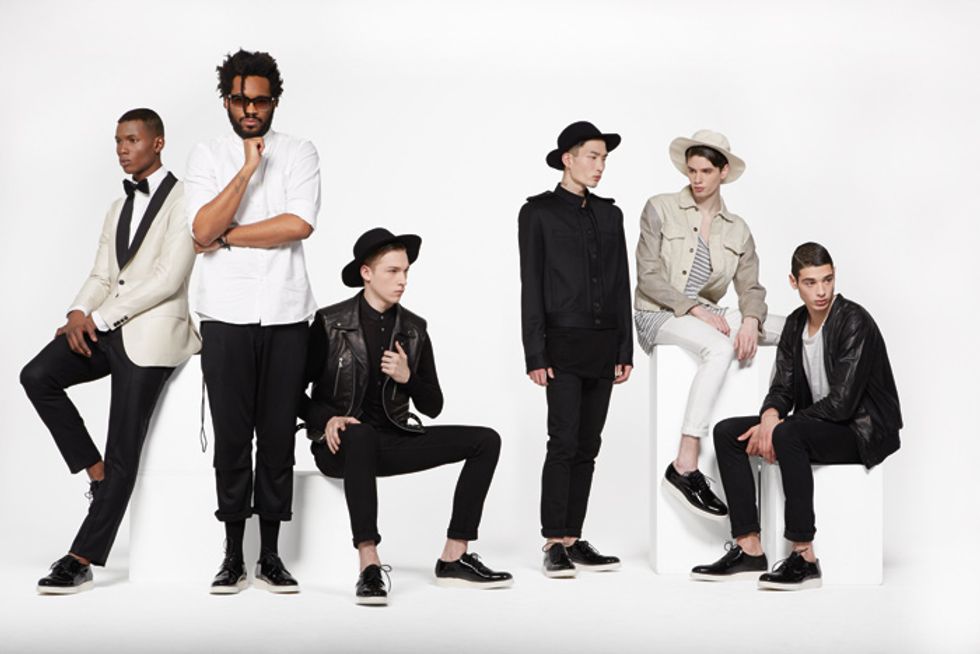 by Mickey Boardman
PAPERMAG
Osborne (second left) with models wearing Public School. Photo by Bill Durgin.
It was announced this morning that Public School's Dao-Yi Chow and Maxwell Osborne will be the new creative directors for DKNY. Chow and Osborne combine New York coolness with a sophisticated take on sportswear that brings to mind the best of classic American fashion. From the beginning, Public School, a seven year-old-brand, was astounding in that they had a completely recognizable identity. In a marketplace where so many designers create unremarkable basics, Public School uniforms its customers in a way that makes them walking billboards for the brand, much the way Rick Owens, Azzedine Alaia or Riccardo Tisci do. Their ascent has been quick, winning the Vogue CFDA Fashion Fund among many other prizes, but they've avoided the hiccups or missteps that often come to designers who are showered with accolades at an early stage in their careers.

DKNY has spent the past few seasons re-branding and upping their cool factor, collaborating with Opening Ceremony on a reissue of vintage DKNY and casting their fashion shows and ad campaigns with New York nightlife fixtures like Brandee Brown, Chelsea Leyland and Vashtie Kola. Chow and Osborne are about to make a secondary line the most coveted brand in the naked city.