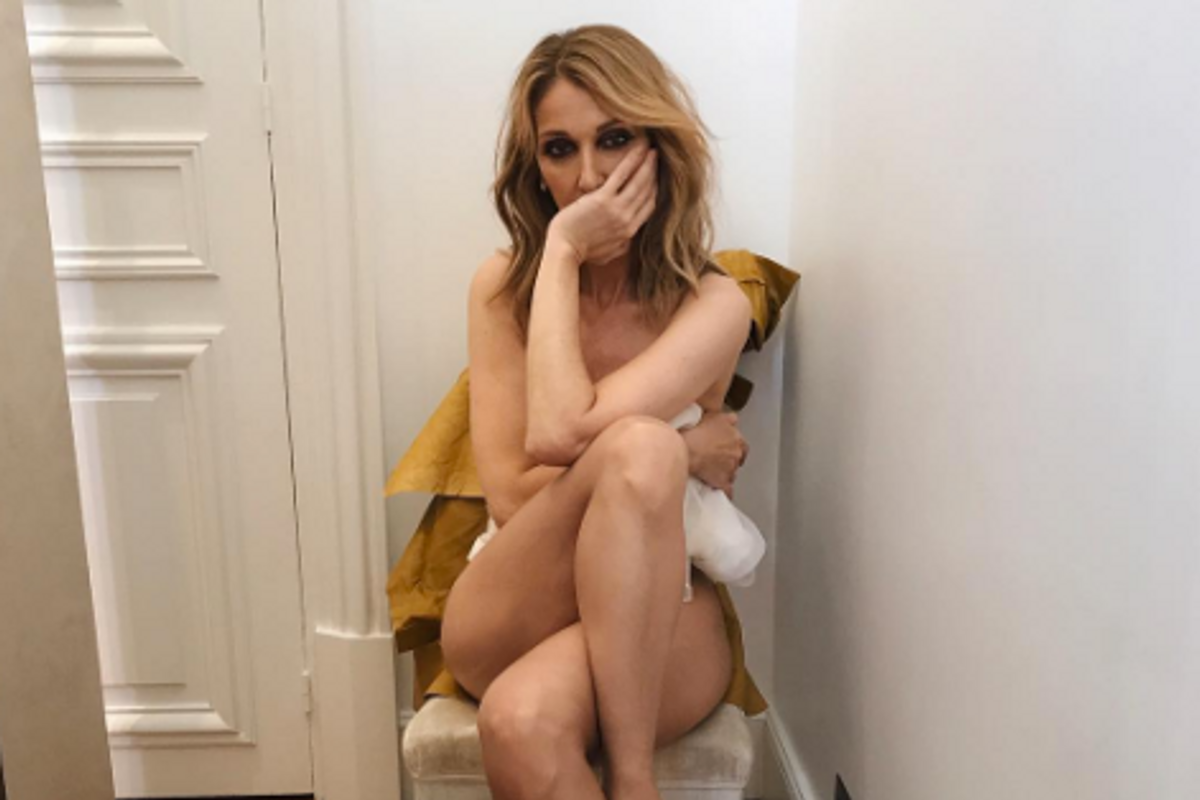 With the help of celebrity stylist Law Roach, Celine Dion has spent the past year captivating the fashion set with her eccentric yet expensive outfits at events, on red carpets, and while just roaming the streets. So it's no surprise that Celine Dion is in Paris right now with the sole purpose of soaking up all the beautiful couture shows (something Katy Perry, a fan of Dion's, is very excited about).

While she's been in the city, the Let's Talk About Love singer has been taking over Vogue Magazine's Instagram page, posting pictures of her various looks alongside long captions that share intimate details about the singer's life and approach to fashion and personal style.

However, in her second post for the takeover, Celine wasn't showing off her designer clothes. In fact, she wasn't showing off any clothes at all. Sitting in a chair with her legs and arms conveniently folded over her private regions, Celine Dion took a bold risk by posting a picture of herself completely in the nude.

"Here's a little naked fact to ponder while Celine Dion changes looks between shows," the caption begins. Though many of the singer's other captions have referenced, specifically, what she was doing in the picture to which it is attached, this caption tells a story about Celine Dion's power when it comes to wearing couture — a style she's been wearing "near exclusively for her own performances" in the past five years, since the singer needs many things customized, such as the addition of "velcro panels to allow for her ribcage to expand" while she's belting out the words to "My Heart Will Go On."

Well, I think it's safe to say that it's all coming back to me now.

Take a peep below.