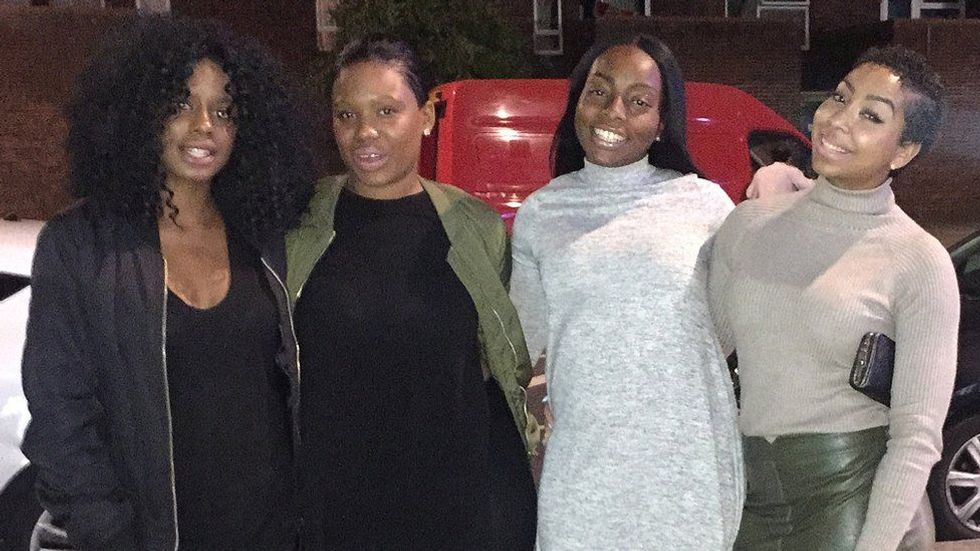 By Keenan T. Smith
PAPERMAG
DSTRKT, a celeb-filled London nightclub threw an event for Karrueche Tran, model and ex-girlfriend of Chris Brown, yesterday night -- however the event also brought protestors to the scene, following a social media campaign against the club for allegedly denying entrance to a group of black women.
Holding up signs with the hashtag #DoILookDstrkt? and "Black is Beautiful, " the protesters were responding to the fact that the women were excluded due to their race and weight.