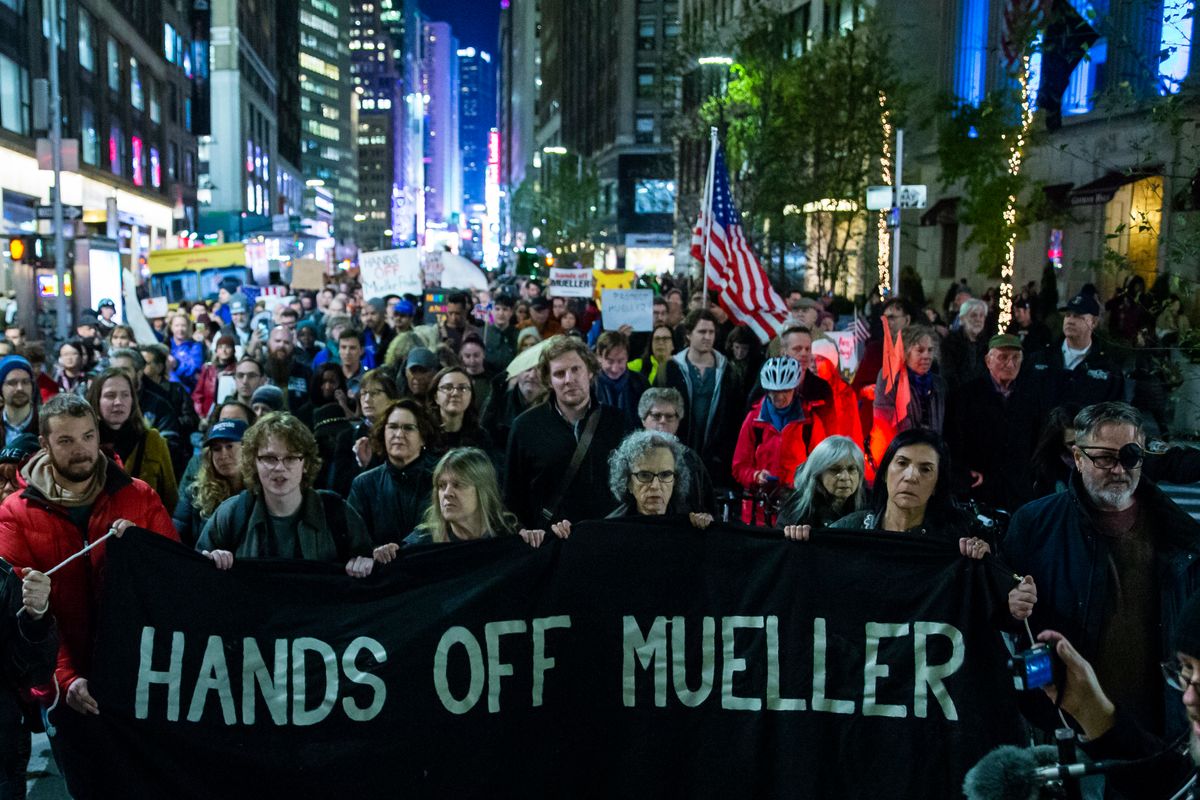 #ProtectMueller Protests Erupt Across the Country

Following Jeff Sessions abrupt firing from the office of Attorney General the day after this week's midterm elections, many were immediately concerned as to what this meant for the fate of the Mueller Probe. Investigating election tampering by Russia and possible collusion between the Trump administration and the foreign entity, the specially appointed prosecutor, Robert Mueller, has been the resistance's best chance at finding ground to impeach the President and for Trump a constant thorn in his side.

Trump has made no attempts to hide his desire to get rid of Mueller but has so far not been able to break the final taboo of his Presidency. Sessions previously had recused himself from the Russia investigation on conflict of interest grounds which precipitated the need to appoint Mueller in the first place. Now that he's gone, and that the interim Attorney General has previously said he would work to end the probe, many are worried that the whole thing is in jeopardy.

In response, protests have now organized late Thursday night across the country alongside the trending hashtag, #ProtectMueller. Calling on the Trump administration to not interfere with the special prosecutor's probe and imploring interim Attorney General Whitaker to recuse himself as well, thousands have gathered in New York's Times Square along with similar demonstrations popping up in most major cities.

We are unbowed. We are United. No man is above the law. #ProtectMueller 🇺🇸pic.twitter.com/z3mNJcYQ88

This is not a country where the President is above the law. That’s what separates us from other countries, and that’s worth fighting for. We must protect the Mueller investigation. #ProtectMueller pic.twitter.com/guPYfOBP2t

Arizona Senator Jeff Flake, is currently pushing for a vote on legislation that would make it so only a senior DOJ official can fire the special prosecutor, shielding Mueller from the President. The legislation was first introduced in this past April and has received bipartisan support but lay dormant due to Majority Leader Mitch McConnell's opinion that the investigation wasn't in any serious danger, Sessions firing may be the catalyst to change that.