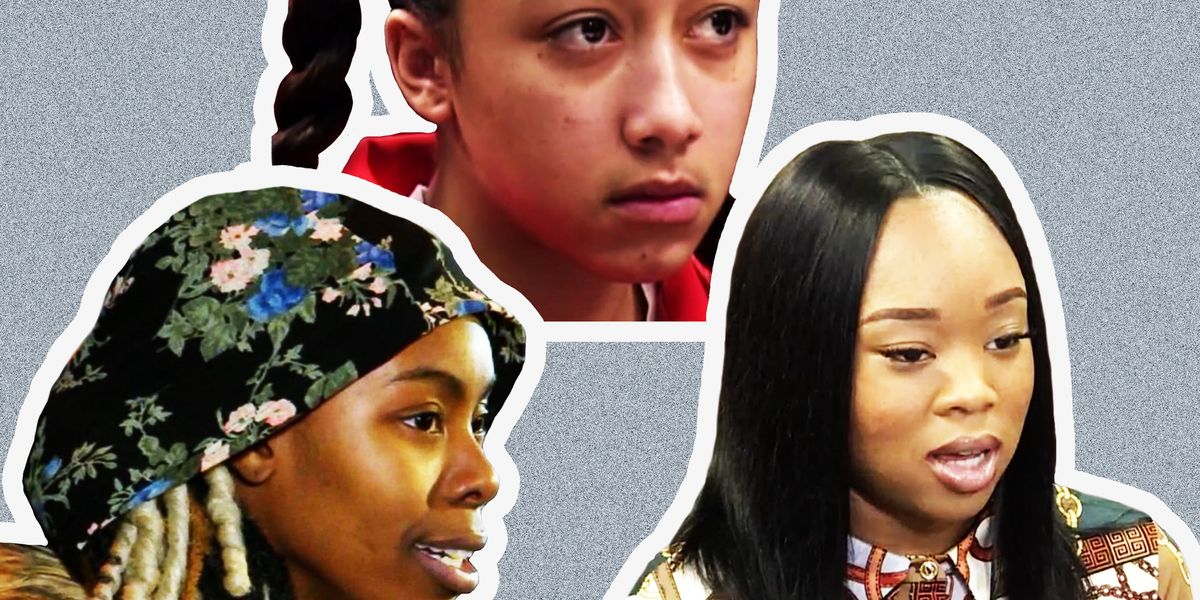 The world is still reeling in the aftermath of dream hampton's harrowing six-part documentary, Surviving R. Kelly, that aired on the Lifetime network last week. Although the allegations presented during the series were appalling and horrifying, they weren't new; the singer has been plagued by accusations of child pornography as well as domestic violence and sexual assault for the past three decades. What's almost as shocking as Kelly's behavior is the widespread knowledge of it: the man has a notorious history of preying on underage Black girls and yet is still surrounded by supporters, sycophants and enablers.

From stalking them in high school parking lots and malls to his 1994 marriage to the late, then-teenaged Aaliyah, to running a sex cult out of his Atlanta home, R. Kelly has made no effort to hide his conduct — in fact, he appears to relish in the idea that despite knowledge of his behavior, he's never been officially "caught." Despite scores of victims coming forward over the years to share their stories of abuse, the singer has been able to sustain a successful music career for two reasons. The first is that his fanbase values escapism and their emotional attachment to his catalogue over Kelly's criminality. Secondly, and relatedly, American society is complacent and complicit in the systemic and episodic neglect and devaluing of Black women and girls.

Throughout Surviving R. Kelly, we are reminded over and over again that Black women aren't seen as victims of sexual assault or abuse, but are routinely denied empathy and justice, and are thus punished for merely existing. In the very first episode, writer Mikki Kendall recalls seeing R. Kelly at Chicago high school hangouts in the early '90s, targeting young girls. "People will say, well why didn't anyone notice? The answer is that we all noticed. No one cared because we were Black girls."

Polarizing radio personality Charlamagne Tha God — who has faced, and denied, his own accusations of rape and abuse — chimed in to say: "If you want to get away with sexual assault, assault a young Black girl. If R. Kelly had been doing this to white women?" he says incredulously. "Oh my god!"

Even Chance The Rapper — who collaborated with Kelly in 2015 — admitted how easy it was to disregard Kelly's victims due to their demographic. "Maybe I didn't care because I didn't value the accusers' stories because they were Black women," he said.

While race played a major factor in everything from the selection of Kelly's victims to him escaping legal consequences for his actions, the fact that Black women are considered disposable has always been a concept that breeds complacency instead of outrage. We are the lowest hanging fruit, the group of people that are held to the highest moral standard while receiving nothing in return.

It is because of this feeling that a police officer literally ripped Jazmine Headley's baby from her arms last month at a welfare office before sending her to Rikers Island for resisting arrest. It's what led to Yasmine James being attacked at a Florida McDonald's by a white male customer over a straw — and no one intervening to help her. It's what led to Cyntoia Brown being tried as an adult at just 16 years of age and sentenced to life in prison as a murderer, when in reality she was a human sex trafficking victim who made a split second decision to save her life.

Black women are stripped of our humanity like clockwork, yet somehow still find the strength, hope and time to create movements to better our communities and push important conversations forward. We told you #BlackLivesMatter. We told you to #MuteRKelly. We told you that sexual harassment and assault victims are important with #MeToo. We told you to #FreeCyntoia. The next time you see, hear, read or promote slander against Black women, ask yourself: what have I done to protect them?