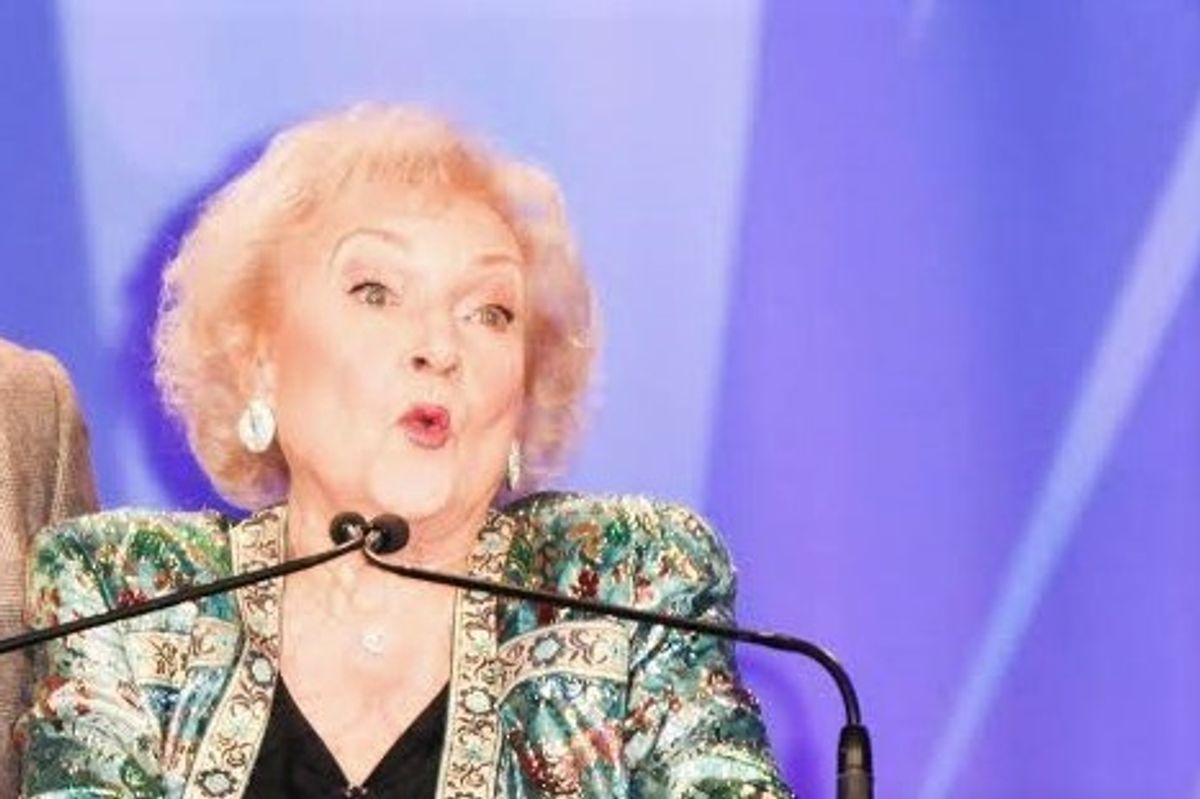 Protect Betty White From 2016 With This GoFundMe Campaign

Spoiler: It's a publicity stunt.

People everywhere are pooling their money to protect 94-year-old Betty White from the wrath of 2016.

On Tuesday, when Carrie Fisher was added to the long list of famous people we've lost over the course of the year, one man decided to stop complaining, and do something about it. Demetrios Hrysikos started a GoFundMe campaign to "Help Protect Betty White From 2016."

As of now, the campaign has received a little over 7500 dollars for Hrysikos to "fly to where ever Betty White is and keep her safe till Jan 1, 2017."

On closer examination, the campaign is – like all else – something of a joke that wasn't meant to go viral.

"Now, assuming she doesn't want a strange Greek standing guard outside her door," Hrysikos wrote on the GoFundMe campaign, the money raised will actually go to the little theatre in his hometown of Spartanburg, South Carolina "to help craft new stars of stage and screen to carry mantle of the legends that have left is this year."

But even if the campaign was made for a laugh, the sentiments behind it are all too real.