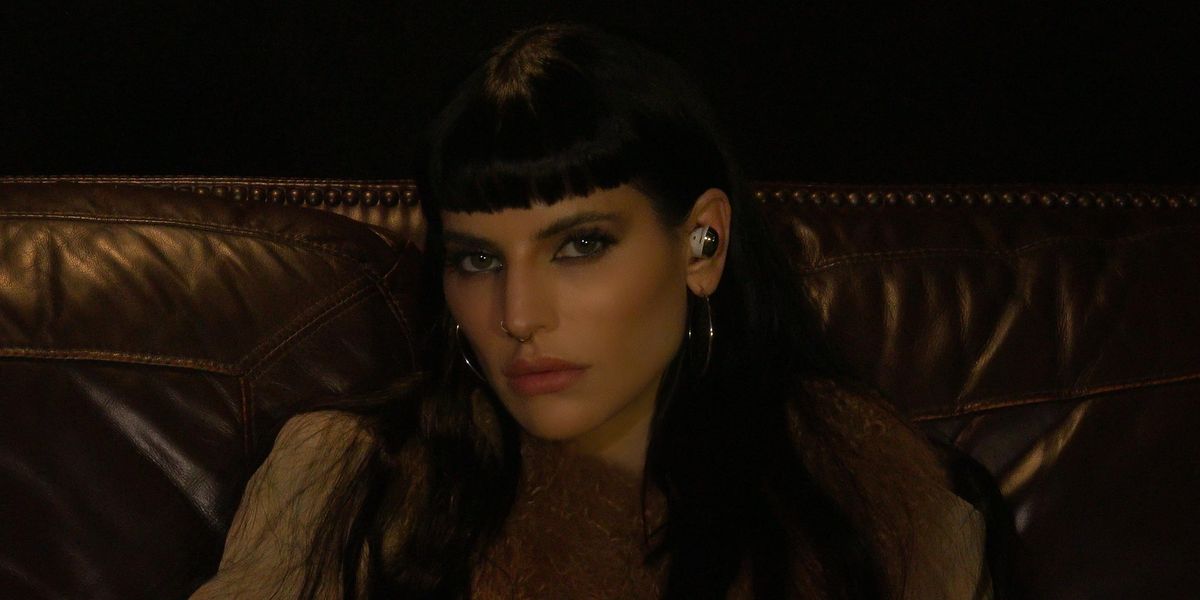 You might not instantly recognize Lilith Czar's name, but you've heard her voice: The musician, who was born and raised in California, was once formerly known as Juliet Simms, the runner-up on Season 2 of NBC's The Voice. Praised for her rousing renditions of rock standards like the Beatles' "Oh! Darling" or Aerosmith's "Roxanne," she immediately cemented herself as a rock star — and it makes perfect sense when you learn about the music that surrounded her upbringing.

"The most influential music for me as an artist is the music I grew up listening to, which was classic rock, '90s grunge, anything with guitars and drums," Czar says. "My brother, my dad and all his brothers were surfers, so I grew up on the beaches of San Diego. We always had a stereo going and were listening to artists like the Beatles, Led Zeppelin, Janis Joplin, David Bowie, the Rolling Stones, Simon & Garfunkel."

After living there, Czar moved to a small town in Florida around 10 years old. "I owe it to that small town that I grew up in as far as my musicality goes because there was nothing to do there except listen to music and learn to play music," she says. "I was actually one of the first female fronted bands in my area growing up."

Czar specifically credits her brother for being a "huge influence" at an early age. "He's a few years older than me and was always in and out of bands," she says. "He's one of those musicians that knows how to play every instrument. He really wanted to pass that knowledge of music — like the art and craftsmanship of it — down to me. He was always introducing me to new and older bands, and things that would inspire me to write my own songs like Foo Fighters, Nirvana, Hole, Fiona Apple and Alanis Morissette."

That's the biggest component that draws Czar to rock music: "How rich and how deep it is," she continues. "From the melodies to the lyrics to the emotion and the soul that goes behind it, it just makes you feel."

Shortly after finishing The Voice, Lilith signed a record deal with CeeLo Green, her coach on the show, but never truly lived up to her potential due to creative differences. That is where her new moniker comes in. Juliet Simms is no more; she's been replaced — or, killed off, as she would probably put it — with Lilith Czar, and she comes packed with a fiercer look and even grander sound.

Her transformation is presented in the form of a rebirth with a clear mission statement to dominate without fear, as proven by the empowering lead single, "King," off her debut 2021 album, Created From Filth and Dust. Beyond the effort's unhinged pop-rock anthems — "Bad Love," "100 Little Deaths" and "Lola" — there is an evocative invitation into her bold, new world. Musically and visually, it all takes after her biggest music influence: David Bowie.

"The artist that influenced me the most throughout my life would have to be David Bowie," Czar says. "I started listening to Bowie when I was very young and the first thing that drew me in was his evolution of eras. He would transform himself; every record he was a different entity. He wasn't the greatest singer in the world, but at the same time he had the best voice."

Czar continues, "I find that the people who have their own unique sound are the most original. When you can find your own sound, your own voice and your own conviction, that's what makes you stand out. He stood out so much to me because he was so different. The whole concept of Lilith Czar and Created From Filth and Dust comes from that magic of creating your own world and inviting others into it. Bowie's Ziggy Stardust, Aladdin Sane, whatever era you want to pick, was a massive influence on the birth and rise of Lilith Czar."

"I wholeheartedly believe that there are nuances to my music and to music in general that can only be heard with headphones on."

While Bowie holds strong at first place in her heart, Czar makes it clear that Stevie Nicks comes in at a very close second. She does have an incredible "Edge of Seventeen" cover included on Created From Filth and Dust, after all.

"Fleetwood Mac's Rumours, that's the best record of all time — hands down," Czar says. "It's Rumours and then Hunky Dory by Bowie. That record is my childhood; Stevie's ethereal witchy goddess-like aura — and the fact that she was fronting a band and was one of the first women to do that. Her voice is godly."

Bowie and Nicks' powerful impact on Czar's music is undeniable, and yet it's still very much her own. While it's clear she's always recognized her talent, the world of Lilith Czar has allowed her to ascend to new "King" levels with her work — and it's all best experienced in headphones.

"I wholeheartedly believe that there are nuances to my music and to music in general that can only be heard with headphones on," Czar says. "I prefer to listen to music with headphones on just because you're transported to the heart of the song. It's like you're in your own world and the music is giving you a hug. There's something about getting completely lost in whatever you're listening to. It drowns out the noise of your fucking mind — it's an escape. If I had to tell my fans a way to listen to my music, it would certainly be to turn it up as loud as humanly possible and listen with headphones."