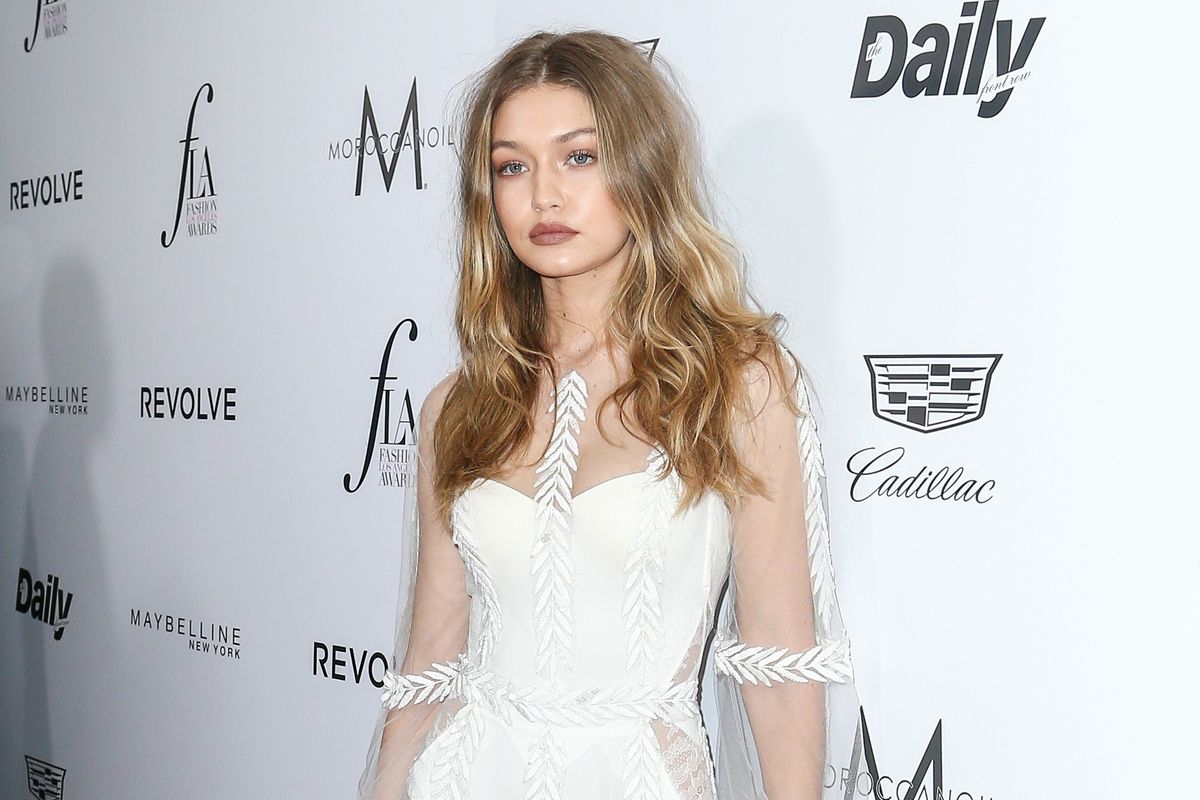 And the media's handling of it all has been atrocious.

UPDATE: Vitalii Sediuk, the fuckbag who assaulted Gigi (and several other celebrities) spoke out about the incident, claiming his act was a revolt against modern fame, while undermining Gigi's success.

"While I consider Gigi Hadid beautiful, she and her friend Kendall Jenner have nothing to do with high fashion. By doing this, I encourage the fashion industry to put true talents on the runway and Vogue covers instead of well-connected cute girls from Instagram," Sediuk says.

"You can call it a manifest or a protest. This is also a wake-up call for Anna Wintour, who turned Vogue into a tabloid by putting Kardashians and other similar celebrities on a cover of a well-respected magazine," he adds.

Asked how he responds to allegations that his latest "stunt" amounts to nothing more than an assault on a woman, Sediuk responds, "Don't be over-dramatic."

Vitalii didn't seem so confident in his revolutionary act when he was running for his damn life while Gigi charged after him.

Yesterday, supermodel Gigi Hadid was grabbed by a stranger while working her way through a throng of fans outside the Max Mara fashion show in Milan. She, rightfully, fought off the potential snatcher with a proper ass-kicking.

Unfortunately, though, the fuckery did not stop there, as several big publications covered the scary incident in a pretty messed up way, focusing on Hadid's "aggressive" behavior.

Thankfully, many Twitter users called out the wording of these headlines, which insinuate that Hadid was nothing more than a dramatic diva in this case -- and an ungracious and unhinged one at that. Because it's scary enough in a world where women are routinely raped, assaulted and even murdered by people who ostensibly begin by grabbing them from behind, but to see the way your reasonable instinct to defend yourself is skewered by the public and chalked up to being just another hysteric action is another thing altogether.

So a man runs up behind Gigi Hadid to grab her and when she defends herself these are the kind of headlines to come out? Sickening. pic.twitter.com/heSvViHQgM
— NICO (@IAMFASHlON) September 22, 2016

. @TheSun @GiGiHadid had a man, grab her from behind and lift her in the air sideways and this is your headline? pic.twitter.com/2k0WzXlxmy
— Blonde in Vuitton△⃒⃘ (@VuittonAndVodka) September 22, 2016

It got to the point where Hadid even had to defend herself online.

and had EVERY RIGHT to defend myself. How dare that idiot thinks he has the right to man-handle a complete stranger. He ran quick tho 👊🏼😏🐱
— Gigi Hadid (@GiGiHadid) September 22, 2016

Even worse is the way many are excusing the man, identified by TMZ as Vitalii Sediuk (who's made headlines in the past for kissing Will Smith and attacking Brad Pitt) as nothing more than a quote-unquote prankster. None of his actions are okay and the normalization and continued treatment of this situation as "just a joke" is unfortunate to say the least.

Yeah, being manhandled against your will is always a real laugh.