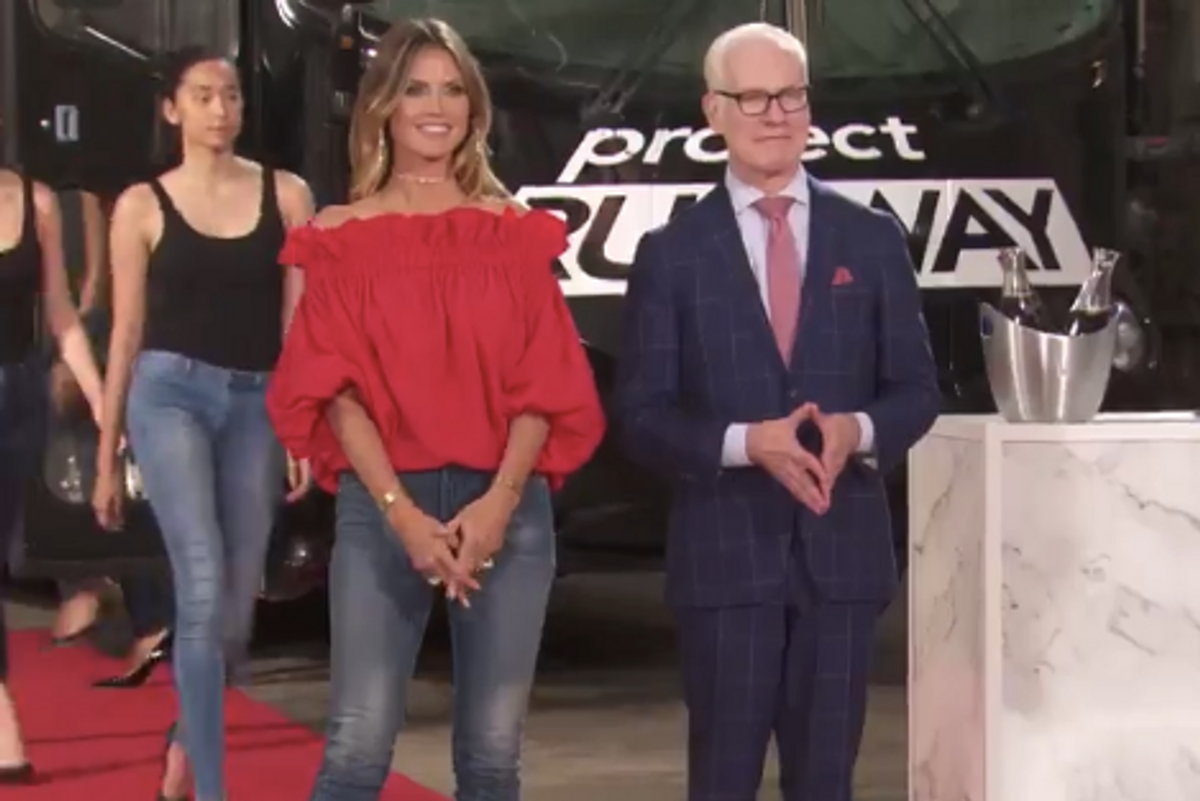 Project Runway Will Cast Models of All Sizes This Season

Project Runway announced a major change to its casting this season: models will now be in the size range of 2-22, according to People.

Models of ALL sizes will be working the runway this season on #ProjectRunway!!! 👏👏 pic.twitter.com/5V0ohAxlyO
— Project Runway (@ProjectRunway) August 17, 2017

The show's official Twitter count said in a post: "Models of ALL sizes will be working the runway this season on #ProjectRunway!!!" The average model is a size 0 or 00 while the average American woman is a size 16, so expanding the size range is a welcome change to the show and a big step toward better representation of different body types.

"I believe we should have done [it] already years and years and years ago," Runway host Heidi Klum told Entertainment Tonight ahead of the premiere, "So I'm happy though that now this season, we're starting."

She added, "This is the real world. Not everyone is, you know, runway figure or what the runway figure used to be. You have to dress real people, and real people come in different sizes: short, tall, more voluptuous, skinny. There is many of us, and so a real designer needs to know how to do that. So get with it."

So excited. All sizes & types of women who love fashion & unique designers. This season is going to be fun w/lots of drama
— Tracine Marie (@TracineMarie) August 17, 2017

Love it showing you can be sexy and have great style at any size showing positive criticism to our viewers young and old #Loveyourself
— Andrea (@Andrea59987113) August 17, 2017

I am loving this season. All shapes and sizes is what women really are. Curves and rolls and sass. #MakeItWork
— Beth Laurel⛱ (@blaurel1) August 18, 2017

"Age and size are only numbers. It's the attitude you bring to clothes that make the difference" Donna Karan CC: @ProjectRunway
— Nina Garcia (@ninagarcia) August 18, 2017