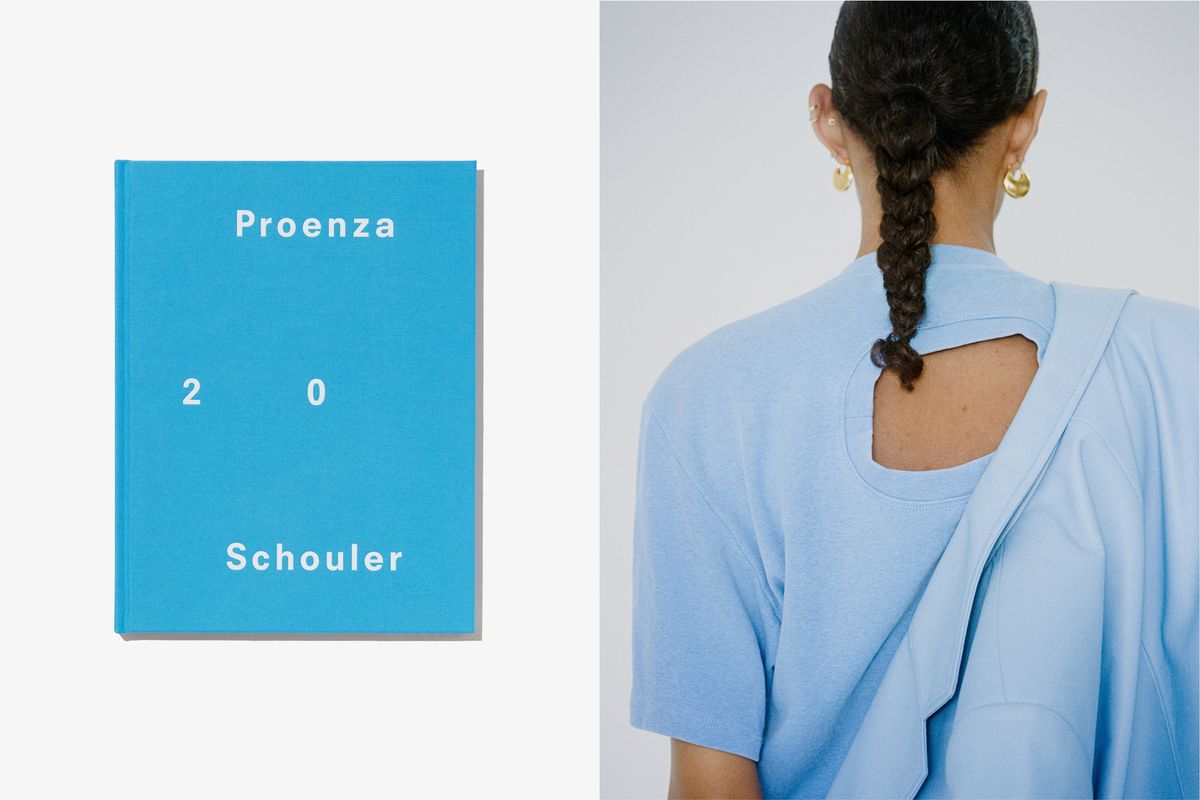 Like every other designer impacted by the pandemic, Proenza Schouler designers Jack McCollough and Lazaro Hernandez found themselves at a crossroads. Faced with new limitations, the duo had to rethink everything about their Spring 2021 collection, from the design process to how it would be presented.

McCollough and Hernandez ultimately decided to skip New York Fashion Week in September, where most brands showed in some sort of digital format, and instead showcase their new collection via a new book titled "Proenza Schouler New York 2020."

In its pages, photographer and artist Daniel Shea captured the streets of New York from different vantage points alongside imagery of models Binx Walton and Saskia de Brauw in the new range. The book, which is available for purchase in four different colors on ProenzaSchouler.com, acts as a love letter to the city and a physical representation of this moment in time.

"I think there was something really freeing about knowing that we weren't going to have a show," said McCollough. "I think in seasons past, we always toyed with the idea of, 'Let's skip the season, let's get off this hamster wheel for a second and do something new, explore a different medium.' ... In a way, when you know you're not having a show, I think you design a bit differently."

The resulting book, a collaborative effort with a fully New York team including L'Oréal and IMG, captures the tactile spirit McCollough and Hernandez longed for this season — the feeling holding something, touching it and taking the time to pore through it.

"We liked this idea of capturing this moment of time in New York that was so specific," said Hernandez. "I mean, I think it's been one of the darkest periods for New York, but I think there's a beauty as well, and we wanted to evoke that in the pages of this book."

It's a concept explored in the clothes as well, which are less about sharp and strict lines and more about ease, comfort and permanence. (The padded slippers and pillow bags are particularly delightful.) About 90% of the collection is made from fabrics they already owned. You can pre-order the collection now at ProenzaSchouler.com.