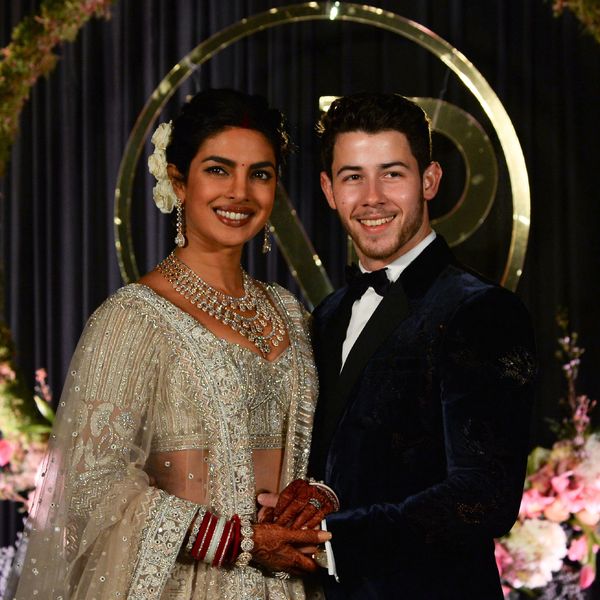 2018 was the year of celebrity weddings that were extra, and Priyanka Chopra and Nick Jonas just capped it off with, literally, an extra ceremony. After already celebrating their union twice already, over a lavish weekend in India earlier this month, the couple threw a third reception in Mumbai last night.

The ceremony was reportedly organized especially so Chopra could party with friends and co-stars from her Bollywood days. She posted a video on her Instagram story of a thank you speech given by her and Nick: "It means so much to us that all of you came tonight. This has been an extremely special chapter in my life and I wanted my husband to meet all of the special people that have contributed to it."

They may only have tied the knot (albeit several times) earlier this month, but Priyanka and Nick have had a wild ride as a married couple already. Their wedding celebrations kicked off with a Vogue cover and longform interview about how they met, complete with extravagant fashion shoot. Then a controversial since-deleted article in New York magazine's The Cut went viral for what many readers described as racist and sexist stereotyping of Chopra. (In one memorable line, she was described as an "international con artist").

But they're taking it all in their stride, if their many, many loving photos and captions on social media are anything to go by.

Congrats, Priyanka and Nick! May 2019 continue to distract us from our misery with insane, month-long multi-million-dollar public declarations of love.