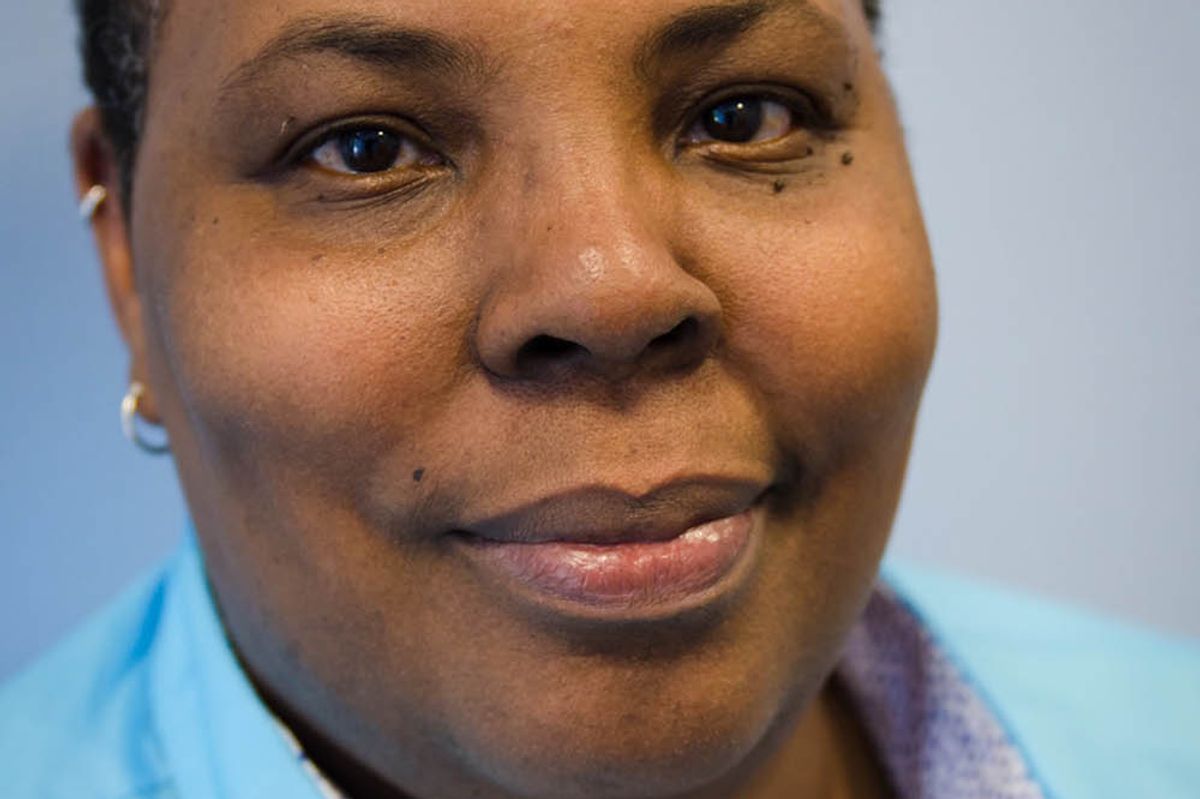 Meet the Woman Who Works to Further Austin’s QPOC Community

Priscilla Hale's family has been in the Austin area for seven generations. So, it's only fitting that the Austinite and activist stay in her hometown, where she serves as director of allgo, an organization that focuses on supporting queer people of color.

She started at the organization in 1998, and says that her work is intrinsic to the kind of change she wants to see in Austin. And a lot of this has to do with the demographics of her hometown, which in recent years, as the real estate market has grown, has seen a great deal of change, namely in its racial population.

"Some of the changes that I have seen are the significant decline in the black population as the city continues to grow rapidly, also that many people and families are no longer able to afford to live in Austin and particularly in neighborhoods and areas that they had been in for generations," she says.

And Hale's point is not an unfamiliar one. In 2013, Texas Monthly published an essay titled "What Nobody Says About Austin," which highlights the noticeable lack of racial diversity in the growing community. Its writer recalls walking into a restaurant and being the only person of color in sight, which in a Texas town, was a noticeable and surprising difference.

But it's on this issue that allgo focuses—using the arts to bring visibility to an intersectional community of people of color. And it's that focus that Hale says makes every day feel like Pride.

So, when the celebration rolls around in Austin, she doesn't always feel the need to take advantage. When she does go out on the town during Pride, you can find her at Resistencia Casa de Red Salmon Arts, Historic Victory Grill, Women's Community Center, and BookWoman.

"My identities are parallel to who allgo is as an organization that is by, for and about queer people of color," she says. And is with that in mind that Hale continues the mission of her organization—for her city.