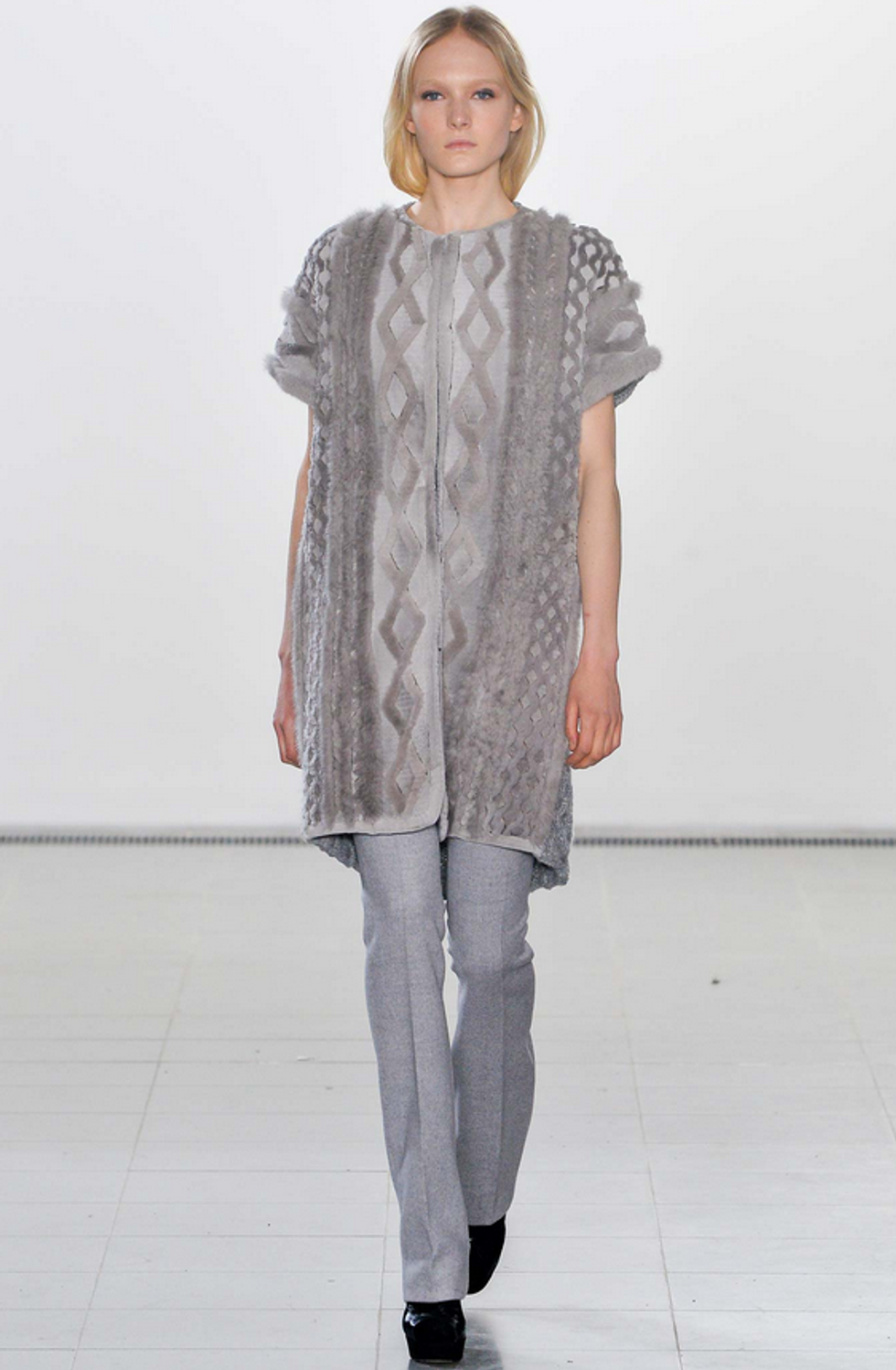 by Cody Jones
PAPERMAG
[Photo via Style.com]
Living up to a 200 year old legacy can be daunting for a designer, but Massimo Nicosia, Head of Design at Pringle of Scotland, seems to be more than managing. This year marks the bicentennial of the brand that transformed knitwear into functional outerwear in the 1900s and invented the classic argyle pattern. So how does a designer honor Pringle's longstanding heritage without being stagnant? Remaining true to the brand's roots, Nicosia responded with lots of chunky knits in blacks, taupes and burgundys at the AW15 show during London Fashion Week. He integrated old technical details with new mediums, particularly in the form of a monochromatic look that included a grey top with mink argyle detailing throughout, paired with grey trousers.

During LFW, the company also celebrated the enormous milestone by previewing their "Fully Fashioned" exhibition at the Serpentine Gallery. "It is incredible what the researchers have found across the archives of several museums, as well as private and royal households. It is such an honour to be part of this history and see how Pringle literally transformed the wardrobe from the early 20th century," said Nicosia in a press release of the exhibit.

The exhibition, which opened to the public last month at the National Museum of Scotland in Edinburgh, was curated by Central Saint Marten's Alistair O'Neill and follows the brand's roots in hosiery manufacturing up to its present-day status as a knitwear and outerwear pioneer. Pringle has also collaborated with both the Michael Clark Dance Company and the talented photographer Albert Watson to create a series of short films for the exhibit and shoot their fall campaign featuring noteworthy Scots, respectively.
"Fully Fashioned is a useful opportunity to not only mark Pringle's 200th anniversary, but to demonstrate the centrality of knitwear to the modern wardrobe," O'Neill says of the show. "The twinset has such an enduring sense of modernity about it, that it is exciting to be able to set this design classic into a broader context, showing how scottish knitwear really led the field in modernizing the twentieth century wardrobe."

The exhibition is now on display through August 16.