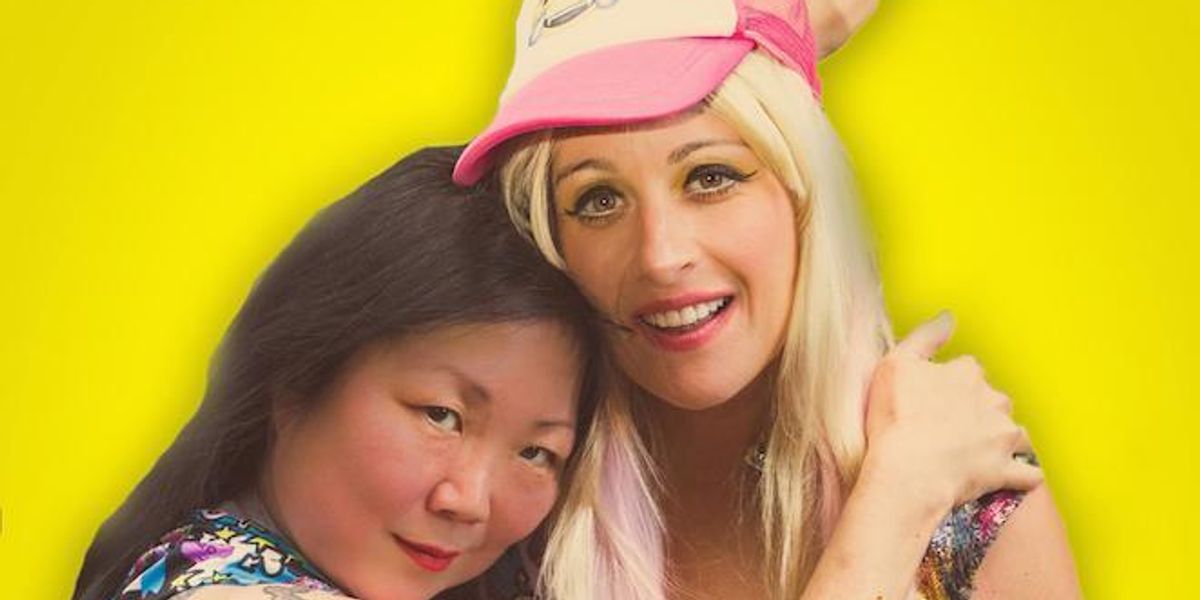 Party starter Princess Superstar is back, and she's brought Margaret Cho along with her. The downtown dance music fixture and raunchy comedian have teamed up to pay tribute to "Motherfuckin' Emojis," aka that thing you use to save time and confuse your parents. The single is the first salvo from an upcoming comedy album; not one to stay still, Princess is also concurrently working on a non-profit initiative and a children's album. (Even the baddest of babysitters must one day grow up, after all.) We'll let her explain.

How long have you known Margaret, and how did this video come about?


We met in LA just last year. I had heard she was a fan of mine, and I thought she was equally amazing, so I went to meet her where she was performing. She told me she wanted to make music together, and I was super psyched because I knew we could make something hilarious. And we did!

Is this single a one-off, or should we expect a new album soon?

We are doing a whole genius comedy hip-hop album featuring other comedians. It will take a while because of all of our other projects, so we are just releasing one fun single at a time.

Tell me about this non-profit initiative you started. Where did the idea come from?

I am working on a non-profit project for kids called "These are the Magic Days" it's going to be a record, a TV show, books and more, all to teach kids about empathy, feeling their feelings, compassion, positive body image, loving themselves and putting down the iPad/iPhone!

I am so excited about this, because in general kids music is pretty bad and this will be a bad-ass record with top producers that even parents will want to listen to. I am also interested in artists being non-profits, just making art that is good for the world and giving it away for free, but being sustained as we do it. I think "Free Art" is the way to go — but we need to sustain our artists. Here's the crowdfunding site.