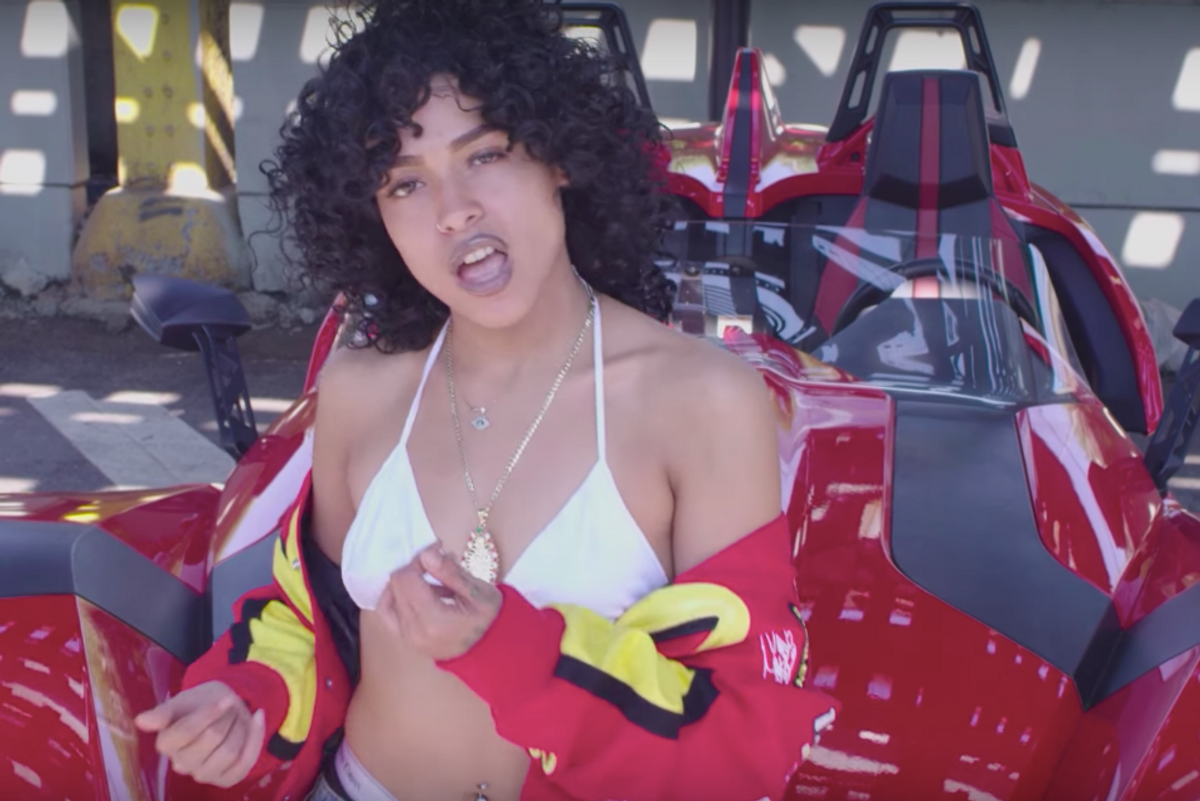 Watch Princess Nokia Stunt On Everyone In the New Video For "G.O.A.T."

Princess Nokia has returned with the visuals for her song "G.O.A.T.," her first release with Rough Trade Records. Nokia co-directed the video, in which she rides around in a red three wheeler without missing a bit of her charismatic, stuttering flow, along with Milah Libin. The artist released her 1992 mixtape just last year, and recently announced a world tour beginning in June to accompany the project.