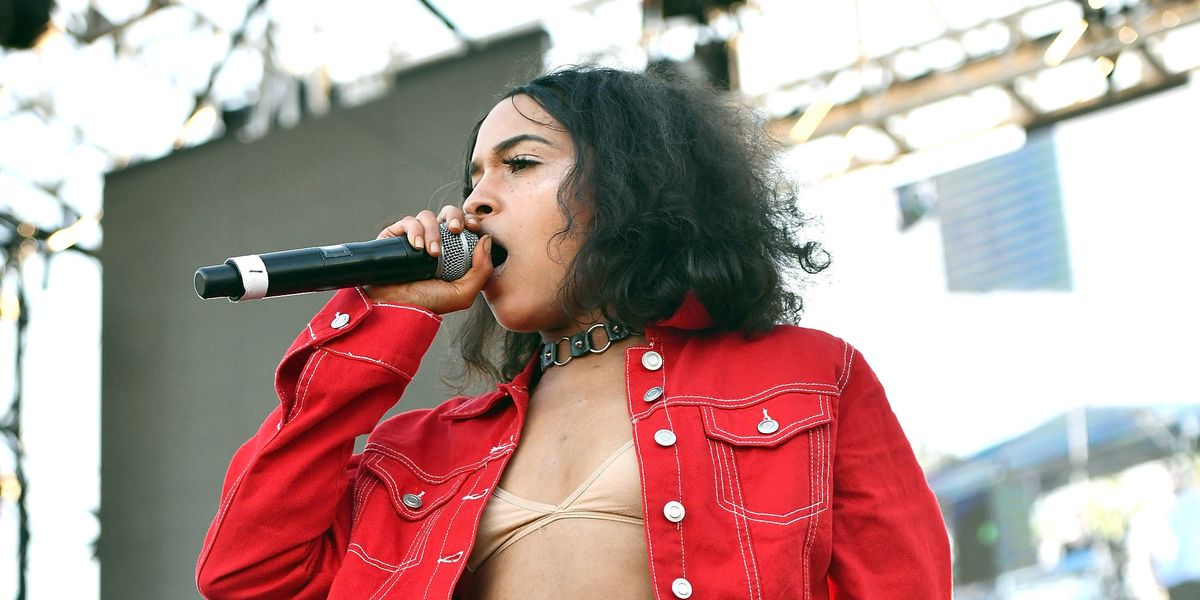 Following the release of Ariana Grande's "7 Rings" video this morning, Princess Nokia, aka Destiny Nicole Frasqueri shared a video on her Twitter suggesting that song sounds similar to her 2017 track "Mine." The track was released on Princess Nokia's debut album 1992 Deluxe, and addresses the politics surrounding black and brown women's hair.

"Did that sound familiar to you? 'Cause that sounds really familiar to me" the rapper said in the clip, after playing "7 Rings" and "Mine" side by side.

"Oh my god… Ain't that the lil' song I made about brown women and their hair? Hm, sounds about white" she continued.

Some online are echoing Princess Nokia's claim, both posting independently and in response her video.

In her video, Frasqueri seems to refer to the song's beat, although some have pointed out that the lyrics and delivery bear similarities as well.

Not everyone feels the similarities are an issue, however. Some have pointed out that "7 Rings" has generic elements often recycled in pop and hip-hop.

Others are claiming that the song borrows from Soulja Boy's 2010 "Pretty Boy Swag."

In addition to Soulja Boy and Princess Nokia, Mike WiLL Made-It's "23" featuring Miley Cyrus, Wiz Khalifa and Juicy J, is being brought up in comparison.

While a number of comparisons have been made, many are ambivalent about whether this controversy is a matter of plagiarism or inspiration -- a long-standing debate in pop and hip-hop, especially given the increasing ubiquity of sampling across genre. "7 Rings" itself explicitly samples the Sound of Music soundtrack and Notorious B.I.G.'s "Gimme the Loot."

Grande recently told Billboard, that she's long been interested in pivoting to a hip-hop-style creative process.

"My dream has always been to be—obviously not a rapper, but, like, to put out music in the way that a rapper does," she said. "I feel like there are certain standards that pop women are held to that men aren't."

Check out all the songs in question, below: