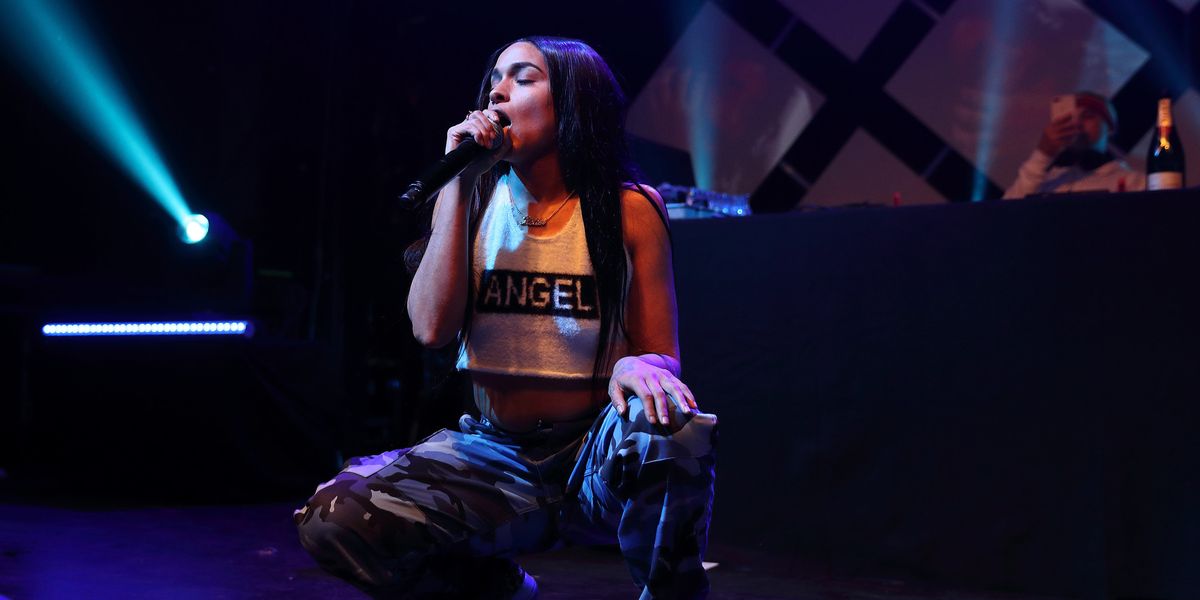 Princess Nokia (Real name: Destiny Frasqueri) has announced a release date for her upcoming mixtape, A Girl Cried Red. This week, she posted a picture of herself on Instagram wearing a red and black striped t-shirt accompanied with a caption explaining that the mixtape will drop on Friday, April 13th.

The new project follows the reissue of her debut, last year's 1992 Deluxe, and gets its name from one of her favorite songs, "The Robot with Human Hair," by Gavin Dance. The song's first line is "Your eyes are bleeding," which she interprets as, "a girl cried blood, or a girl cried fury," she told Dazed in a recent interview.

Related | Hang Out with Diana Gordon and Princess Nokia

She also said that she will release an "emo mixtape," and that is, "not just a little touch of [emo] or it blended into hip hop. It's real alternative music. There's no features, it's just me. But I do have Elijah of Phony Ppl playing guitar on it, and I've got the wonderful producer Tony Seltzer who did all the production except for one song. We're all New York City kids and metalheads so I just like to hang out with my friends and listen to our favourite bands and work together."

We're counting down the days!