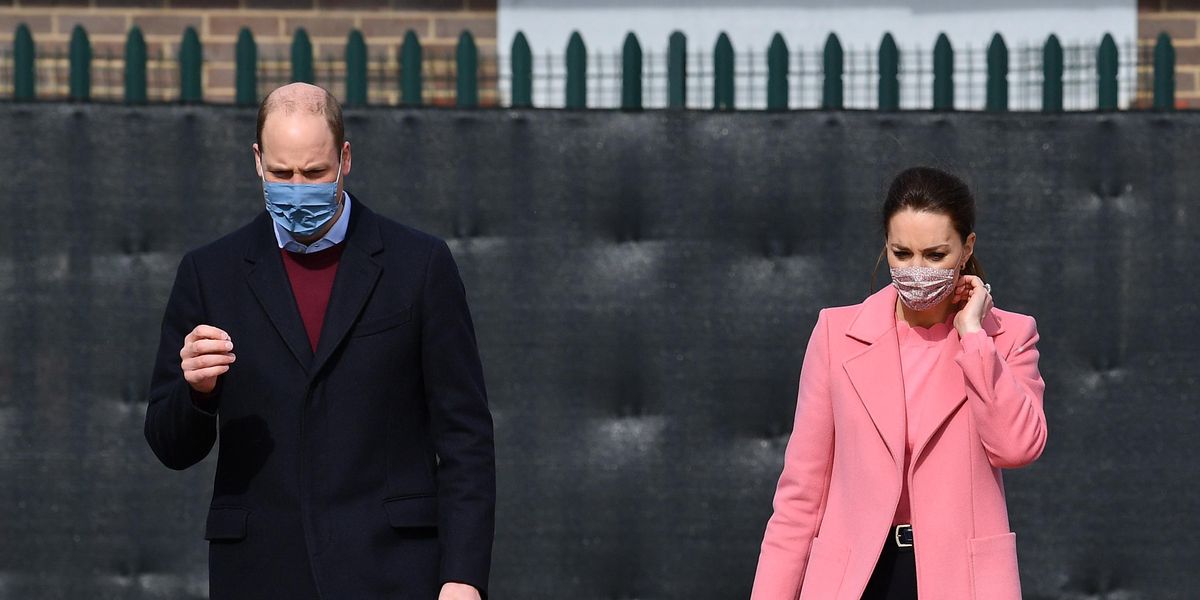 The British monarchy is an institution based on the fundamental notion that some people are born better than others. It has accrued billions in wealth by plundering and colonizing and slave trading. But don't call members of the royal family racist.

Why not? Well, we have Prince William's word that the Windsors are good people. When making his first public appearance with Kate Middleton since Meghan Markle and Prince Harry's interview with Oprah aired on Sunday night, Wills responded to his brother and sister-in-law's claims that Markle and her son Archie experienced racism (including remarks made about baby Archie's skin tone) while living in the United Kingdom as working royals.

"We are very much not a racist family," Prince William told Sky News. He added that he hadn't spoken to his brother yet about the bombshell interview, but "will do."

Sadly no comments from Kate on another big bombshell from the Oprah interview: that she made Markle cry in the lead up to Harry and Meghan's wedding, then refused to correct the record when the press started gleefully reporting that it was Markle who'd reduced Middleton to tears.

This isn't the first time that the royals have commented on Sunday night's racism allegations. Buckingham Palace released a statement on behalf of the Queen on Tuesday, not exactly admitting any wrongdoing, but vaguely expressing remorse.

"The whole family is saddened to learn the full extent of how challenging the last few years have been for Harry and Meghan," the statement read. "The issues raised, particularly that of race, are concerning. While some recollections may vary, they are taken very seriously and will be addressed by the family privately. Harry, Meghan and Archie will always be much loved family members."

It's worth noting that while Markle and Prince Harry refused to name the royal family member who made the comments about Archie, they did rule out the Queen and Prince Phillip.