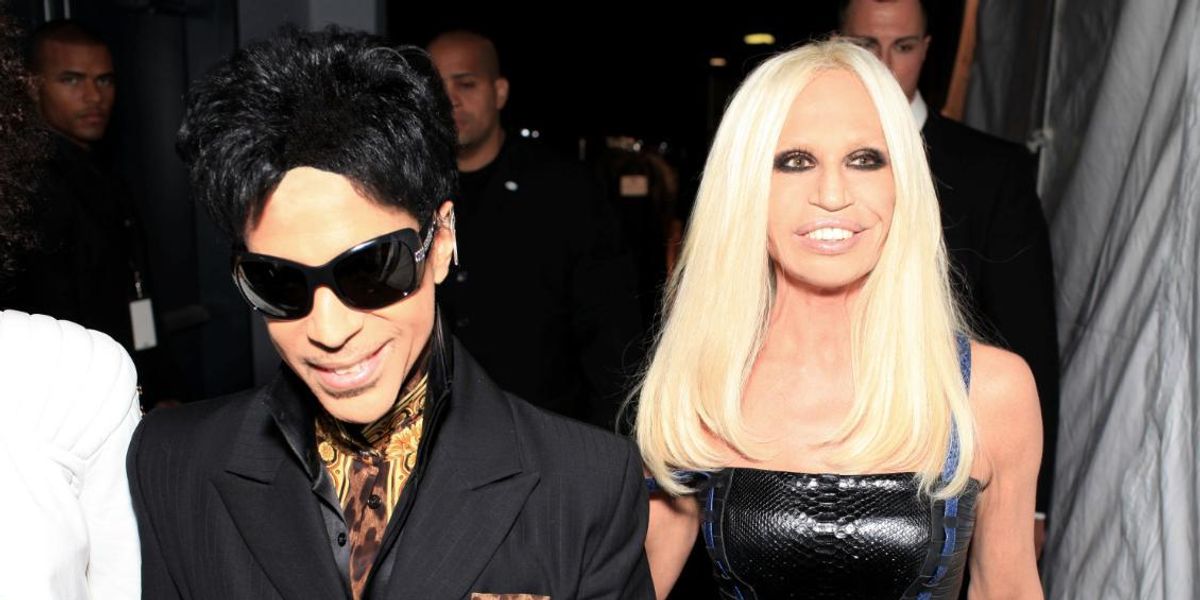 Prince, Avedon, Versace. It is the kind of otherworldly convergence whose rarity makes the gestalt of the players together all the more impossible to imagine. The mercurial and collaboration-averse artist, the master image maker, and the high flying designer.

In 1995, shortly after Prince had befuddled the media by adopting the symbol by which he would thence be referred, he sat for Avedon in an exceptional, and uncharacteristic, moment when he entered into a world that was not entirely his own. Prince happily and magnificently worked and created completely on his own terms, to the consternation of a few and the delight of those who could then enjoy his music and work in its purest form, as dictated by the artist. Which is what makes Prince's pictures for Avedon and Versace all the more extraordinary.

They were used as part of a campaign and promotion for the designer, then in his heyday just before his untimely death. They are a paean to all that Versace represented: music, sex, rebellion and fearlessness. Prince did not need fashion. He was already an icon, a living legend even 20 years ago, and strangely enough, with a style that was impossible to copy. Unlike Madonna, Bruce, or even grunge, you couldn't run out to the mall and buy the "Prince look." It was inimitable just like the artist himself. His relationship with Versace, who dressed him through the years and whose shows were the only ones Prince attended, was born from that singularity and pride of place among the artists of the time. A kind of zen koan one hears is that, to be in fashion is to be bigger than fashion. And did anyone loom larger in the idea of what an artist and performer was than Prince, (formerly known as or otherwise)? Below a tribute to the moments when Prince opened the door to fashion and we were better for it. 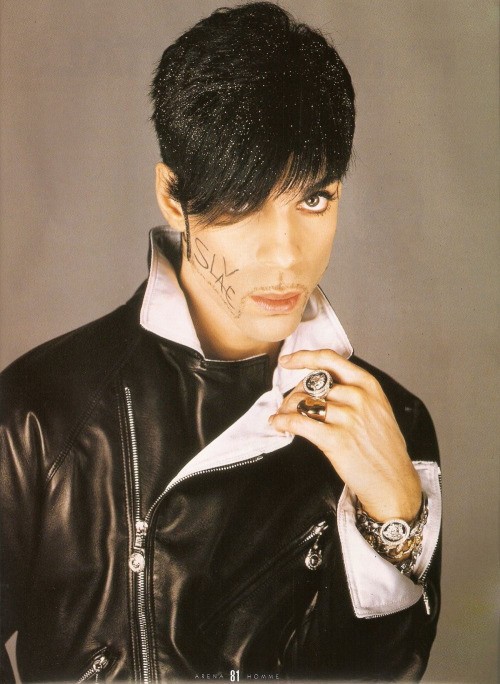 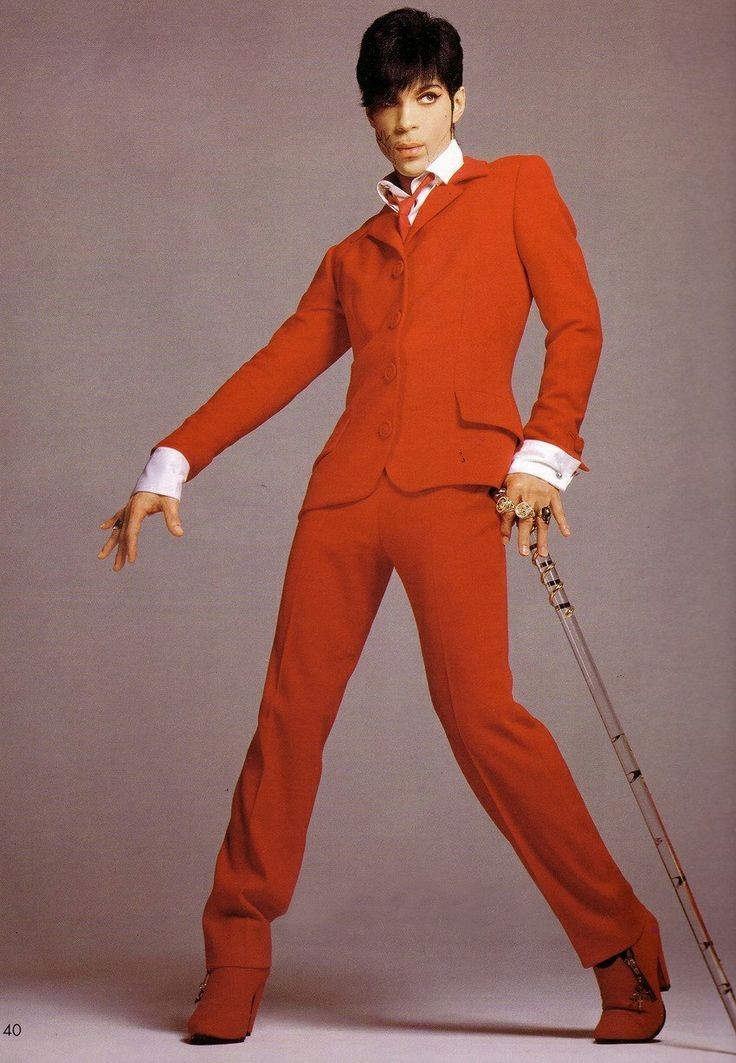 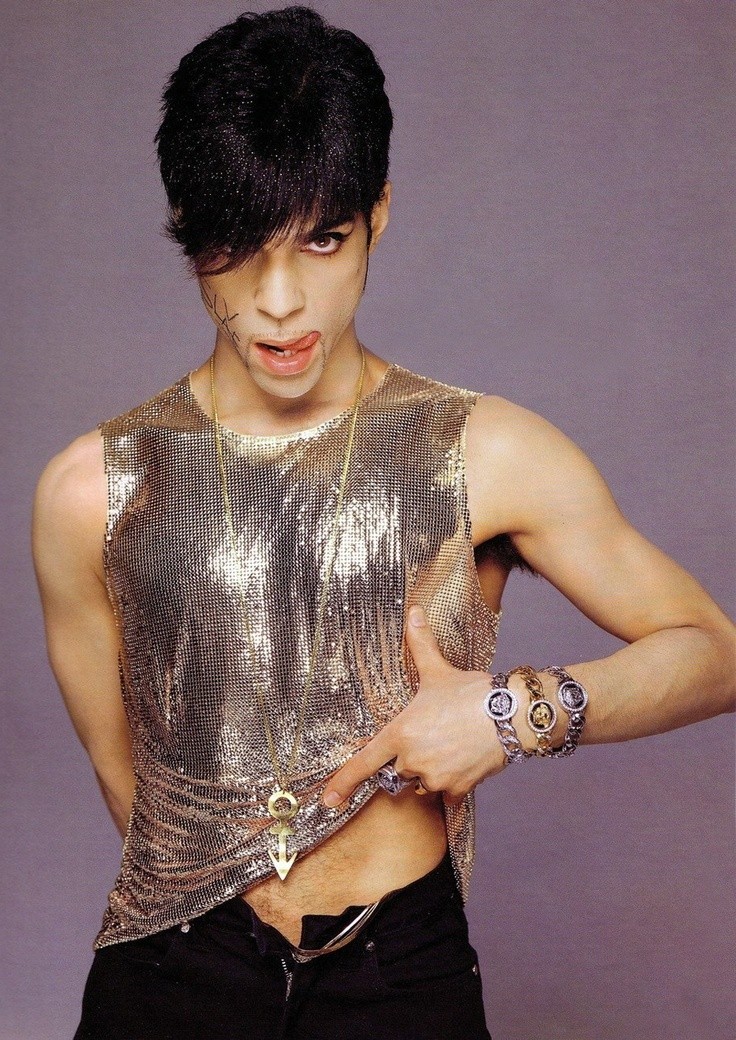 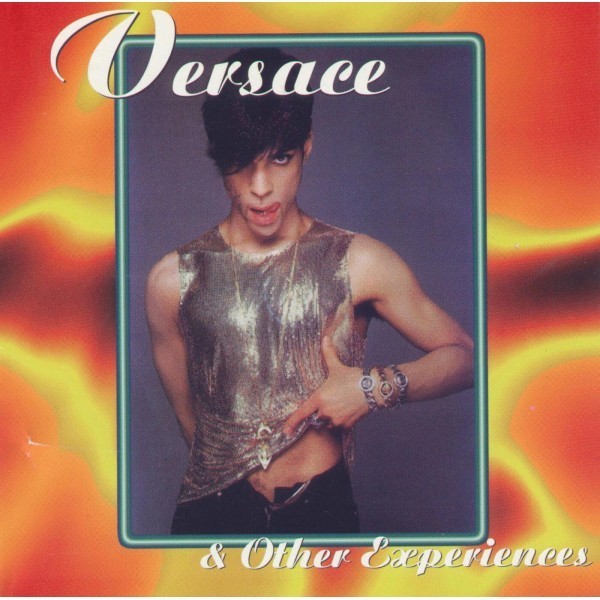 Cover of Versace & Other Experiences album 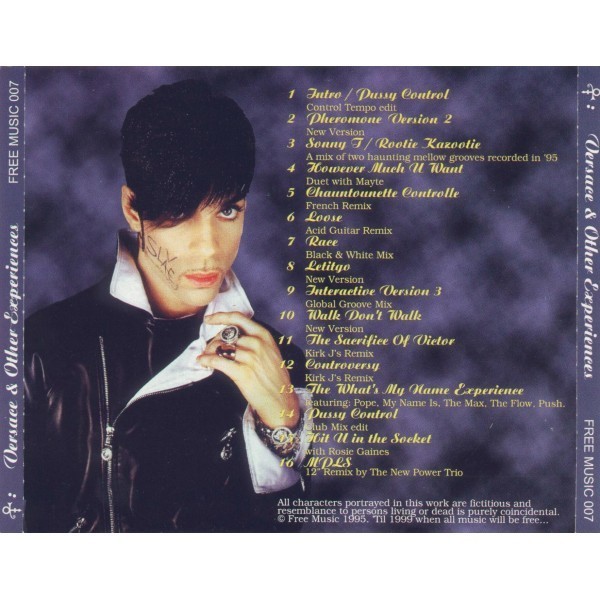 Back of Versace & Other Experiences album 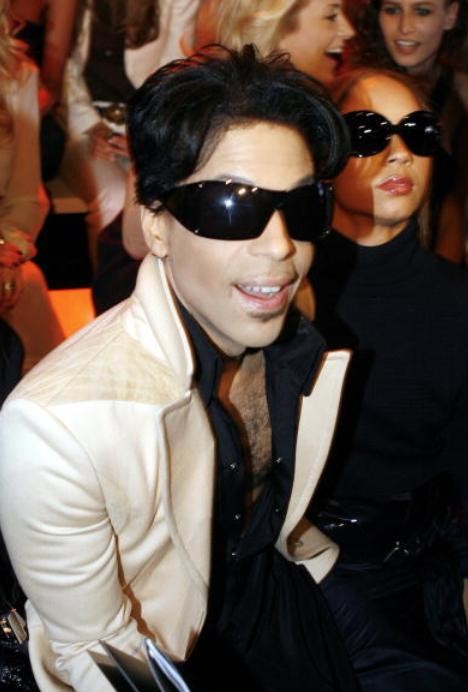 Prince, at a Versace show 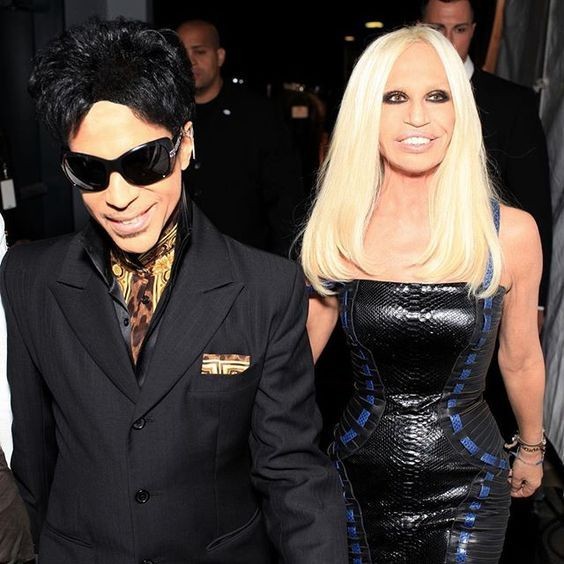