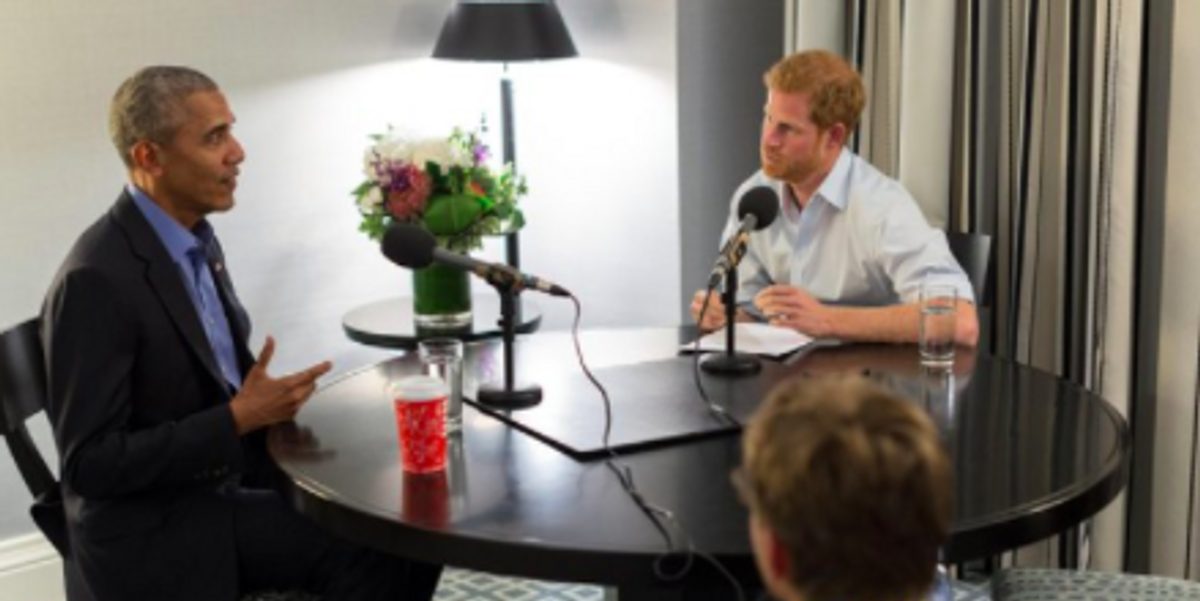 The holidays are an emotionally triggering time, causing us to reminisce on the past, ponder the current state of our lives and wonder what the murky future holds. It's also a time for missing loved ones, like, you know, Barack Obama. Meghan Markle's future husband Prince Harry sat down with the former president for BBC Radio, and a preview clip in which the two josh each other about being nervous has been released in advance of the full interview's December 27 broadcast:

'Do I need a British accent?' @BarackObama is interviewed by Prince Harry for his guest edit of @BBCr4today. In this warm-up, the prince jokingly warns the ex-president he'll get "the face" if he pauses too long between answers #r4today pic.twitter.com/2887dGlJkG
— BBC Radio 4 Today (@BBCr4today) December 17, 2017

Prince Harry's interview with @BarackObama was recorded at the Invictus Games and will be broadcast on Dec 27 when he guest edits the programme #r4today pic.twitter.com/tDldJH7QnJ
— BBC Radio 4 Today (@BBCr4today) December 17, 2017