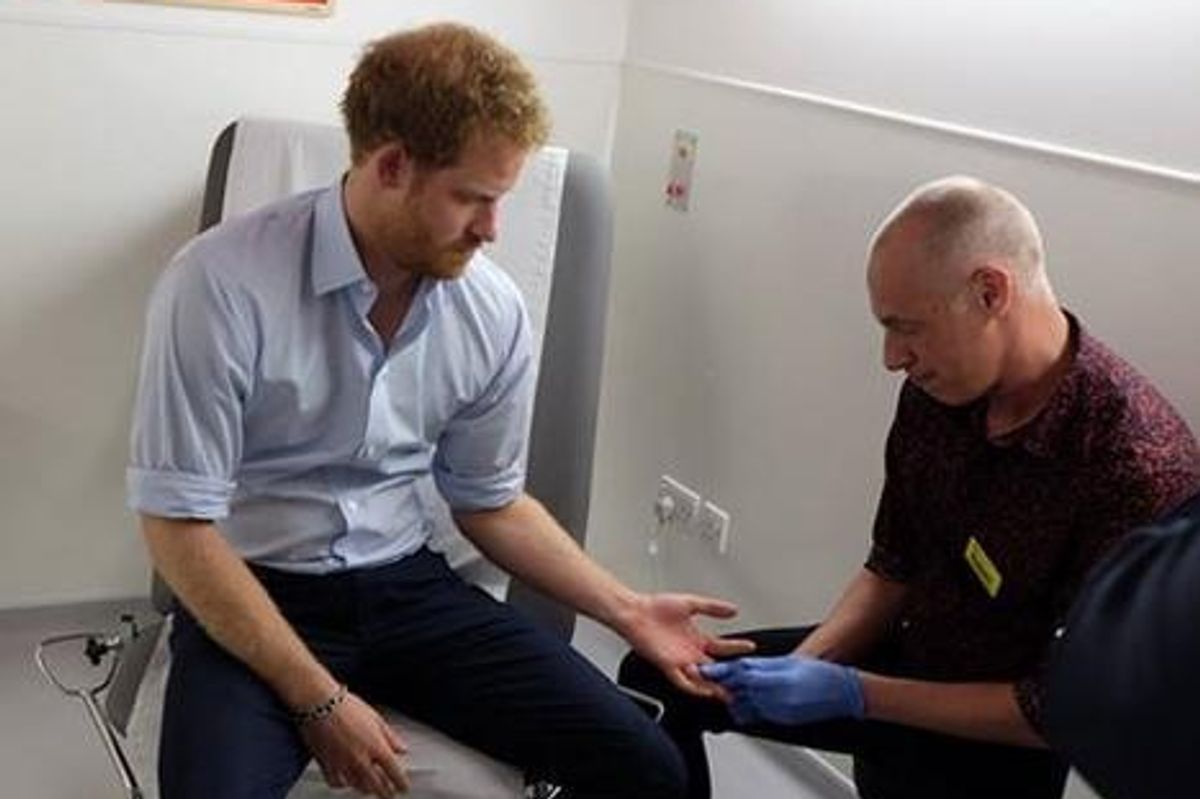 Prince Henry of Wales--known to us peons as Harry, and fifth in line to the British throne--helped take his ancient family into the 21st century today, getting an HIV test on Facebook Live.

His royal highness headed to the Guys and St. Thomas Hospital in London, and underwent the "prick of the finger" test, which can get your results within minutes.

The quick, indicative test gives either a "reactive" or "nonreactive" result; if the test is reactive, it's sent to a lab which would confirm either a positive or negative HIV status.

The hunkiest, redheaded royal ever wanted to demonstrate how easy it is to know your status, despite the stigma or fear people have, even today in 2016, of even fathoming the virus.

Harry makes clear in the video that despite his royal, privileged to the 'nth title, he is still as at risk to the virus as anyone else.


The beloved prince continues his late mother's mission to end HIV/AIDS stigma and being a fierce ally to the LGBT community.

Princess Diana was one of the first public figures who visited with victims of the epidemic in the 1980s, and raised awareness of its global impact.

Just last month, Harry's older bro, William, became the first member of the British royal family to appear on the cover of a gay magazine, to combat bullying of LGBT people, and to promote the importance of mental health care; he and his wife, Duchess Catherine, are advocates of mental health awareness.

Diana would be proud.