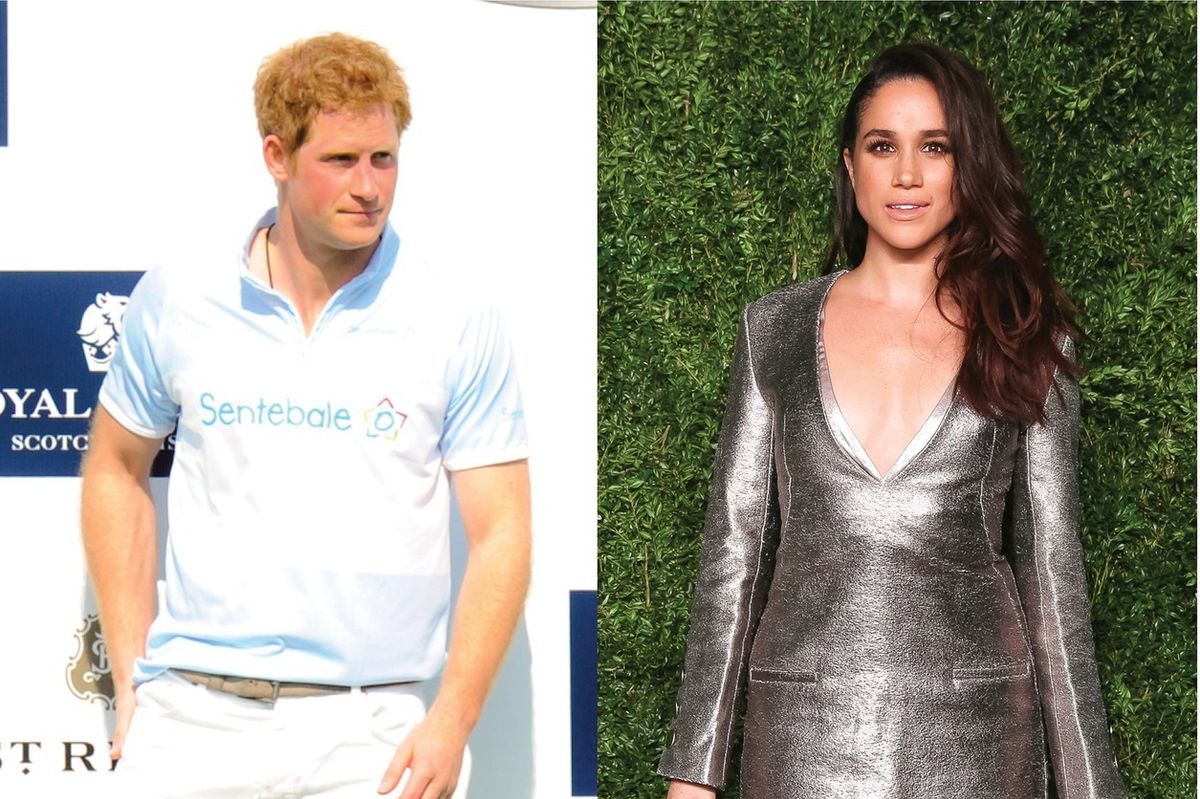 Let's take a brief pause from being held by our 2016 Election Temple Grandin hug machines to be held by the prospect of an American princess in Buckingham Palace. Or duchess? Not really sure how that works. Anyway, it has been rumored for several breathless, high-lather weeks that the Prince Harry and American Suits actress Meghan Markle have been dating.

Today, Prince Harry decided to make their relationship public with in unusual statement from Kensington Palace, due to the "wave of harassment and abuse," and "outright sexism and racism" Markle has been subjected to by the media and online trolls. The statement details "nightly legal battles to keep defamatory stories out of newspapers," attempts made by the press to break into Markle's house, "substantial bribes offered by papers to her ex-boyfriend" and the constant hounding received by every loved one in her life. The two have apparently been dating for months, and Harry is "worried about Ms. Markle's safety and is deeply disappointed that he has not been able to protect her." He decided to make this "unusual" statement in the hopes that, "the press who have been driving this story can pause and reflect before any further damage is done."

Read the statement in its entirety below:

Since he was young, Prince Harry has been very aware of the warmth that has been extended to him by members of the public. He feels lucky to have so many people supporting him and knows what a fortunate and privileged life he leads.
He is also aware that there is significant curiosity about his private life. He has never been comfortable with this, but he has tried to develop a thick skin about the level of media interest that comes with it. He has rarely taken formal action on the very regular publication of fictional stories that are written about him and he has worked hard to develop a professional relationship with the media, focused on his work and the issues he cares about.

But the past week has seen a line crossed. His girlfriend, Meghan Markle, has been subject to a wave of abuse and harassment. Some of this has been very public - the smear on the front page of a national newspaper; the racial undertones of comment pieces; and the outright sexism and racism of social media trolls and web article comments. Some of it has been hidden from the public - the nightly legal battles to keep defamatory stories out of papers; her mother having to struggle past photographers in order to get to her front door; the attempts of reporters and photographers to gain illegal entry to her home and the calls to police that followed; the substantial bribes offered by papers to her ex-boyfriend; the bombardment of nearly every friend, co-worker, and loved one in her life.

Prince Harry is worried about Ms. Markle's safety and is deeply disappointed that he has not been able to protect her. It is not right that a few months into a relationship with him that Ms. Markle should be subjected to such a storm. He knows commentators will say this is 'the price she has to pay' and that 'this is all part of the game'. He strongly disagrees. This is not a game - it is her life and his.

He has asked for this statement to be issued in the hopes that those in the press who have been driving this story can pause and reflect before any further damage is done. He knows that it is unusual to issue a statement like this, but hopes that fair-minded people will understand why he has felt it necessary to speak publicly.