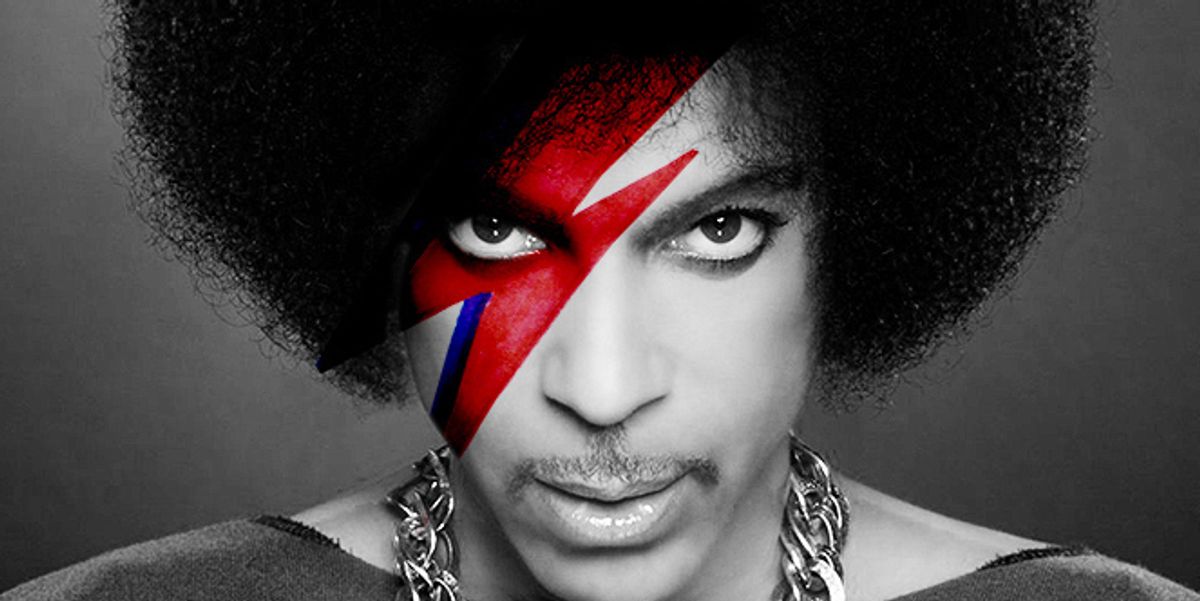 Included in his set was a cover of David Bowie's immortal anthem "Heroes," and even from the short sampling currently available, the result is goosebumps-inducing.

Pardon me, I just need to go weep into a silk robe for a few minutes.

Prince also covered Bob Marley's "Waiting In Vain," as well as Joni Mitchell's "Case of You."

No doubt Prince looked up at the night sky, and winked at Bowie's ship, still traveling across the ocean of space.