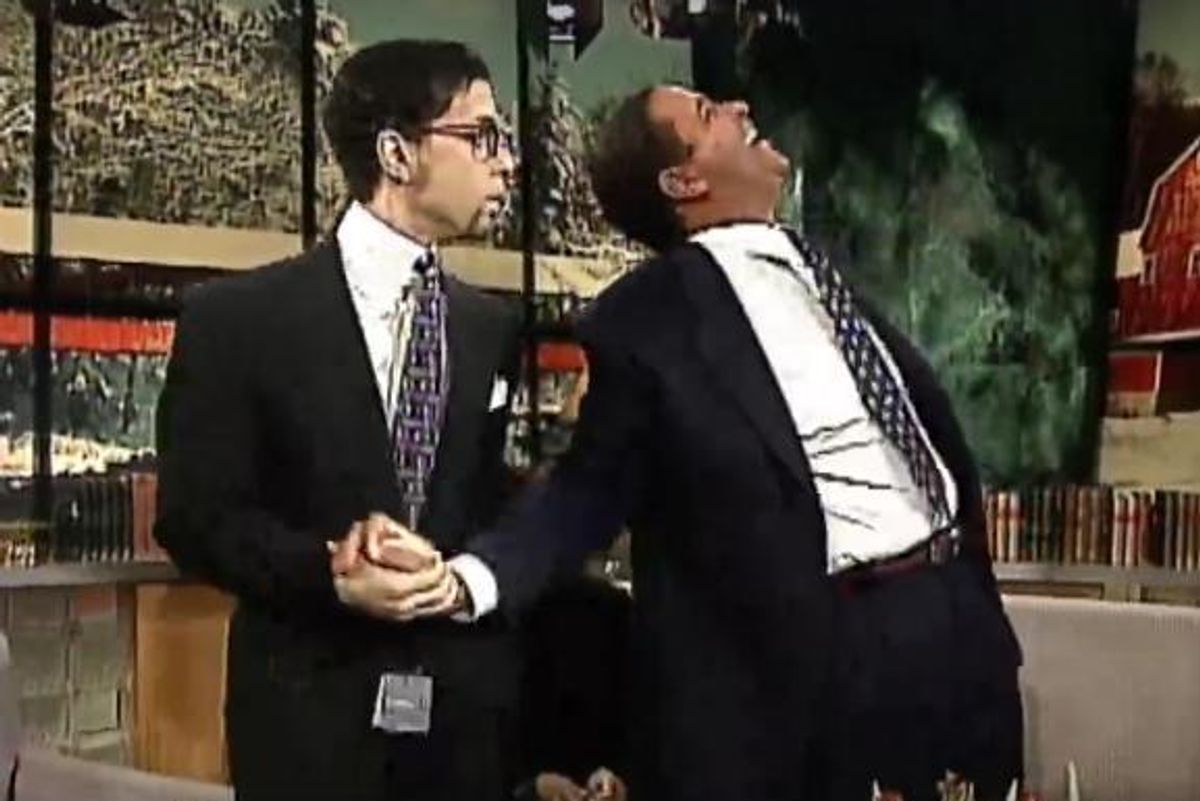 Remember When Prince Surprised Bryant Gumbel On His Last Day At The Today Show?

We didn't either, but thankfully the flood of "Oh, that fucking happened, thank god" clips of Prince throughout the years continues into today, and each one reminds us just how god damn special this man was.

On Bryant Gumbel's last day as an anchor on The Today Show in 1997, his co-anchors Katie Couric, Matt Lauer, and Al Roker, surprised the legendary talking head with an appearance by his favorite musician--at that time going by the divine moniker of The Artist Formerly Known As Prince.

Not surprisingly, Bryant lost his shit--his voice achieving an octave only reserved for those in the presence of such greatness.

Prince, dressed like Bryant in a conservative suit and tie, strolled in with his standard pimp-limp, while the anchors and crewed swirled in disbelief.

Prince proceeded to play two songs--one of which he wrote specifically for Gumbel's exit.

The climax of the clip happens when Prince does an uncanny impression of the normally serious news anchor.