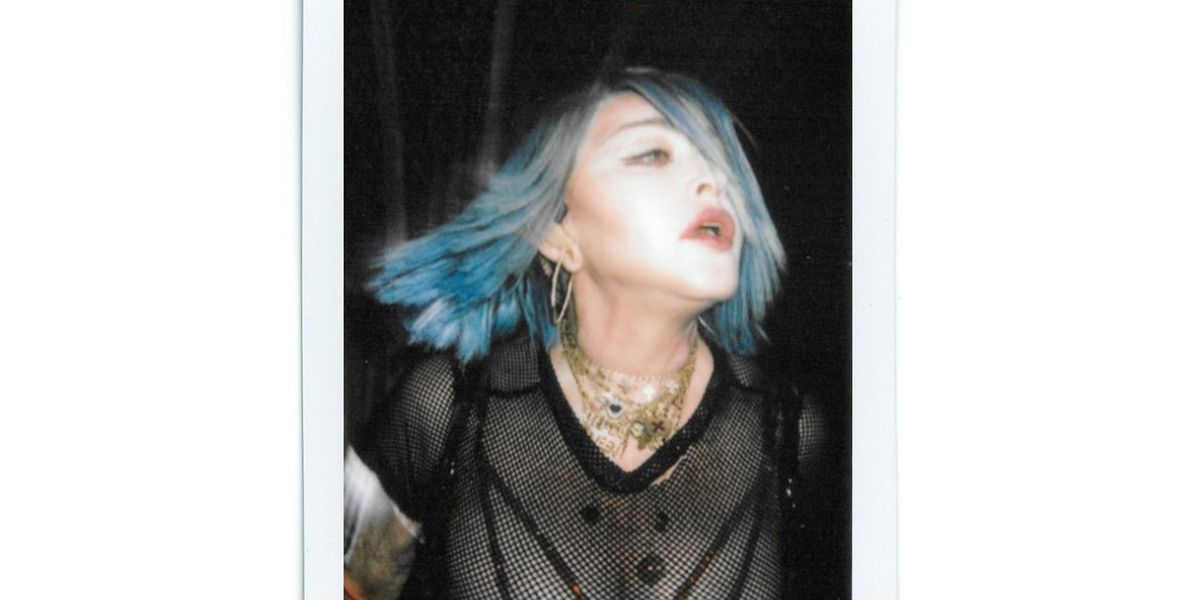 Not since pre-rona times has New York seen a room as packed with so many A-list heavyweights as it did on Thursday night, when The Standard, Highline threw a bash to celebrate Pride and the city's reopening. It was thee party to be at — swarms of people gathered outside well before the start time of 10 PM in the hopes that they'd see Madonna, who teased a possible appearance earlier in the week.

Madonna did show up eventually, much to the delight of the crowd, and performed "Hung Up" and "I Don't Search I Find" on top of the circular bar in a blue wig while wearing Hood by Air and Jean Paul Gaultier. The party continued well into 4 AM, with Madge and her crew hitting the dancefloor at nearby Le Bain.

The event, dubbed Pride x Boom, was organized by The Misshapes' Geordon Nicol, The Standard's Corey Tuttle and Madonna collaborator and photographer/ videographer Ricardo Gomes. There was also an auction of three new signed polaroids that were shot by Gomes and Madonna at her home in New York, which raised over $100,000 for the The Ali Forney Center and Haus of Us.

Relive that epic night in some exclusive polaroids, below, as well as shots from all over NYC during Pride weekend, from Pride On Top with with Susanne Bartsch and New York, New York with Amanda Lepore.