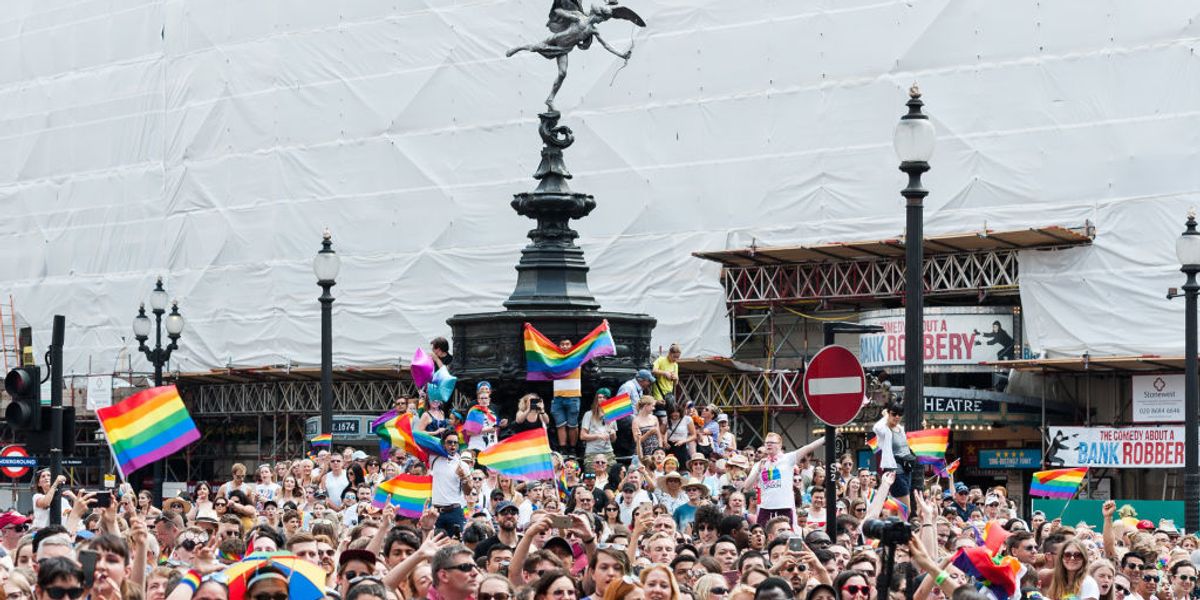 London Pride organizers allowed an anti-transgender group at Saturday's parade. The Independent reports that a group of about ten women headed the parade while carrying banners that read 'Transactivism Erases Lesbians.' They also "handed out anti-trans leaflets describing trans movement as 'anti-lesbian'," and lied on the ground "at the front of the march until officials persuaded them to move on." Some of the attendees and observers call the group TERFs, or trans-exclusionary radical feminists.

Naturally, other marchers and members of other participating LGBTQ+ organizations were appalled and questioned why the group was allowed to lead the march to Trafalgar Square. London mayor Sadiq Khan and the National Health Service staff were supposed to lead the march, also in celebration of the NHS' 70 years in operation. But because of high temperatures, event organizers of Pride in London had to make changes. A spokesperson tells The Independent, "Given the hot weather and in the interest of the safety for everyone attending today's event, the parade group was allowed to move ahead." Still, they condemn the actions of the group that led the parade on Saturday. "We do not condone their approach and message and hope the actions of a very small number people does not overshadow the messages of the 30,000 people marching today."

English queer artist and LGBTQ+ rights activist Travis Alabanza took to Instagram to react. "London pride being interrupted and led by anti trans protestors for some of the march is so saddening to hear. Unfortunately, it is not shocking," captioned Alabanza. "Don't allow pride to be a lip service, use it as a reminder to love your queer and trans friends hard - and commit to tangible actions of solidarity. To my trans and gender non conforming siblings, I love you. 💕"