In February, Pratt Institute students who were in the midst of mid-term projects returned to the school's historic Main Building to find that their work had either been destroyed, or, at best, damaged, in a four-alarm fire that had broken out in the night. A devastating loss, surely -- the Times describes students weeping over destroyed pieces -- but all's not lost. Thanks to  Larry Gagosian and a few generous patrons, the 44 senior drawing and painting students affected by the fire have been given a gallery space at the Seagram Building (375 Park Avenue) to display those works salvaged from the fire, and ones inspired by it. Fittingly titled "Flameproof," the show runs from May 9th-May 14th. Below, a preview of some of the pieces that will be included, courtesy of Pratt. 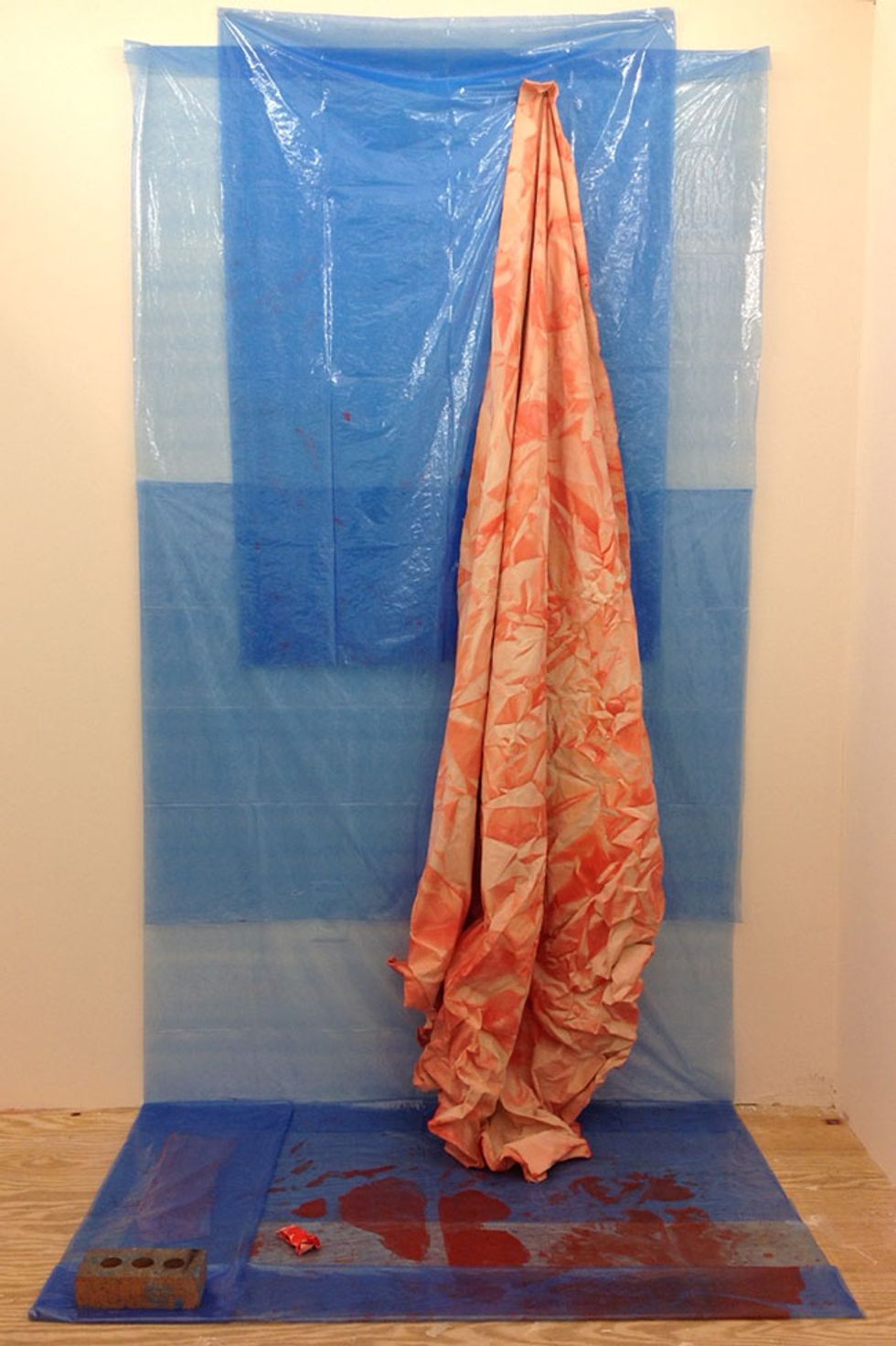 "View," 2013
Mix Media 96 x 54 x 34 inches
Susan says: "While losing all of my Thesis work in the February 15th fire was initially devastating, followed by a period questioning how to go forward, I was finally able to focus my energies on collecting materials for future works, even if I did not know what they would be. That activity was fundamental to helping me make new work.
Sally Novak 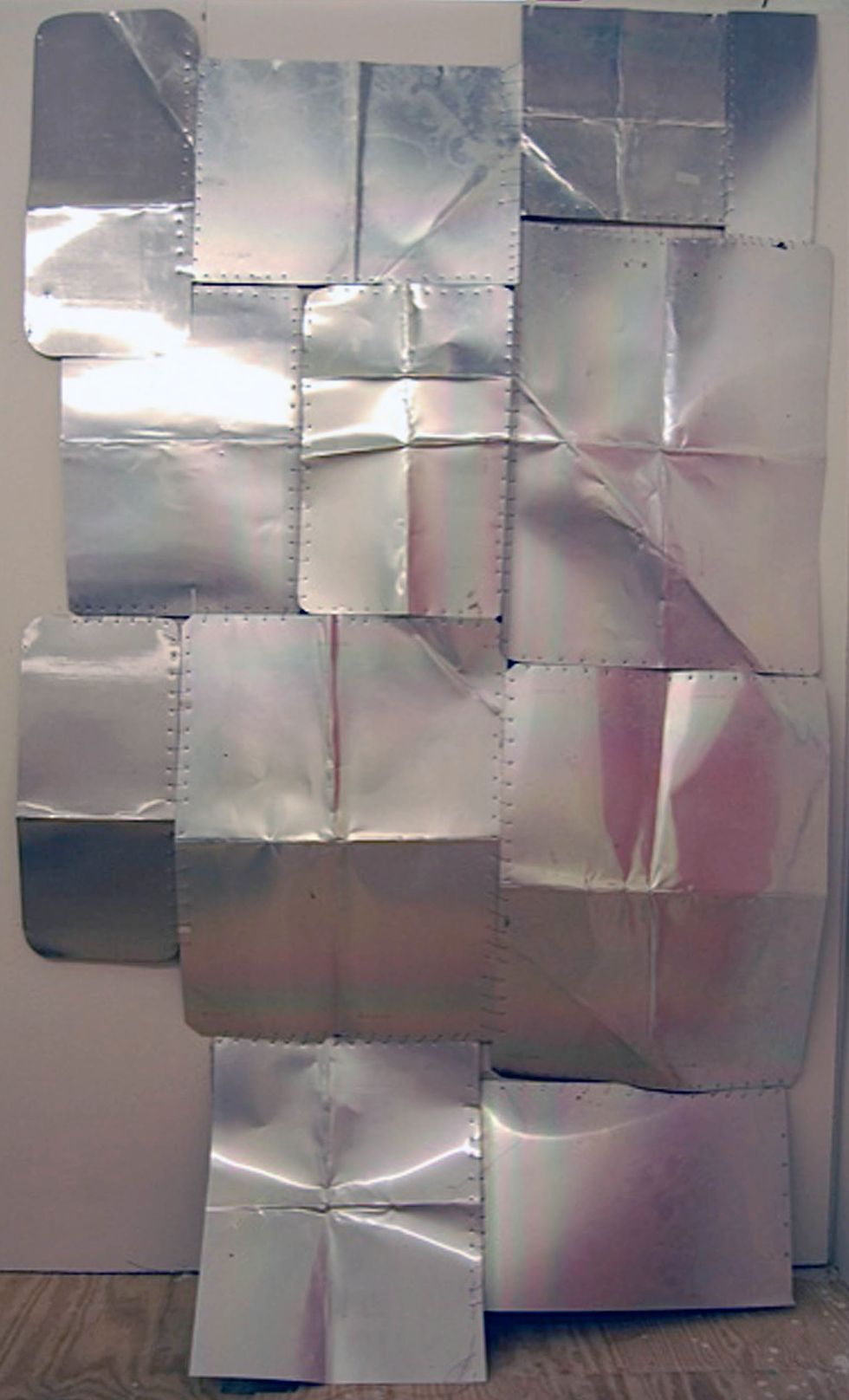 It's a two-part installation entitled "Dermis". The materials are mixed media (modeling paste, fabric and acrylic mounted on canvas, aluminum lithography plates and copper wire). The dimensions are 94"x109".
Sally says: "The installation is a departure, even though I'd previously worked with copper wire and fabric mounted on canvas. What changed was scope, larger size and color. I'm also focusing on surface, both reflective and sculptural in my new work."
Daniel Barragan 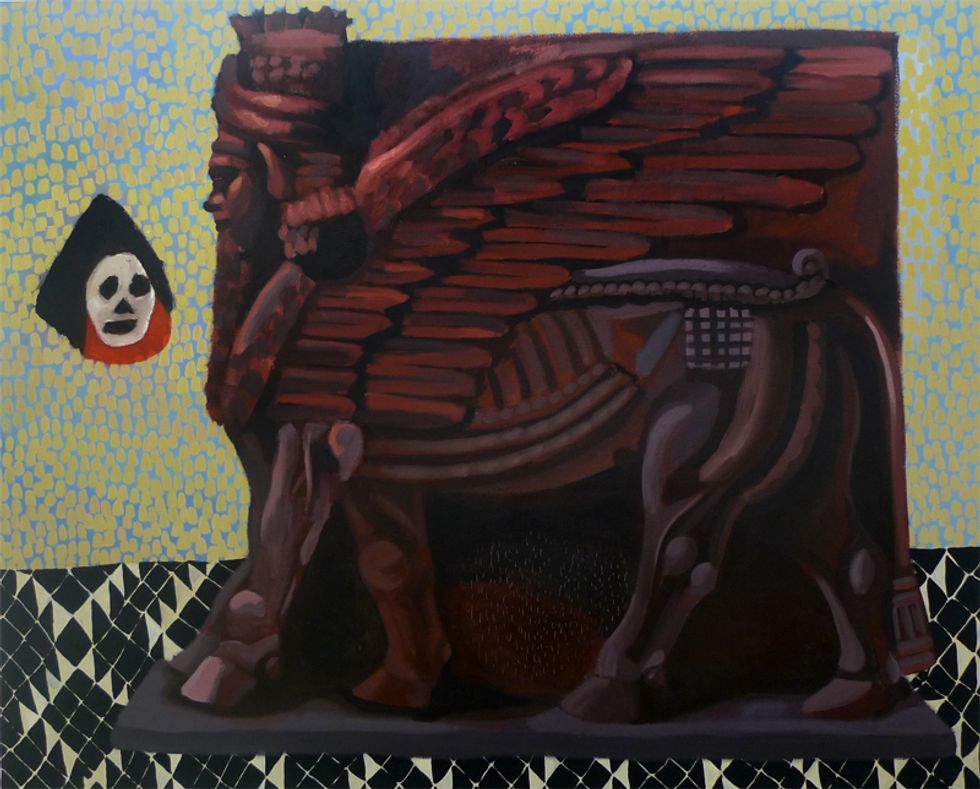 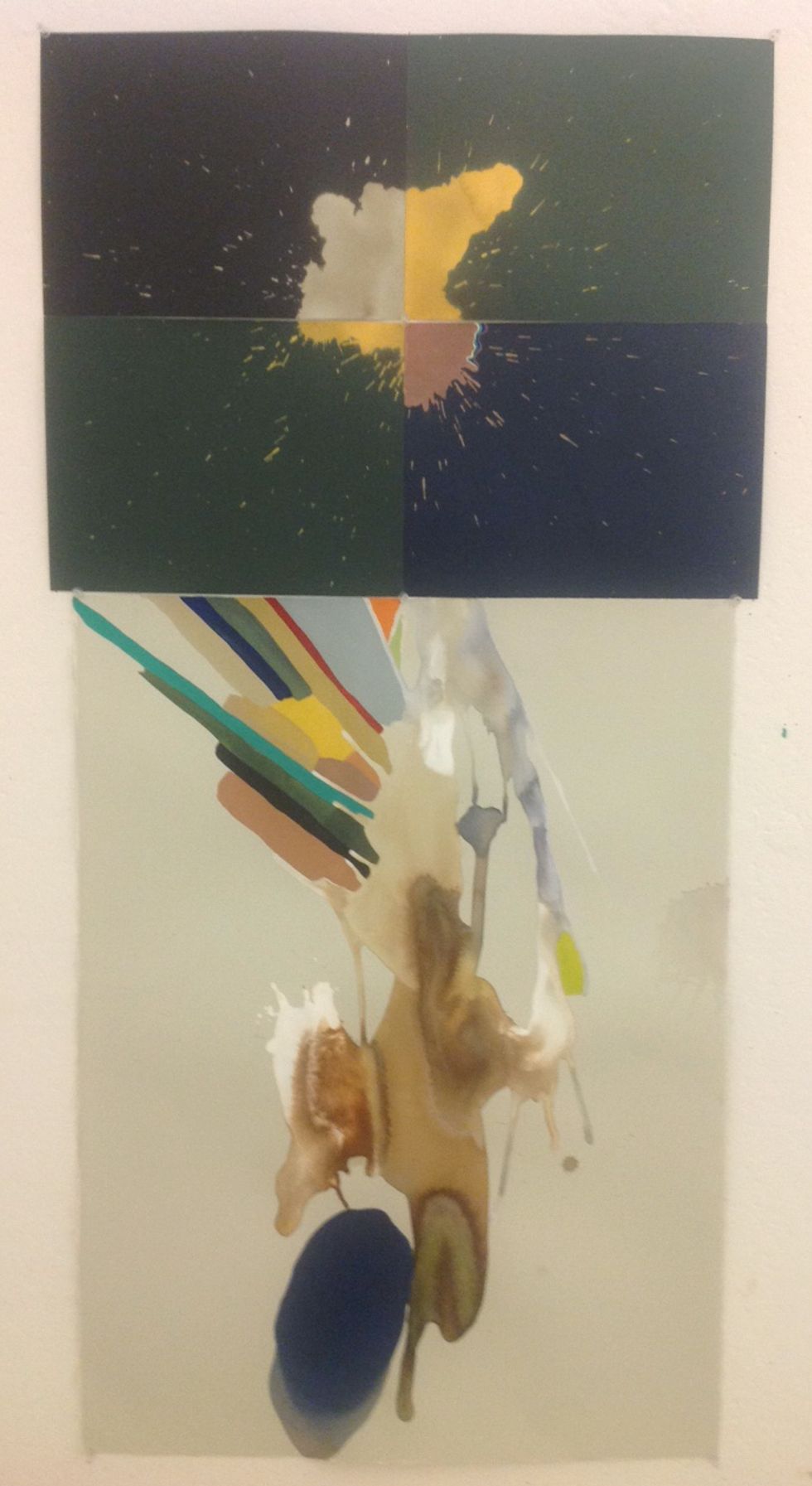