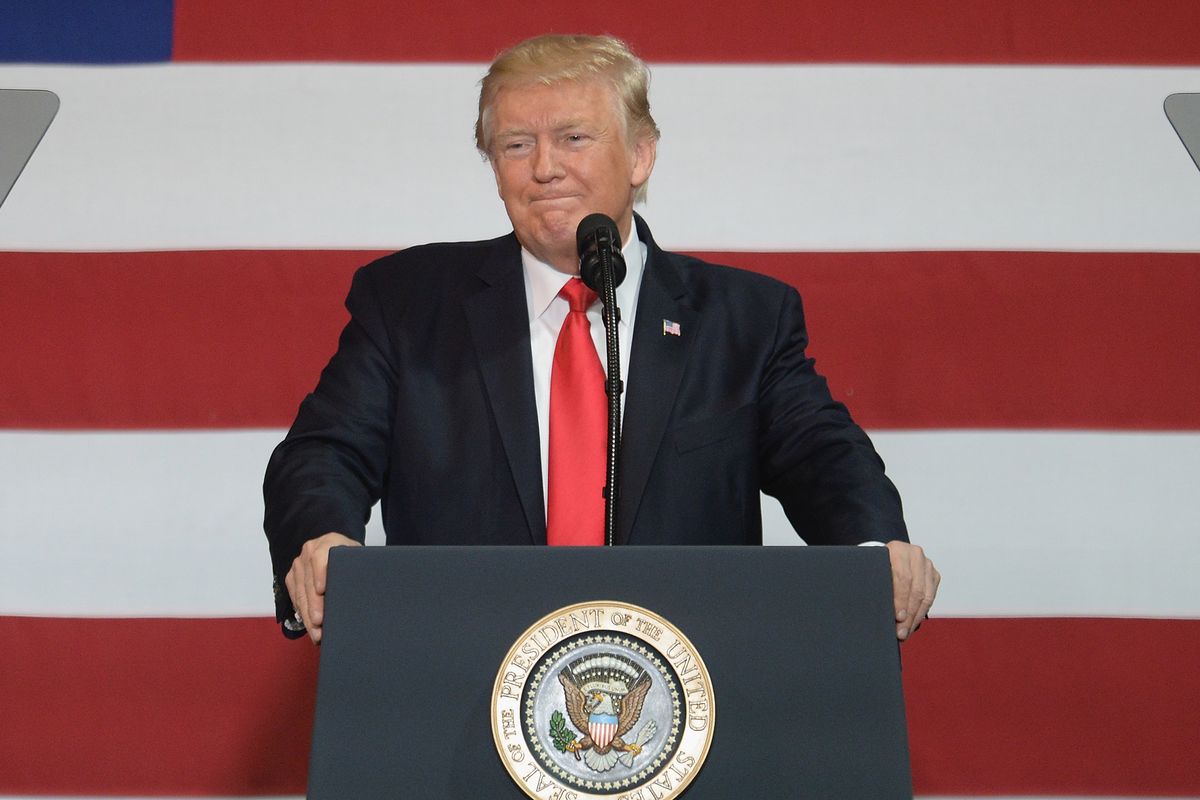 President Trump said today that the legal fate of nearly 800,000 young undocumented immigrants brought to the U.S. as minors will be decided as early as today or this weekend. Known as DREAMers, this particular group of immigrants was granted work authorization under a temporary Obama-era program known as Deferred Action for Childhood Arrivals.

Since taking office, Trump has rolled back or tried to dismantle a number of Obama-era policies, including the Affordable Care Act, the Cuba agreement, equal pay protections for workers and anti-discrimination laws that protect LGBTQ people. The fate of DACA and the tens of thousands of people affected by it has been unclear since Trump took office, and his announcement that the decision will be made "sometime today or over the weekend" didn't shed much light.

He later added, "Will be releasing on DACA sometime over the weekend, probably Sunday, Saturday; latest will be Monday."

Trump said during his campaign that he would end Obama's "illegal amnesties," but the DREAMers - while technically in the U.S. illegally - are generally viewed sympathetically by most people with hearts. A September 5th deadline looms for the president, due to a threatened legal challenge to the program if a decision is not made by officials in Texas and nine other states.

Attorney General Jeff Sessions has said he does not wish to defend the program in court, and so far no one in Trump's administration has stood up for the program. Trump himself seems unsure of what to do, speaking of treating the young immigrants with "heart" once he took office.

Supporters of the program have been urging Trump not to end it, and Republican leaders including House Speaker Paul Ryan said Trump shouldn't scrap it, saying today, "I actually don't think he should do that. I believe that this is something that Congress has to fix."