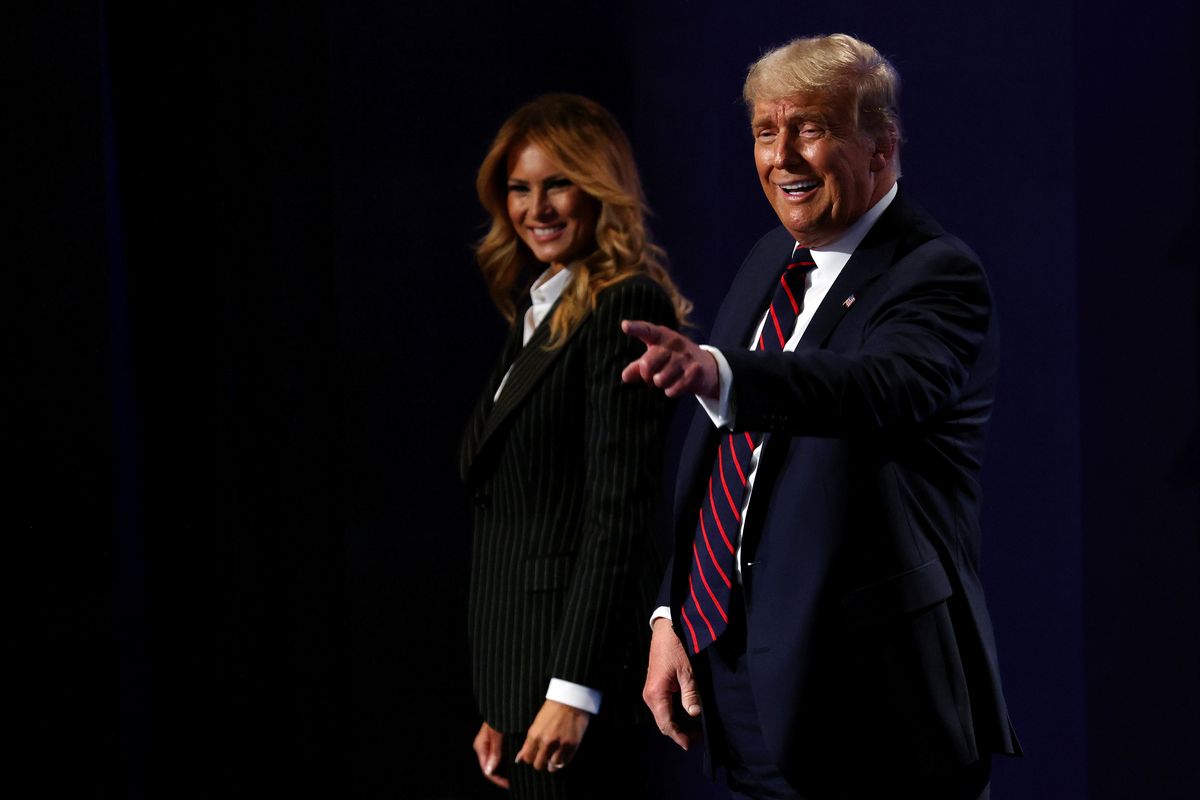 Yep, the Trumps Have COVID-19

Either you had a late night memefest or woke up to an incredible push notification: either way, it's confirmed that both President Trump and his wife Melania Trump have tested positive for COVID-19.

The world first found out, naturally, through one of Trump's off-the-cuff tweets. His glossy-haired advisor Hope Hicks tested positive yesterday, and the President was tested because they'd shared an Air Force One flight. The White House has confirmed that the President is showing mild symptoms for now.

This is obviously bad news on a number of fronts. Firstly, the President came into contact with around 100 people at a New Jersey fundraiser on Thursday, during which he seemed "lethargic." Secondly, the President (less so Melania) is a high-risk virus patient: he's elderly (74), obese and, as several people on Twitter have joked, low income.

As we know, British Prime Minister Boris Johnson, who is nearly two decades younger than the President, contracted the virus earlier on in the pandemic and only barely made it through — at one point he was on an ICU ventilator.

With only a month until the election, the Trumps will now isolate for 14 days. It's unknown what any of this means for the campaign trail, the next two scheduled debates or the appointment of Trump's Supreme Court nominee Amy Coney Barrett.

In many ways, all paths were leading here. Trump has repeatedly played down the health risks of the pandemic, and has frequently been photographed and attended rallies without wearing a mask.

Mike Pence, Trump's VP, has tested negative. Democratic presidential nominee Joe Biden, who shared a stage with Trump during that debate we'd all rather never think about again, is being tested this morning and we'll know the results shortly.