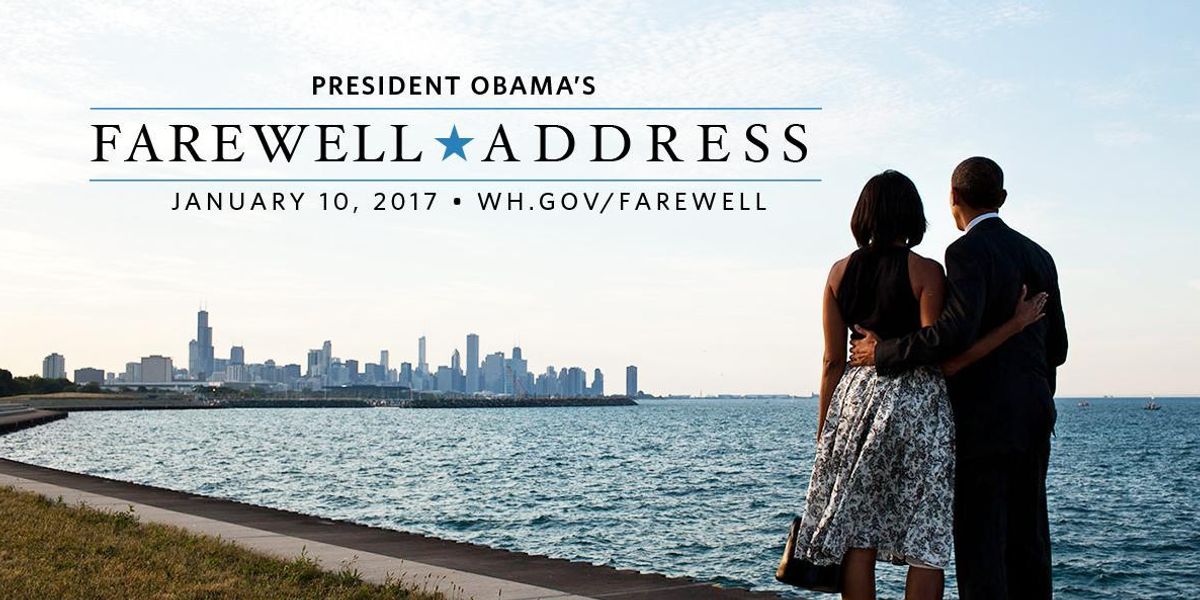 Tonight at 9 pm (EST), President Obama will give his final address at the McCormick Place convention center in Chicago, Illinois.

Obama's team decided on Chicago, instead of the White House, because of its neutrality, and more so because of its sentimentality as POTUS' hometown; the convention center--the biggest in the country--is only 4 miles from where Obama made his 2008 victory speech.

It will air on all networks, as well as live on the the White House YouTube channel (which you can stream below).

Prepare to cry, and remember, yes we can.