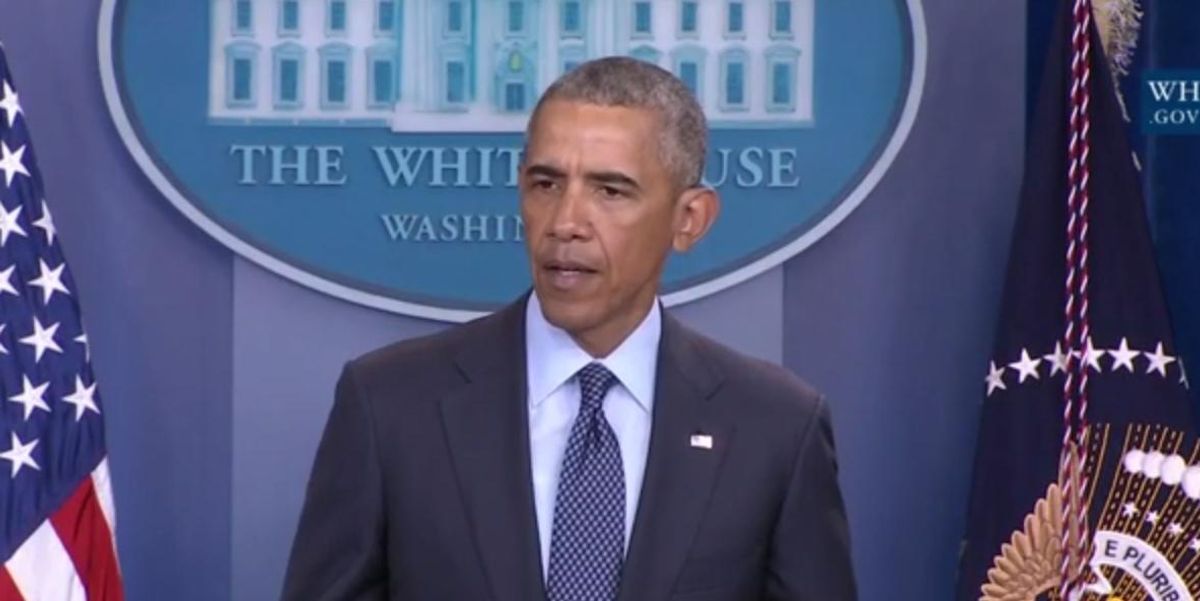 Amidst mounting evidence that the Pulse nightclub shooter had connections to ISIS, President Obama released a statement on the Orlando massacre, calling it "an act of terror, and an act of hate." After expressing his condolences to the families of the victims and the people of Orlando, and his gratitude to police and first responders, Obama acknowledged the particular anguish felt by the LGBTQ community in the wake of this tragedy:

"This is an especially heartbreaking day for all our friends, our fellow Americans who are lesbian, gay, bisexual, or transgender. The shooter targeted a nightclub where people came together to be with friends, to dance, to sing, and to live. The place where they were attacked is more than a nightclub, it is a place of solidarity and empowerment where people have come together to raise awareness, to speak their minds, and to advocate for their civil rights. This is a sobering reminder that attacks on any American, regardless of race, ethnicity, religion, or sexual orientation is an attack on all of us and on the fundamental values of equality and dignity that define us as a country."

Watch the full address below: