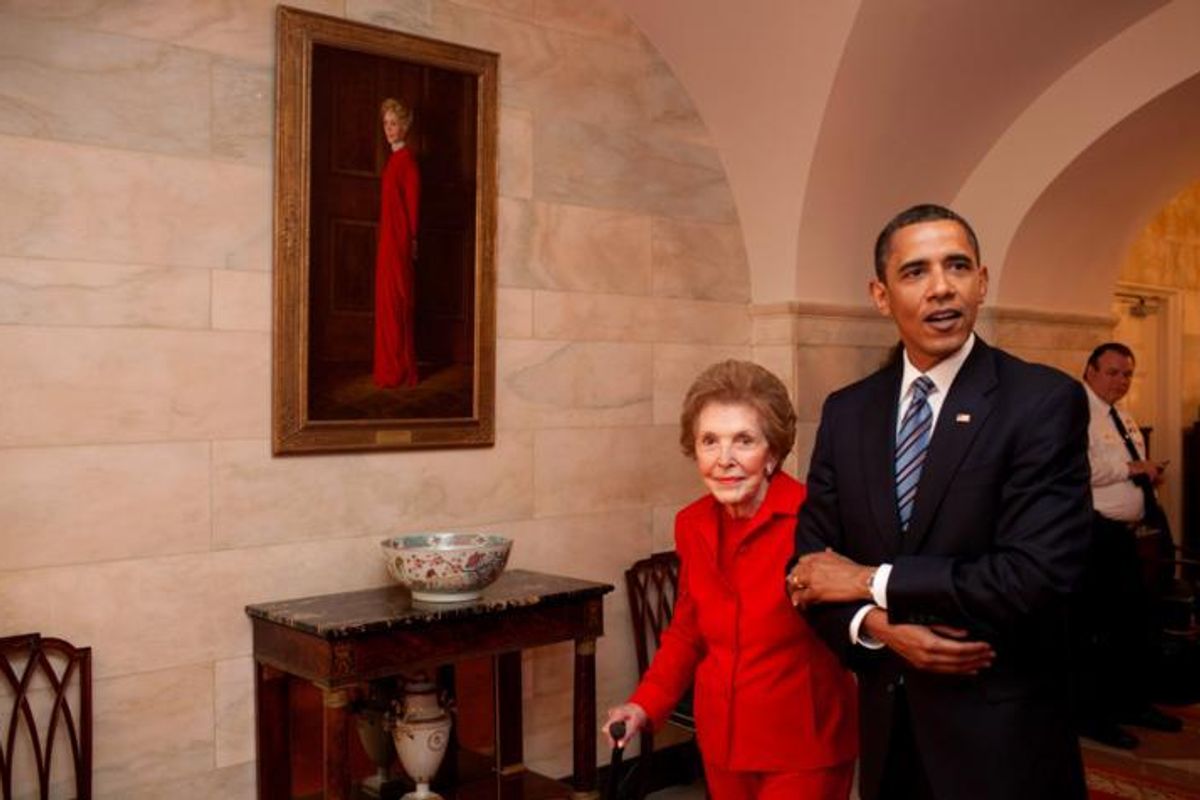 News of of the passing of former First Lady Nancy Reagan this weekend garnered a...plethora of reactions; regardless of if you're a fan or not, no one can deny her impact on American history.

Her funeral -- planned for Friday -- will no doubt attract thousands of mourners from all over the country.

As we've just learned, President Obama will not be among them.

The Commander in chief is following through with his scheduled keynote address at a Democratic fundraiser on day one of SXSW in Austin, which happens to be the same day as Nancy's funeral.

First Lady Michelle Obama and Hillary Clinton will attend in his place.

Naturally, many on the 'net feel outraged by his "snub," inferring that his actually very important and necessary speech is an excuse to rage at the Pitchfork tent.

Anyway, "snubbing" --or...is it disregarding...blatantly, so -- is something the late Mrs. Reagan and her husband were both very good at.

Aside from the President, we should take note of all the other people who won't be able to attend Nancy's service.