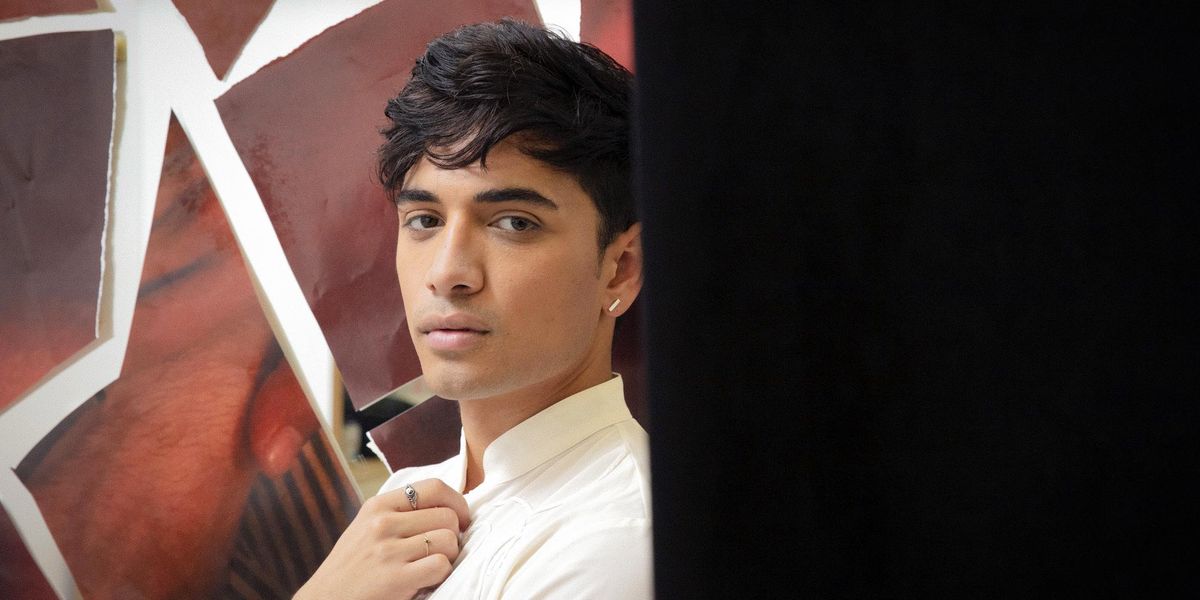 As a toddler, ZAN had a habit of interrupting their parents' dinner parties with impromptu solo performances.

"I would put on a backless dress, play 'Mera Piya Ghar Aaya' on VHS and dance around the living room to a baffled audience of conservative, Pakistani Muslim families and their well-behaved children," they recall. "My father, despite being a traditionalist, would sit there clapping along jovially. My mother would be giggling behind the frozen-in-shock aunties. My sisters would be trying to catch me to tie up the back of my dress before it falls off."

Related | Dance It Out With Empress Of and Kito

During the past year of intermittent lockdowns in Melbourne, they've found themselves reflecting on the past and re-watching their father's "dense archive" of footage depicting family travels and gatherings that were soundtracked by Sufi pop songs and Bollywood hits. "I felt like it was the only way to stay connected to myself through this impossible time," they say.

The result is "tu," ZAN's first release since 2018's Gulnaz EP, as well as their first Urdu-Hindi single. Premiering with PAPER today, it's a rhythmic loop of musical influences and childhood memories — and don't those tend to be the same thing?

ZAN wrote the bulk of "tu"'s lyrics on Whatsapp. That catchy and poignant "tu hi tu" refrain translates to "only you," while the outro contains a centuries-old ghazal, "Chhaap Tilak Sab Chheeni" (loosely, "With one glance of you, I disappear") composed by 14th century Sufi mystic Amir Khusro. A lyric video collages some of that found family footage with images from ZAN's current life.

This is the first taste of new music from ZAN: a body of work that has traveled with them "through space and time, across oceans, continents and hard drives." Over the past three years they've lived, performed and worked between Boorloo (Perth), Naarm (Melbourne), Tongva land (Los Angeles), Haripur and Lahore.

"'tu' was written at the end of this journey," they say. "It is about coming back to the beginning. If you get lost along the way, you can always find yourself there."