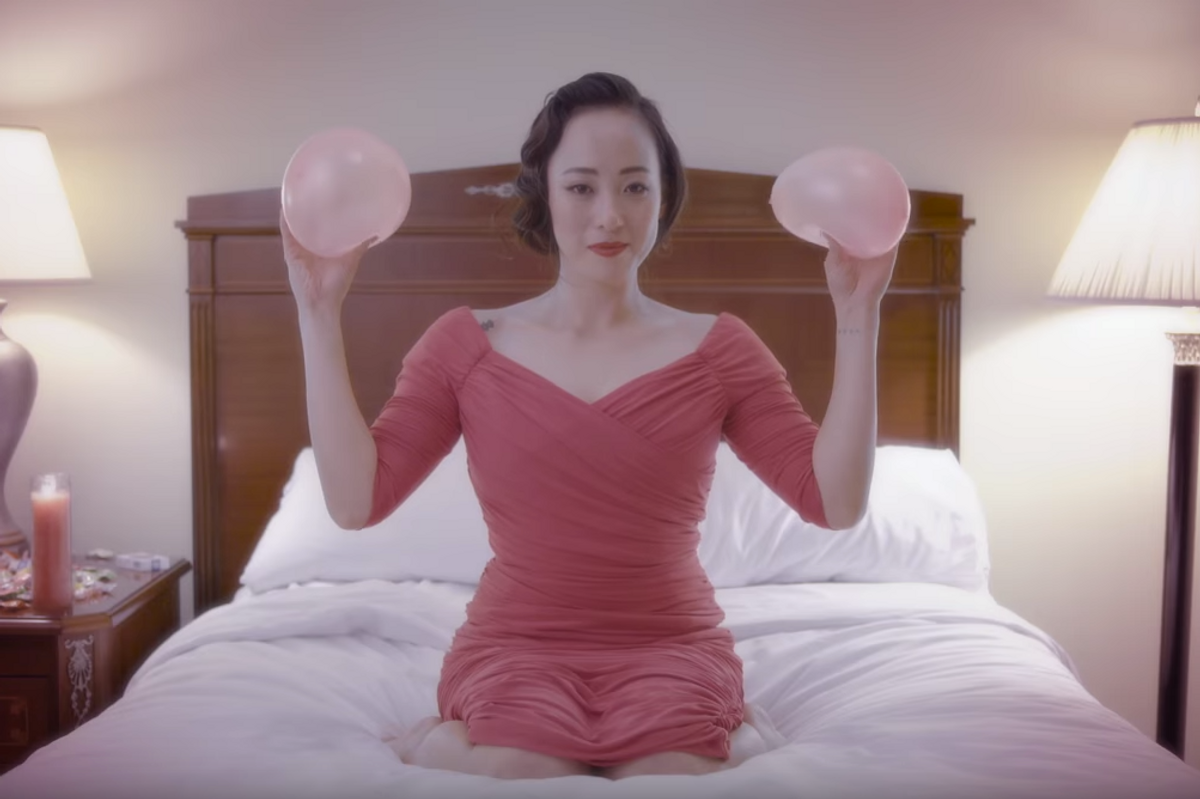 "If I have to hear another fucking depressing Xiu Xiu song I will hang myself," says Xiu Xiu member Angela Seo. Their latest, "Wondering," off the recently released new album FORGET, bucks the "depressing" tag with an upbeat, even downright poppy vibe. Though fellow bandmate (and founder) Jamie Stewart is quick to note that it's not as positive as all that. "Well...to boogie is not always a sign of optimism," adds Stewart. "It came from appreciating Joe Meek and his bizarro teen melodrama master works of proto pop."

The video for "Wondering" at least nods to a cheerier vision, with Stewart, Seo and some pastel-gowned women as muses jumping on beds and playing with stuffed unicorns, candy cigarettes, and baby powder--a copious amount of baby powder. "I'm depressed. So I just wanted something pretty and pastel and cute and feminine to look at," Seo, who directed the video, says of its inspiration. Stewart calls out Toilet Paper Magazine and the late Chinese photographer Ren Hang, as well.

FORGET is out now, and Xiu Xiu will be on tour this spring (dates below).