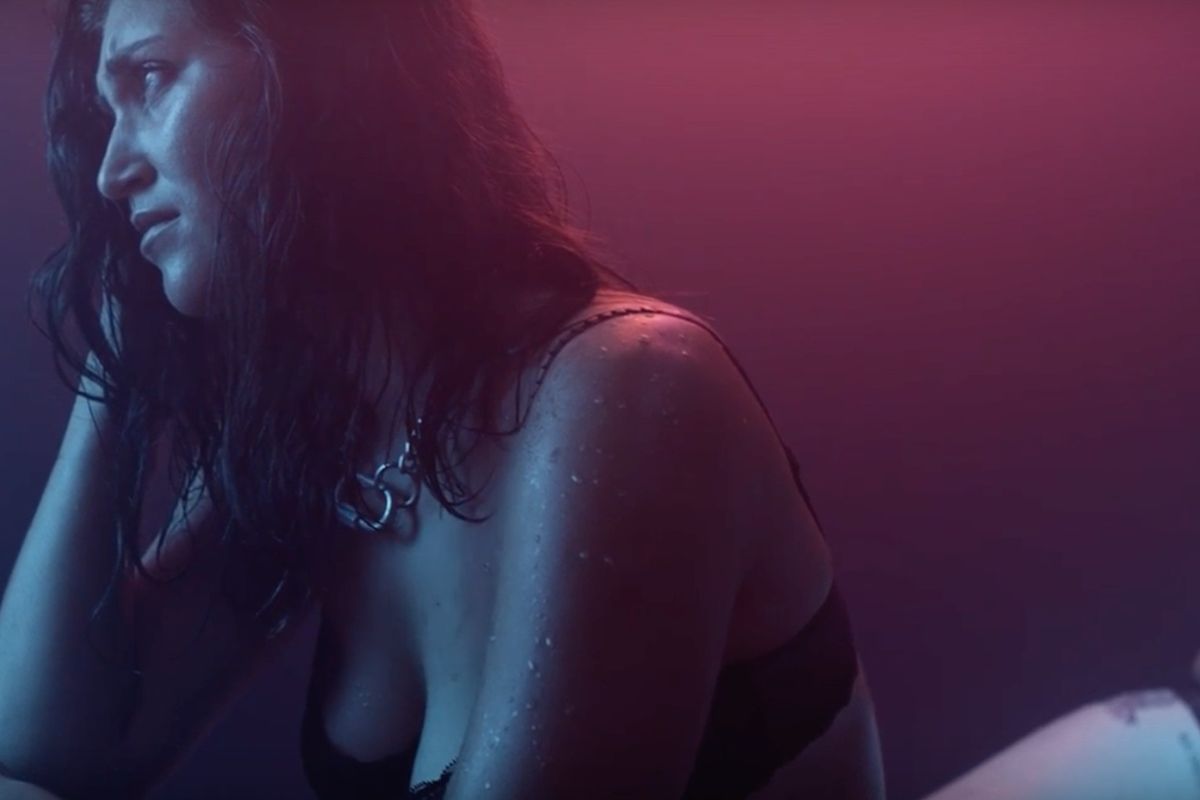 Mykki Blanco's finally back, and this time it's with our premiere of the first "vignette" for his "Loner" video, taken from his self-titled debut out next week.

The first in a series of four teasers showcasing snippets of the experimental music video, the Oliver David and Madison Velding-VanDam-directed project is meant to explore (and celebrate) "the Loner" via miniature narratives based on an abstraction of a social encounter. And while it's supposed to depict this character as an identifiable figure who has actively chosen to be alone and isolated -- and are subsequently empowered by their difference -- the project still dutifully acknowledges the emotional alienation this trope sometimes entails.

Crowdsourcing their casting call to Blanco's fans over social media, the videos extend the concept of alienation to modern social media practices and the way bodies on these platforms are simultaneously sexualized and decontextualized. They were also shot entirely in a dark studio to represent this sort of void, and represent a space that is both intensely intimate, yet profoundly desolate in its emptiness.

Mykki Blanco's Mykki is out on September 16th via !K7 Records.