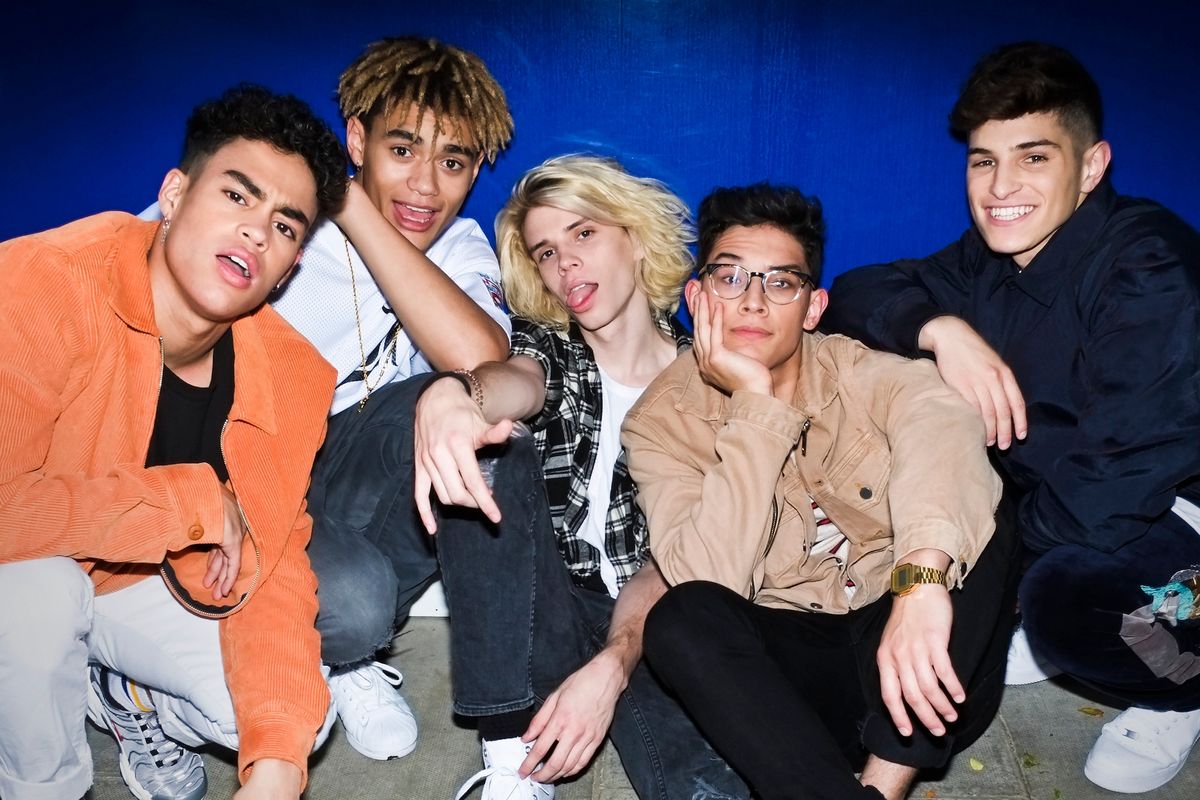 If you're on the lookout for a new pop jam, look no further because PRETTYMUCH's new single, "Open Arms," is one hell of an earworm. Originally discovered by Simon Cowell, members Austin Porter, Brandon Arreaga, Edwin Honoret, Nick Mara, and Zion Kwonu were initially involved in individual projects before Cowell invited them to a showcase in New York City, and from there PRETTYMUCH was born. This summer they released their debut track, "Would You Mind," quickly followed by "Teacher." Last week they released "Open Arms," an a capella ballad whose music video we're excited to be premiering here. The '90s-style black-and-white video shows the guys performing in front of a grainy white wall with visually striking lyrics popping up throughout. "This song means a lot to us so we wanted a video to match that," PRETTYMUCH says. "It's one that we were most heavily involved in lyrically so making a video that highlighted the lyrics was really important. At the end of the day, we just want to have fun and be goofy so we always make sure our videos show that to. We hope everyone like it as much as we do."

Watch the video above and be on the lookout for their debut album, which the guys are said to be working on now.