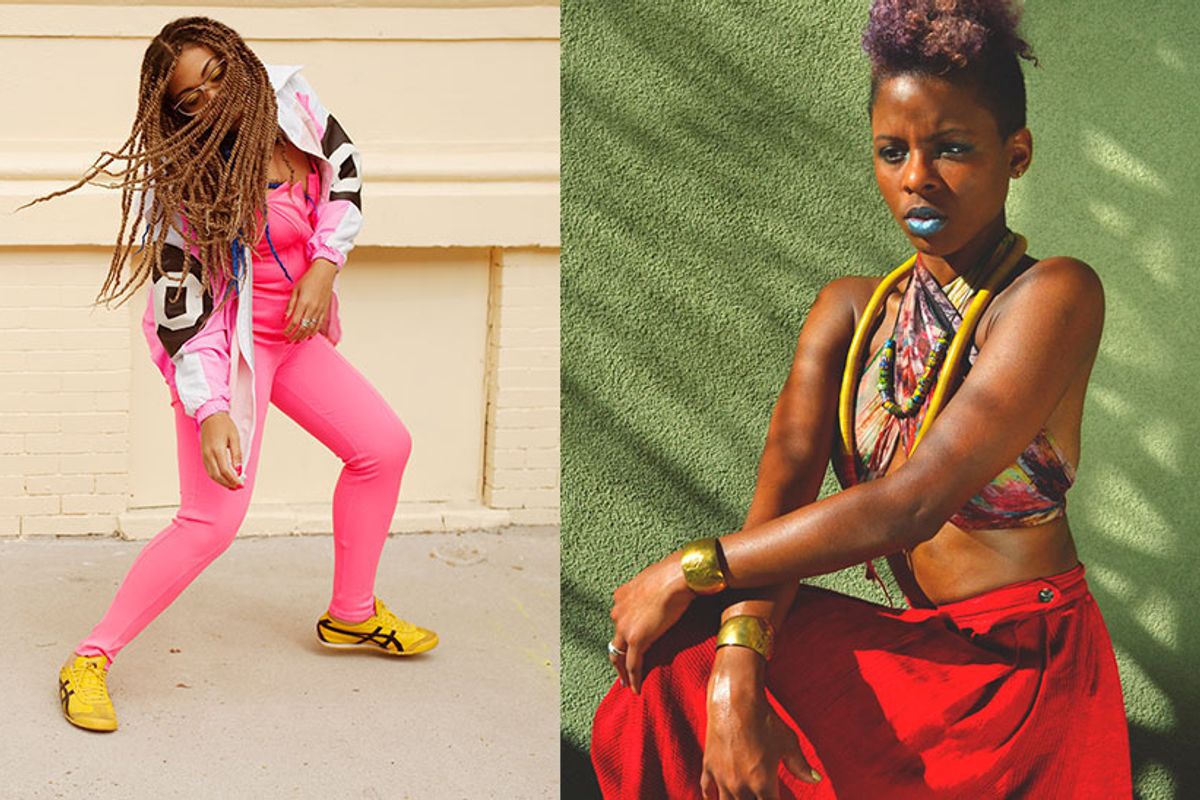 Producer Suzi Analogue and rapper Queens D. Light are bringing us a verifiable bicoastal breakneck of a collaboration with their new music video for the unabashedly in-your-face track, "Multiplyyy."

A high-velocity, drilldown of a track that Analogue says reflects her desire to fight the societal notion "that women and girls must make themselves smaller, reduce their size, not be too loud or too energetic," it obviously had to be accompanied by an NYC and Oakland-shot video that's "simply a jolt of raw feminine energy." Featuring Analogue, Queens D. Light and their entire crew showing us what it means to unapologetically harness the vibrant energy of femininity via quick cuts made at whiplash-inducing speeds, Analogue says it's a reflection of how "we are feeling our lives, our individual styles, coming together as women."

"[Alongside our allies, we are seeking to] tear down the idea of reducing our inner power as women with our own wave," Analogue continued. "We are being carefree and using that power to create a place for women of the future. We are freeing our bodies of being policed and dictated by others, and dancing in the streets together to the beat that we choose" -- which is definitely a message we can stand 100% behind. Watch below and make sure to catch Suzi Analogue live at Bushwick's BOOM Rave this weekend.