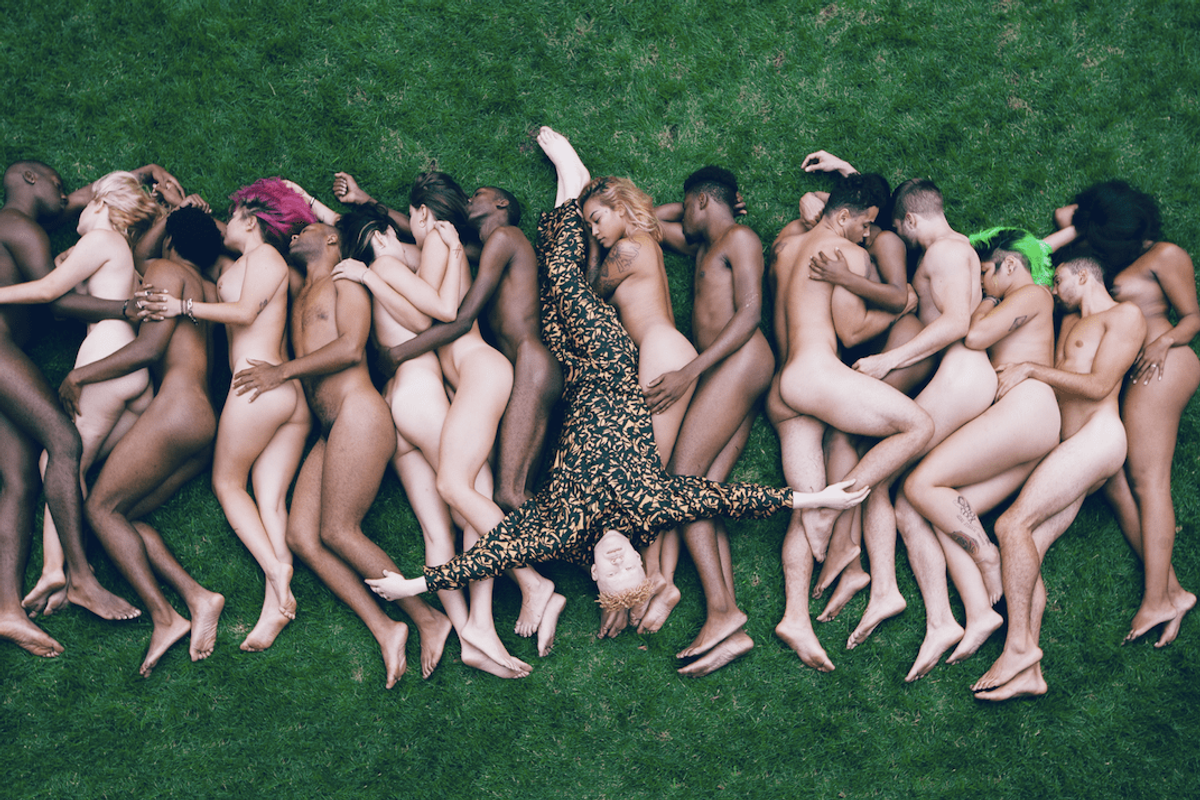 Shaun Ross has risen to become one of the memorable models of the decade (insert sweet throwback to Lana Del Rey's short film Tropico here), but that's he's refusing to stop here. While many of us breathe a collective sigh of exasperation when any public figure attempts to venture into another lane, Shaun Ross's debut offering is an alt-pop-rnb amalgam of dreams and you can guarantee his music career is about to pop the hell off.

The psychedelic video for his debut single "Symmetry" was directed and animated by broadway Hamilton star Brittany Campbell (icons only) and chronicles the emotional journey of a cartoon Ross and the people closest to him — among them Fifth Harmony's Lauren Jauregui. The inspiration, Ross says, was the old adage "your body is a temple."

"I wanted to create a new experience that could allow people to think differently," Ross says of "Symmetry. "We live in a society where creativity only lives for a few minutes, so I wanted to show something new even if I'm physically not in the video. When it came to choosing how I wanted to do my video, it wasn't until I saw an animation Brittany Campbell made of myself in the video "HEROS" that I knew I wanted my first video to be animated by her to tell the story right."