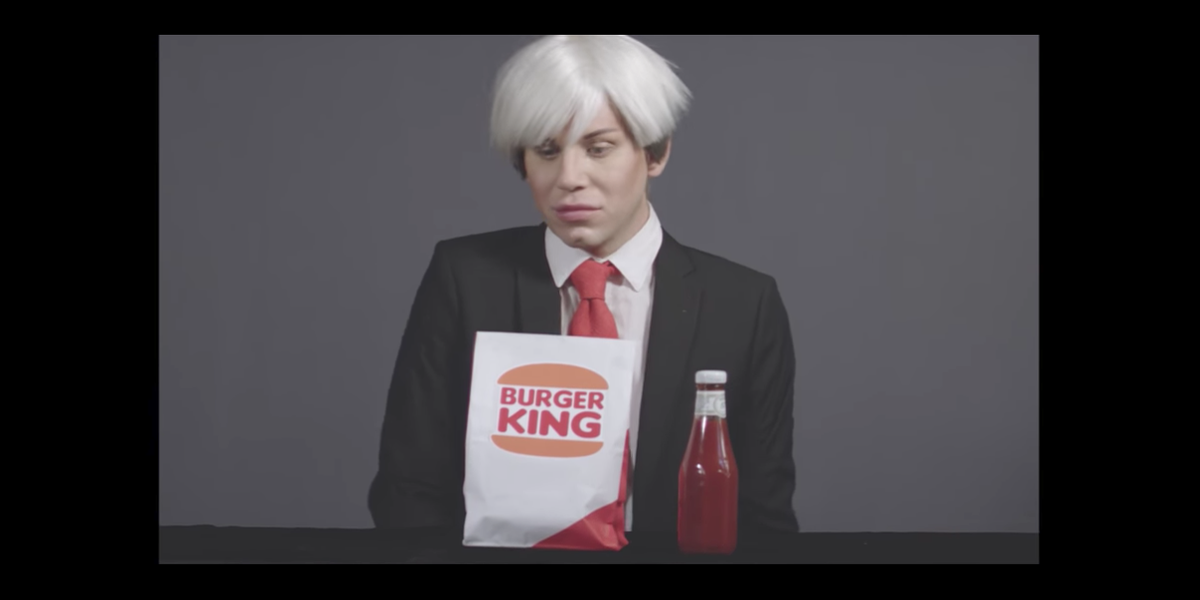 How do you create a video that can live up to a song title like "Andy Warhol Is Dead"? If you're Sharon Needles, you go for becoming the Factory legend, and then promptly offing your creation. Needles opens by recreating the video of Andy munching away at a Burger King burger--with a choking twist. She also morphs into the deathbed photo of trans actress and Warhol Superstar Candy Darling as she was dying of lymphoma. More Warhol hallmarks appear throughout, including a Brillo box mausoleum for the artist, Campbell soup cans, and a shower of Velvet Underground bananas.