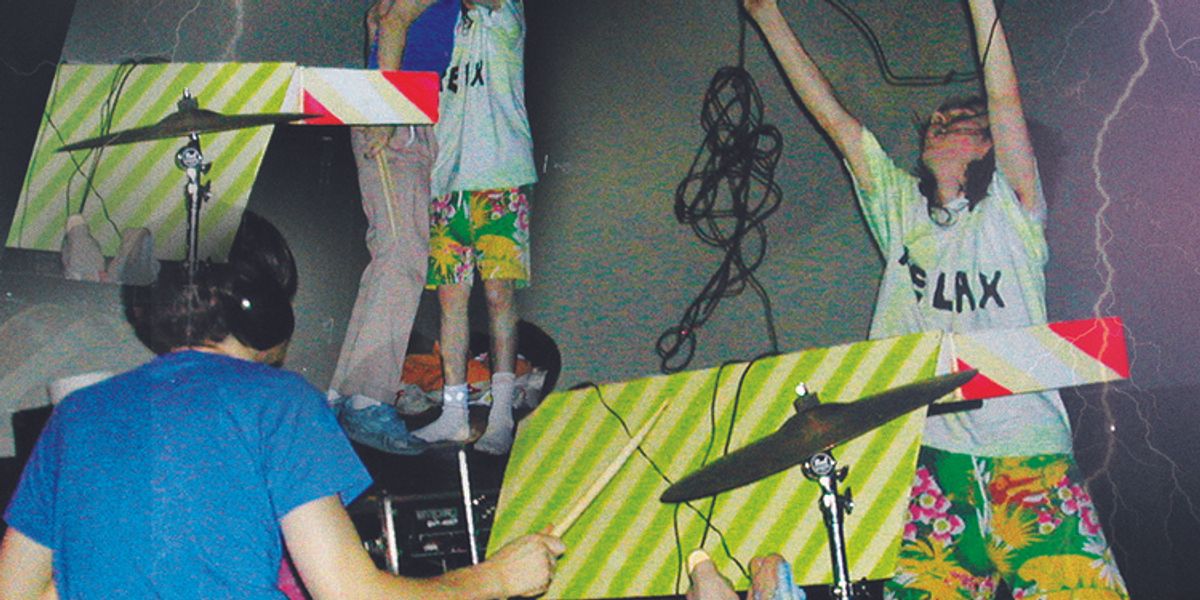 To be honest, contemporary Internet culture wouldn't be the same without extremely influential (and severely slept-on) experimental noise band/performance artists, Extreme Animals -- and as such, PAPER is proud to present the premiere of their video for "God Jam (Blow Your Pants Off)," taken from their forthcoming Thunder Zone anthology.

The project of artist Jacob Ciocci and producer/web developer David Wightman, Extreme Animals are integral members of the legendary Paper Rad artistic collective and an entity that encapsulates a pivotal moment in early-aughts culture when "noise kids were learning how to rave and DIY rules were getting smashed to neon pieces." With an artistic impact that's still reverberates well into 2016, they continue to serve as a key inspiration for many in the noise community and other multimedia artists, including Cory Arcangel, who told us that EA acted as "the soundtrack to my aughts."

So it only feels appropriate that the "God Jam" video opens with footage of a teenage Arcangel playing an EA track to a bunch of Subway sandwich artists -- a Mallrats-esque, Midwestern moment that soon descends into grainy, whiplash-inducing collage of nightvision rave footage and pixel-laden, power-up pop references. Combining abrasive power electronics, violently multicolored melodies and anxiety-inducing distortion, the neon-splash, cut-and-paste aesthetic of the song is truly a dizzying, yet uniquely satisfying, three minute bender.

"Have you ever un-wrapped and chewed several pieces of bubble gum at the same time -- the first 2-3 bites are like a sugar explosion -- totally mind rattling? For me, the Extreme Animals have always represented a similar experience," Arcangel explains. "From ring tone hip-hop, to nu metal, to euro-trance, to East Coast noise, they have always been able to smash some of the best and most addictive bits of contemporary popular music together into a blinding blur" -- which you can see for yourself below

Catch Extreme Animals with Juiceboxxx and Angels in America this Friday at Trans-Pecos. Their anthology is now available online and on cassette via Thunder Zone.