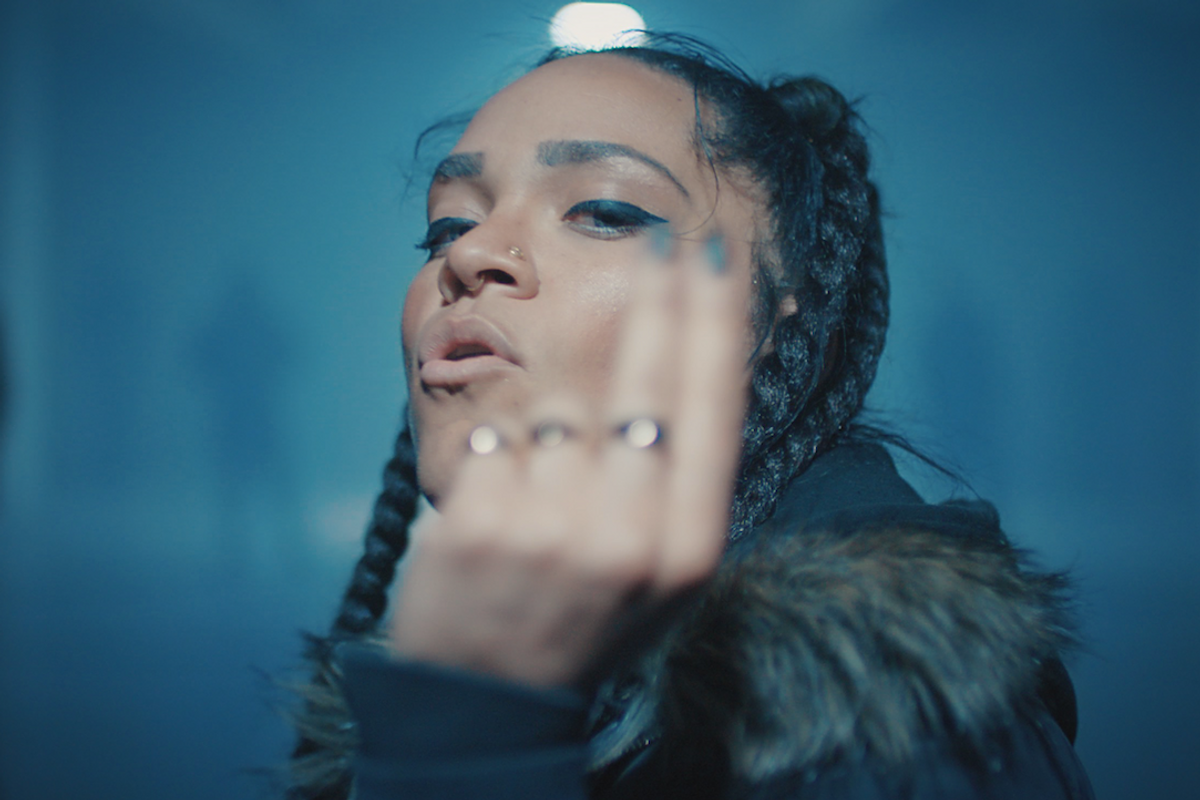 PREMIERE: Tasha the Amazon's "Prayer" Confirms the Toronto Trailblazer is Here to Stay

If you've ever wanted an to go inside Toronto's bashment party scene but you're just not that edgy, Tasha the Amazon's latest offering is here to make your dreams come true.

Following in the steps of hip-hop heavy hitters Drake and Tory Lanez as a Juno Award nominee, Tasha the Amazon is here for the long haul. Rising to the top without label backing or big artist endorsement, no one other than Tasha can claim the title of Toronto's number one underground hip-hop prodigy and she's certainly among those keeping the city one of the most exciting places to make music in the world.

In her video for "Prayer" Tasha brought her crew together to spotlight Toronto's most talented misfits who are her constant source of inspiration. She also wanted to ensure she did justice to the powerful beat anchoring the track, by turning up Toronto style.

"...It has such a crew feeling that it made sense to do a video with the crew being a focal point," she says. "The people in the video are friends who I came up with in the downtown Toronto party scene....I didn't fully realize the energy ["Prayer"] had it until I performed it for the first time. I asked the crowd to repeat after me and they responded so well."

Check the video for "Prayer" below – a must-add to any truly hype pre-game playlist.